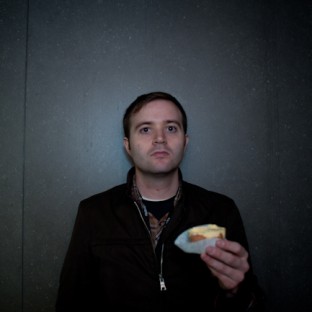 The Quad's new Rated X season is more than enough of a reason for Zach Clark to profess his deep love for X-rated movies.
Zach Clark on the Quad's new season, Erotic City, and a handful of the films that helped him stop worrying and love smut.
Writer-director Zach Clark recounts his adventures, both on and off screen, at the beloved genre film festival in Austin, Texas.
Zach Clark once again revisits Kubrick's ever-shifting final film, this time finding echoes of everything from Jerry Lewis to Pier Paolo Pasolini.
To mark the restoration of Multiple Maniacs, filmmaker and longtime Waters fan Clark sits down for a chat with the Pope of Trash himself.
Age 11, Zach Clark loved this macabre tale about trying to destroy "normal" America. More than 20 years on, he discovers he still feels the same way.
On Liberace's birthday, Zach Clark writes about Soderbergh's biopic of the flamboyant entertainer, which is about to leave Amazon Prime.
Zach Clark sings the praises of one of his all-time favorite movies, M83 member Yann Gonzalez's consciously cinematic orgy film.
It's no fun to read a major critic tear down your vision, but it's sometimes a different matter when the writer is a trolling internet commenter...
Zach Clark kicks off his new column on films about to depart your streaming queue with a personal take on the subject.
Zach Clark details why the inexplicably similar rehash of the 2002 cult hit just doesn't cut it.
The holidays are a perfect setting for a horror film, but is this piece of seasonal cinema a turkey or a cracker?
It turns out watching Guy Maddin's latest retro melodrama is even more awesomely impactful if you're in a fevered state. (And oh, the dreams!)
A Dolan hater does a 180 on the French-Canadian wunderkind after seeing his audacious psychosexual thriller.
The sequel to Soderbergh's male stripper saga is all fireworks and dazzle. And that's nothing but a good thing.
This French crime procedural moves at a slower pace than super-charged modern action movies, but still fetishizes its setting, violence, and drug use.
A master provocateur, whose work revolves around porn, camp and gore, creates shock value in his new film... by not featuring any hardcore sex.
The latest film from one of indie cinema's most vital directors is not, in fact, his film at all. And that's the problem.
Remember your creepy Uncle David from Canada? He was respectable for a bit, but now he's back with the best horror movie he's made since the '90s.
The iconoclastic director's "newest, hottest joint" was crowdfunded on Kickstarter but sourced from a '70s cult classic. Will the backers be happy?
The French fashion designer's first foray into filmmaking prompts a discussion about form, content and cinematic conformity.
When the creative team behind the movie that made you want to be a director reunites 20 years on, how high should your expectations be?
A lover of all things wintry and festive — not to mention a devoted cinephile — identifies the qualities that make us connect to holiday movies.
The indie favorite's latest features plenty of suburban ennui, candy-colored sets and costumes, and attractive young people taking their clothes off.
Ten years on from the previous movie, there's a new addition to the Dracula franchise. But is this origin story worthy of your attention?
The French actor's latest directorial effort prompts discussion of 4x3 aspect ratio, short running times, nudity and the other kind of "TV movies."
A documentary portrait of a man commonly known as a “sexploitation film director” whose films transcended their smutty, low-budget origins.
A wild giallo throwback that's maybe more committed to an intensely stylized approach and highly specific tone than any movie before.
How do you bounce back from the lowest, most humiliating experience of your life? If you're Catherine Breillat, you make a film about it.