Three weeks after last year’s presidential election, I hosted a screening of the 1967 sleaze clas-sick Shanty Tramp at the Alamo Drafthouse in Brooklyn. The screening was part of their weekly “Weird Wednesday” series, which highlights cult movies with 35mm screenings. It’s the sad, tawdry tale of Emily, a slutty, white-trash human tornado that ruins everything in her path. (She’s referred to as “that shanty tramp” far more frequently than by her actual name.) Over the course of 72 minutes, she sullies the reputation of a corrupt local preacher, is frequently molested by and eventually murders her alcoholic father, and accuses the film’s one noble character – Daniel, an honest black man whose mother is murdered by a biker gang – of raping her, forcing him to run for his life from the local police. Racial slurs abound, and nobody believes Daniel’s innocence due to the color of his skin. Emily herself is as much a victim of abuse as she is a perpetrator of it. After the screening, my dear friend Caroline commented that the movie, which wallows eyebrow deep in gross sensationalism, just feels honest in today’s context. This is not the America that Hollywood was telling stories about in 1967, but it existed then, and for 200 years before that, and – hey look! – it still exists today.

Andy Milligan’s bonkers bargain-basement melodrama Seeds takes place at the reunion of cinema’s worst family. The booze-swilling, wheelchair-bound matriarch (a terrifying Maggie Rogers) torments her debauched children who have all gathered to suss out the family fortune over the Christmas holiday. Amidst the constant screaming and non-stop confessions of myriad forms of degeneracy, an unseen killer is picking off the family members one by one. Milligan didn’t necessarily have an eye for talent, but did he have remarkable taste in people, and his knack for casting photogenic weirdos isn’t dissimilar from Andy Warhol and Paul Morrissey. Candy Hammond (Milligan’s “only for the press” wife at the time) is especially engaging as the mostly-topless, muscle magazine-obsessed daughter who puts the whole ghastly affair in motion.

Milligan was a voracious workaholic, directing more than 20 features for the 42nd Street smut circuit in the span of about six years. At the height of his productivity, he was as prolific as Rainer Werner Fassbinder, and like Fassbinder, Milligan was by all accounts a total nightmare of a human being. His films are characterized by an all-encompassing nastiness, from his complete loathing for humanity, to the grimy aesthetics that resulted from his minuscule budgets (Seeds was made for an estimated $12,500). Exploitation movies are by definition trashy, but Andy Milligan movies were frequently treated like actual trash. Over a third of his filmography has been lost, tossed in some dumpster behind a Times Square grindhouse that couldn’t even get their discerning audience of bums and perverts to cough up 50 cents for one of Milligan’s celluloid atrocities.

Andy Milligan movies are the Magic Eye art of cult cinema: in order to really appreciate what’s going on, you have to be able to look through them a little. Milligan shot with the Auricon 16mm news camera for the first several years of his “career.” The Auricon recorded sound directly onto the film, which means everything you (manage to) hear in these movies is from the on-camera microphone in the shot you’re looking at. The Auricon also used a parallax viewfinder, which means that Milligan couldn’t actually see what he was framing and was just guessing that shots were composed and in focus, which they frequently were not. His approach to coverage was delirious and disarming, utilizing a technique that he called “swirl camera,” which is exactly what it sounds like. Milligan did just about everything himself on his movies including most notably, making all the costumes. A former dress-shop owner and clothing designer, Milligan would later adapt the pseudonym “Raffine” for his costume design, French for “refined.” The joy, if you can call it that, of watching a Milligan movie is imagining what the experience on set must have been like. Godard’s assertion that every film is a documentary of its own making was never more true than in the work of Andy Milligan.

With its unending stream of vitriolic dialogue, Seeds proved to be all sizzle and no steak for its theatrical distributor. The solution was easy enough, though – they called in some free-love-friendly body doubles for a day and shot some inserts and cutaway scenes to spice up the action! If Seeds barely held together as a movie to begin with, its theatrical incarnation, retitled Seeds of Sin, throws any attempt at coherence out the window. Entire scenes were excised from Milligan’s cut to make way for more flesh, and the end result is an assault on the senses comparable only to Doris Wishman’s A Night to Dismember, a slasher movie reconstructed entirely from outtakes after the negative of the finished first version was lost in a fire. It is entirely indicative of the size of the New York exploitation film scene that one of the actors in the additional inserts for Seeds of Sin was Uta Erickson, the star of Erotic City’s other can’t-miss selection, Bacchanale.

If Seeds is Trash with a capital T, then Bacchanale is Art with a capital A. Inspired by the films of Fellini, brothers (and BFFs of Michael and Roberta Findlay) John and Lem Amero set out to make an arty exploitation movie that was high on dream logic and low on production costs. Erickson plays a disturbed young woman who steps out of her body while sleeping, following a mysterious red dot down a fire escape, and ending up in a cyclical series of vignettes involving a fashion show, a cemetery, and the craggy pits of Hell (played here by a Manhattan loft full of papier-mâché and kitty litter.) The Ameros were sexploitation veterans when they shot Bachhanale in 1970, but during production the release of Mona, the first hardcore pornographic film to screen theatrically in New York, changed their careers irrevocably. Originally intended to be a lyrical experimental film with enough T&A to get it booked on the Deuce, their new film now had to contain unsimulated sex to compete at the box office. Because of this, Bachhanale is one of a very rare breed – a 35mm black-and-white hardcore feature.

I first saw Bacchanale, Seeds, and Shanty Tramp in the early 2000’s while working at Video Vault in Alexandria, Virginia. The Vault’s owners, Jim and Jane McCabe, were former employees of the Reagan administration who quit their jobs to fulfill their video-store dreams with seed money from Jim’s best friend since college, Lee Atwater. Atwater loved cult movies and down & dirty rock ‘n’ roll, and while digging the ditch of dirty politics and furthering the Republican party’s agenda by actively preying on white America’s fear of minorities, he invited James Brown, John Waters and more of his personal heroes to party with him at the White House. Atwater was dead by the time I arrived, but I served behind the counter with both of his daughters, and met his wife several times, and they were some of the nicest, strangest people I’ve encountered. Smarmy hipster Nazi Richard Spencer’s headquarters is six blocks from where the store was located when I started there as a senior in high school, and 10 blocks from where I took art classes in middle school. I wish I had something insightful to say about the facts that I just listed, but I feel compelled to mention them regardless, because as much I can try to escape briefly from this big, gross mess we’re in, all roads lead unavoidably to the present.

“You take the worst of everybody – that makes good theater,” said Andy Milligan, reminiscing about Seeds. “Originally it was called Incest, because it’s all incest. A nasty, money-grubbing family – a family of hatred … We must strip away all the cotton candy. Nobody is nice in it, nobody is sympathetic … If you made Seeds today, it would be a hit. It’s exactly what people are today.”

Invaluable research for this piece was taken from The Ghastly One: The Sex-Gore Netherworld of Filmmaker Andy Milligan by Jimmy McDonough, Sleazoid Express by Bill Landis and Michelle Clifford, and When Softcore Became Hard: The Story of Bacchanale (1971) by John Amero for The Rialto Report.

Andy Milligan
film essay
John and Lem Amero
pornography
Zach Clark
Françoise Hardy Has a New Favorite Band
“Everybody Dies Frustrated and Sad and That is Beautiful,” or How Satyajit Ray’s Pather Panchali Helped Me Through a Shitty Time 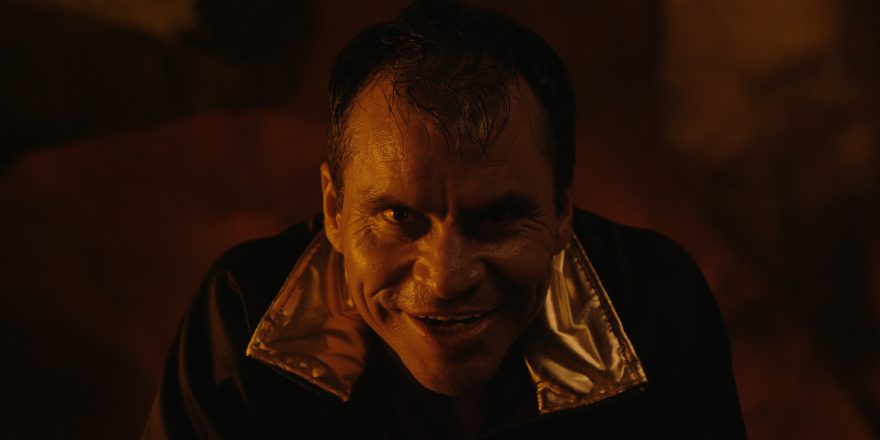