Few things inspired my adolescent imagination more than the “Guilty Pleasures” chapter from John Waters’ book Crackpot. In it, Waters lists some of his favorite arthouse films with the same prurient glee that most cineastes reserve for Plan 9 from Outer Space or The Apple. This was the time I heard of Fassbinder and Pasolini, and like with every other thing I was reading about at the time (J. Hoberman’s Midnight Movies and Waters’ previous book, Shock Value, were my teenage bibles) I made it my mission to see every movie mentioned. As vast as the collection at Alexandria, Virginia’s Video Vault was, they didn’t carry everything. The missing pieces of the “Guilty Pleasures” list became my Holy Grails, and throughout high school and college I’d ask about them any time I went to a video store in a new city, turning up empty-handed until I finally located one of them – a bargain-basement May-December melodrama from 1961 named A Cold Wind in August – at Portland, Oregon’s Movie Madness. It was a third-generation bootleg, but that only added to the experience. The analog fuzz of VHS could turn subpar gore effects into snuff-film realism, and transform the mildly erotic into pure sleaze. A Cold Wind’s kitchen-sink kitsch was designed to bring the audience down to its level, and watching a grey-market rental alone in a basement only made my viewing experience feel secret and special. I earned this.

It felt like a minor miracle, then, when A Cold Wind in August popped up on Netflix streaming a few years ago. I’ve always balked at anyone who’s dismissed Netflix’s selection as being limited. I’ve made some incredible discoveries digging through the depths of their catalogue. Had I not decided to add every Shah Rukh Khan movie from the ’80s and ’90s to my queue, I never would have seen Yash Chopra’s Darr – a Bollywood romance about stalking that includes a terrorist attack, multiple homicides, a trip to Switzerland, and a 9½ Weeks reference. Almost the entire Jean Rollin catalogue has been made available at the click of a mouse, including Lost in New York, which is a movie about two women in white masks who magically teleport from France to New York City and then do next to nothing for an hour. The fact that films this obscure, outré and uncommercial have been made available to anyone in America who can pay $8 a month is a true testament to the Internet age. I’d urge any and all Netflix subscribers to cancel their weekend plans in lieu of a Cold Wind in August/Darr/Lost in New York triple feature, but Netflix doesn’t carry them anymore. As nice as it is to have unlimited access to the infinite shelves of a digital video store, licenses expire and some films can disappear back into the ether as quickly as they emerged from it.

As someone who’s frequently reached the limit of films I can add to various streaming queues, I’ve come to rely on expiration dates as a way to prioritize my home viewing habits. When given the argument that rentals on a video-store shelf never expire, I’ve always countered I like that streaming titles expire, as it approximates the same sense of urgency to watch a movie before you have to return it. It was especially bittersweet, then, that after pitching this column and perusing the lists of what was leaving Netflix this month, I discovered my own film, White Reindeer, is only available through the end of this weekend. The movie premiered at the 2013 SXSW Film Festival, and was released theatrically later that year, but as well as it did in the press and the eyes of my peers (perceived success is as valid, if not more, than actual success in the indie film “business”) during its initial run, its presence expanded significantly once people could access it with the minimum amount of possible effort. I don’t know how many people watched White Reindeer on Netflix, but the fact that anyone who wanted to see it, and maybe more importantly, that people who had never heard of it could discover it, was immeasurably important for me and the film. It’s been up there for two years now – the standard length of a license for a smaller IFC release, I’m assuming – but the timing feels eerily symbolic, coming right on the heels of the world premiere of my new feature, Little Sister, at SXSW. Having a film on the festival circuit is a little like having a secret, something a very few number of people have seen but far more have heard of or spoken about. Little Sister is primed to be discovered, and White Reindeer can now only be rediscovered.

The Internet giveth and the Internet taketh away. Until it resurfaces on Netflix or another streaming outlet, its audience will most likely have specifically sought it out, typed its title into a search bar and spent $5 for a two-day rental. Maybe that will make their experience of the film feel more personal, but that’s wishful thinking on my part. Our society isn’t in the habit of paying for its entertainment à la carte anymore. It’s a little nerve-wracking to think that, especially with no commercial DVD release, White Reindeer may have more or less run its course after Monday. Thankfully, I have something new to take its place, which in the grand scheme of film history and criticism isn’t exactly how I’d like my work to be viewed, but ultimately feels akin to the way movies were seen and exhibited at their inception. When they left the theater, they were gone, never to return again unless popular opinion demanded a re-release. Again, I’m romanticizing, but from a personal standpoint, the impermanence of modern media is all the more reason to keep generating new work. Maybe someone will watch Little Sister on Netflix in the near future, like it, and then go pay $5 to rent White Reindeer. I think that’s how these things are supposed to work?

Last November, just after returning home from production on Little Sister, I was told that at a recent speaking event, John Waters was asked which recent films he enjoyed and he mentioned White Reindeer. It felt like a career-high point, some sort of big cosmic message that childhood dreams can sometimes come true, and after just completing a project which caused me more emotional and financial stress than anything before it, a reassurance that I was meant to be making these things. I can only assume he saw it on Netflix, and I am eternally thankful for that. And thank you, dear reader, for indulging me this time around. As I continue this column, I promise to try and put on a back-burner the philosophical and cultural ramifications of instant access to everything all the time. Let’s peruse the shelves of the big video store called the Internet together, while I do my best to highlight anything I’ve unearthed or revisited before it gets sucked back into the digital void.

White Reindeer is available on Netflix until Monday, March 28.

A Cold Wind in August and Lost in New York are available to stream on Amazon Prime.

Darr is available to purchase on DVD and Blu-ray. 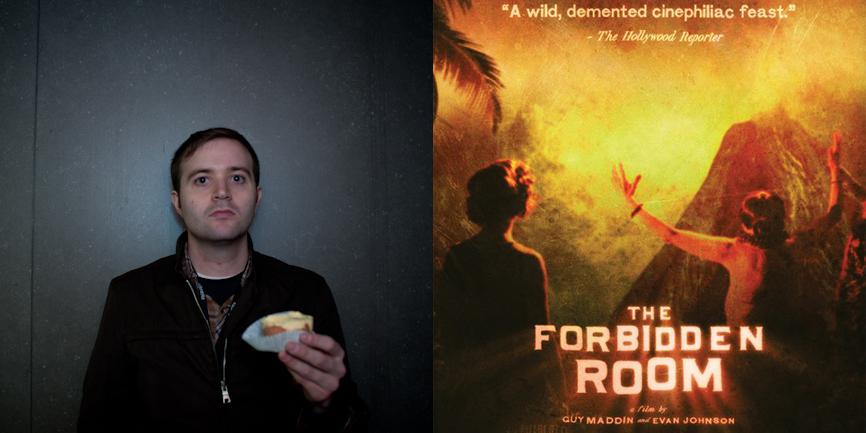