Talkhouse is a Webby-Award-winning first-person media company and outlet for musicians, actors, filmmakers, and others in their respective fields. Artists write essays and criticism from firsthand perspectives, speak one-on-one with their peers via the Talkhouse Podcast and Talkhouse Live events, and offer readers and listeners unique insight into creative work of all genres and generations. In short— Talkhouse is writing and conversations about music and film, from the people who make them.

Talkhouse has been widely covered in Fast Company, Forbes, New York Times, Variety, and more. Its podcast network comprises shows like the Talkhouse Podcast, Aquarium Drunkard’s “Transmissions,” The New Republic’s “The Politics of Everything,” Emil Amos’s “Drifter’s Sympathy,” and Open Mike Eagle’s Stony Island Audio Group. Talkhouse is built on a foundation of Creators—musicians, filmmakers, actors, athletes and more. We believe in talent-centric and story-centric approaches, telling personal stories that resonate with audiences in personal ways.

“Talkhouse is the best place to find new album reviews written by actual recording artists… podcast is audio proof that it is possible to start off as a fan and end up a friend.” – AV Club

More press and praise for Talkhouse 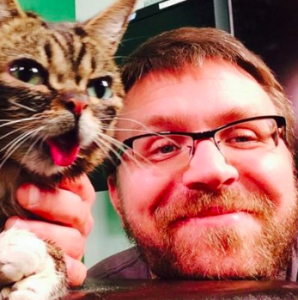 Josh Modell began his writing career with vicious critiques of his grade school’s cafeteria food, for which he won zero Pulitzers. Fresh out of high school, he managed one of the finest independent record stores in the country (RIP Atomic Records), promoted lots of concerts, and published a music ‘zine (RIP Milk Magazine). From 2000-2018, he worked in various editorial capacities for The A.V. Club, from copy boy to editor-in-chief to editorial director of the whole Onion Inc. empire. He has also had bylines in SPIN, Rolling Stone, Magnet, Vulture, and the Shorewood Herald, which published his prizewinning ($15) “spooky story” in seventh grade. He once sang live-band karaoke with Sting and, maybe in the same year, failed to reciprocate a really cool handshake offered by Dr. Dre. 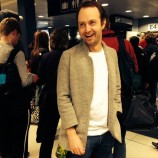 Nick Dawson is the author of the 2009 book Being Hal Ashby: Life of a Hollywood Rebel, the first biography of Hal Ashby, and he edited Hal Ashby: Interviews and Dennis Hopper: Interviews for University Press of Mississippi’s “Conversations with Filmmakers” series. His audio commentary can be heard on the Criterion Collection’s disc of Ashby’s Harold and Maude. Dawson was formerly the Managing Editor at Filmmaker magazine and Associate Editor at the Focus Features website. Born and raised in Scotland, he now lives in Brooklyn with his wife, daughter and three cats. He is arguably best known for being hospitalized at Sundance 2013 with kidney stones. 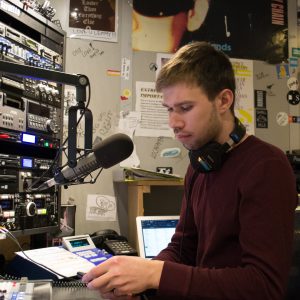 Keenan Kush is a lifelong music and radio fan. After enrolling at NYU, he spent all his free time at the radio station WNYU. He’s created several podcasts, occasionally still guest hosts at WNYU, and has most recently worked at WNYC.

keenan [at] the talkhouse dot com 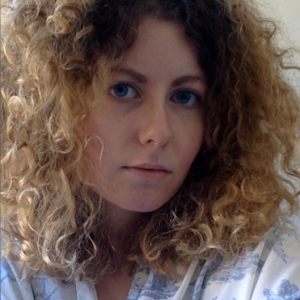 Annie Fell is a writer and editor from Illinois. She lives in New York and has written for Pitchfork, Vice, and elsewhere.

annie [at] the talkhouse dot com

Ian Wheeler is the Co-Founder and Publisher of Talkhouse. Some of his first experience in the entertainment industry was writing about music for alt-weeklies Charleston City Paper and Athens, GA’s The Flagpole. He soon began managing bands and eventually co-founded Partisan Records, which led to a desire to improve the art criticism ecosystem and became the impetus for Wheeler and business partner Tim Putnam to start Talkhouse. To this day, he still apologizes for his early attempts to write about music and art, and now leaves that to the musicians and artists themselves.

ian [at] the talkhouse dot com