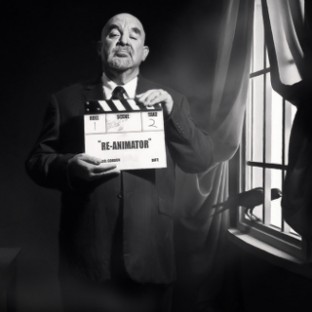 RT @charliehillart6: BTD - James Stewart - On set with Hitchcock on THE MAN WHO KNEW TOO MUCH - 1956 https://t.co/5FeafHlE7c

Writer-director Stuart Gordon, who worked with Stan Lee in the 1990s on an adaptation of Iron Man, remembers Marvel's mastermind.
An appreciation of the silver screen's most iconic maternal moments.
Stuart Gordon flashes back to the time he met with the interspecies linguistic researcher to discuss a sequel to Honey, I Shrunk the Kids.
The genre director investigates the strange disappearance of his favorite movie of 2016 (and finds himself feeling oddly sorry for Steven Spielberg).
Stuart Gordon reflects on the gold-medal drama he's enjoyed by watching the U.S. gymnastics team at the current Olympic Games in Rio.
Director Stuart Gordon recalls when, while running a theatre company in Chicago in the 1970s, he first met the iconic playwright and filmmaker.
Stuart Gordon recalls working on the Disney live-action favorite with Katzenberg, who recently moved on from the company he co-founded, DreamWorks.
Stuart Gordon shares the story of his failed attempt to bring Bret Easton Ellis' iconic cult novel to the big screen.
Stuart Gordon pays tribute to the late Dr. Marshall Purdy, and recalls an early directorial effort that set the tone for their stormy relationship.
The veteran director kicks off his new Talkhouse Film column by weighing in on the controversy surrounding the change in Oscar voting rules.
Recorded live at Soho House, one of the great living genre directors in conversation with the creator of the 2016's latest horror sensation.
The horror directing great is shaken by a troubling (but horribly familiar) premise and two phenomenal central performances.
A recent convert to the fiction of Patricia Highsmith is transported back to his past by a spot-on adaptation of her once-scandalous second novel.
A horror movie that caused an audience member to have a seizure? Yes, it's that good.
This vivid rendition of the infamous 1971 pschological study is so powerfully impactful it is likely to prompt your own incarceration flashbacks...
In the most famously haunted hotel in America, a film scares this Master of Horror with a most powerful weapon: the truth.
This psychosexual thriller, about a sexual surrogate and the unhinged client who gets too close, conjures up a convincingly depressing world.
A dark, compelling thriller about an unholy alliance between a journalist and a maker of snuff films hides a sinister "family" connection in amongst a
The veteran horror director highly recommends this taut, tough, darkly funny Australian thriller, but warns that it's not one for the squeamish.
The veteran horror director rummages through this grab bag of 26 shorts, and focuses on the ones that are horrible in the best sense of the word.
The fear of the unknown is the most primal terror of them all, and a young writer-director brilliantly exploits this in her feature debut.
The veteran horror director gets a taste of this arty Spanish tale of a serial killer with a penchant for human flesh.
Nothing Bad Can Happen is a German film that couldn’t have been made a few years ago. Although the Germans have no problem with sex scenes...
The Sacrament can be described as a “found-footage” film. This term was popularized by The Blair Witch Project in 1999...
After spending my life directing plays and movies and receiving my share of reviews...