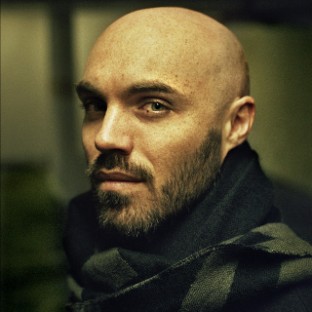 In a conversation recorded at Soho House in L.A., writer-director Lowery chats with longtime friend Ponsoldt about his new movie.
Pete's Dragon's director defends the reputation of Duncan Jones' much maligned sword-and-sorcery blockbuster (and another cinematic spectacle).
In bed with a cup of tea, having lunch or stifling a sneeze, Talkhouse Film contributors share their Sundance picks from Park City and beyond.
The latest cinematic version of The Scottish Play is a slowed-down, amped-up overpowering tapestry that wields much power beyond the Bard's language.
A procedural set against the backdrop of the war against drugs, Villeneuve's new movie is powerful, unsettling stuff.
What happens when you want to see the sequel because you really enjoyed the first movie, but then your wife points out you never actually saw it?
Through the grip of a terrible fever, a filmmaker offers his perspective on the Swedish absurdist master's latest movie.
On a plane going to the other side of the world, the Texas filmmaker tries to Linklater's long-gestating masterpiece.
Pondering the latest (disappointing) exploits of the half-shell heroes, and what kind of movies kids deserve and get.
Its heady seriousness and three-hour running time make this year's Palme d'Or winner a daunting prospect, but the film holds slow-burning pleasures.
A dramatic pretext is brilliantly played to comic effect in this dry and very funny Swedish film that took Cannes by storm earlier this year.
Watching a new work by a favorite director, the Texas filmmaker dwells on a long, suspended moment in this austere portrait of poverty.
Pondering the latest (disappointing) exploits of the half-shell heroes, and what kind of movies kids deserve and get.
“It’s always right now,” the young protagonist of Boyhood says in the final moments of the film...
I’ve been obsessing a bit over the fact that David Michôd’s new film, The Rover, takes place in the future. “10 Years After the Collapse”...
James Gray’s The Immigrant has had a rather prolapsed and still-not-complete journey to the big screen in the United States...