Underrated/Overlooked is a seasonal series in which Talkhouse Film contributors nominate films or TV shows from 2016 which did not receive the attention or acclaim they deserved. — N.D.

I never thought I’d feel sorry for Steven Spielberg. After all, he has had more successes than any other director alive or otherwise. But this past summer his latest film, The BFG (short for Big Friendly Giant) disappeared without a trace less than two weeks after it was released, making it the one of biggest bombs of Spielberg’s long and fabled career. This despite it being released by Disney Studios, a company known for marketing the shit out of each and every one of its products.

The BFG, based on a book by esteemed children’s author Roald Dahl (the man responsible for such classics as Charlie and the Chocolate Factory, Matilda and James and the Giant Peach), saw Spielberg team up again with the late screenwriter Melissa Mathison (who died last year), after their highly successful collaboration on E.T. The film tells the story of Sophie (screen newcomer Ruby Barnhill), a 10-year-old orphan living in London, who, unable to sleep, discovers a 24-foot-tall giant (Mark Rylance) skulking around outside her window in the middle of the night. In an attempt to keep his existence a secret, he kidnaps her and carries her off to Giant Country, where she has extraordinary and fantastical adventures.

I first saw The BFG with my grandchildren: Isabel, aged 7, and her little brother Ben, who is 3, and although they were slightly frightened at first (like Sophie), we all found ourselves caught up in the magic of this delightful film, laughing our heads off at some scenes and tears rolling down our cheeks in others. The last time a film had this effect on me was Terry Gilliam’s brilliant The Adventures of Baron Munchausen, which also was so undone by a shoddy release that almost no one saw it. After seeing Munchausen, I found myself writing a letter to the director, something I had never done before, telling him that I thought his film was a classic that would stand the test of time and take its place as a perennial favorite next to The Wizard of Oz.

The performances in The BFG are phenomenal. Ruby Barnhill seems like a real little girl, not too cute and never cloying, with the impatience of someone who has had to make the best of a hard life and yearns to be part of a real family, loved and well cared for. And Mark Rylance is astonishing in the title role: gentle and shy with a mouthful of malapropisms that echo Willy Wonka’s unique vocabulary. (Snozzcumbers, anyone?) The fact that his performance was motion-captured makes it even more amazing; unlike motion-captured actors in Robert Zemeckis’ films (which used earlier versions of this technique), Rylance seems a living presence, his eyes twinkling with life and mischief.

The special effects are stunningly beautiful (particularly a trip to the land of glowing dreams) and longtime Spielberg collaborator John Williams creates a magical score that reminded me of Ravel’s Daphnis et Chloé. Enchanting.

So what went wrong? It’s possible that the problems began at the film’s premiere at the Cannes Film Festival in June. Supposedly the first question at the press conference was about Roald Dahl being an anti-Semite – definitely a turd in the punch bowl.

I had the pleasure of spending time with Mr. Dahl many years ago, and although a confirmed curmudgeon, I never heard him make a single disparaging remark about my faith. But even if this nasty smear of his character were true, what does it have to do with this film? The fact that two of my literary heroes, H.P. Lovecraft and Patricia Highsmith, were both raging anti-Semites does not, in any way, make it impossible to appreciate the brilliance of their writing.

So the initial reviews were mixed at best and perhaps distributor Disney panicked and lost faith as a result. But the fact that as far as I can see there are no toys, games or even picture books based upon The BFG tells me that Disney had abandoned the movie long before its release.

The makers of so many family films believe they have to keep things moving at a frantic pace to prevent the tots from growing restless. It irritates me that so many Pixar films end with mad chase sequences that seem to go on forever. It’s as if the filmmakers lack faith in their own central conceit; that a house lifted by colorful balloons or a lonely scavenger droid on an abandoned Earth aren’t wondrous enough to keep the viewers enrapt. So we get formulaic retreads like Finding Dory that make a fortune, while a truly imaginative film crafted by a trio of master storytellers struggles to find its audience.

Sadly Melissa Mathison died of pancreatic cancer before The BFG was released. But she blesses us all in a fond farewell she added toward the end of the film. Sophie asks the BFG about a captured dream that he has labeled with her name. He replies in his mangled English:

“It tells the story of a little gal, a little chittler with her whole life ahead of her – with a family of her own. Little chittlers of her own too – someday. There will be great successfuls and funnies ahead for her. And truth to tell, just a dribble of despair. Times will be hard, times will be soft. Adventures will come and go, but in the end she remembers the good deeds. And Sophie, I know that story is your heart’s desire. I know that.”

The BFG comes out on DVD this December. Do yourself a favor and see it with someone you love. 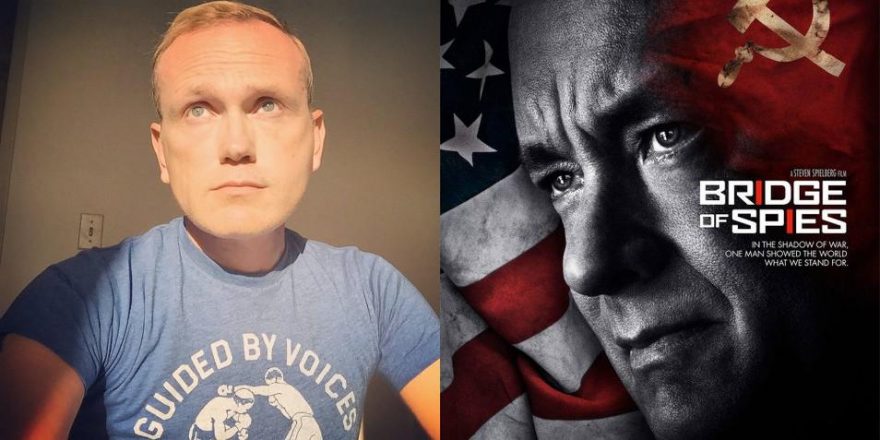