As a director and writer of horror movies I have learned that true stories can be far more disturbing than anything one can dream up. Vampires, zombies and creatures from outer space have nothing on the real-life monsters who walk amongst us. They commit hideous crimes we see every day in the news, our jaws hanging open in disbelief.

When I first heard about Irish filmmaker Lenny Abrahamson’s film Room, based on the best-selling novel by Emma Donoghue, I assumed its story of a girl kidnapped at age 17 and kept as a prisoner for seven years in a small locked room was inspired by the real-life case of Ariel Castro. He imprisoned three young women in his house in Cleveland for 10 years. When arrested in 2013, Castro, who had repeatedly beaten, raped and starved the women, pleaded to the judge that he was not a monster. (No one ever thinks they are.) The judge’s response that Castro was quite certainly the worst kind of monster might have been partially responsible for him hanging himself rather than face the more than nine hundred charges against him.

But it turns out Donoghue’s book was inspired by another monster. In 2008, a case came to light in Austria in which Elisabeth Fritzl was discovered imprisoned by her father. She had been locked up for 24 years and gave birth to the seven children that he fathered. In Room, the main character is Jack, the 5-year-old son of a young woman he calls Ma. He has spent his entire life in what he refers to as “room” and knows nothing of the outside world. All he has ever seen is the little patch of sky he can glimpse through the skylight and whatever he and his mother can watch on a small television screen. Having never left “room,” Jack is unclear as to what is real and what is not, unable to tell the difference between animated cartoon shows and the nightly news.

The man who has imprisoned them is known only as “Old Nick,” and Jack must hide in a closet when Nick shows up to have his way with Ma. The boy can only see glimpses of the scrawny bearded man through the slats in the closet door. We learn Nick has been out of work for six months and is about to lose the house to foreclosure. Ma suspects she and her son will be killed before Nick has to surrender the house and she must quickly devise a plan to escape in order to save them both.

The film is incredibly claustrophobic, keeping us locked in the 8-by-10-foot room with Jack and Ma. Abrahamson has clearly taken a page or two from Polanski’s very subjective approach to filmmaking. We soon find ourselves plotting escape scenarios. How would I break out?

And we are shown how the brutal kidnapping of this young girl and her seven-year absence has affected her entire family, causing the marriage of her parents (the great Joan Allen and William H. Macy) to be destroyed. They too have been permanently scarred by this ordeal. Two more victims.

The performance by Brie Larson as Ma is nothing short of extraordinary. Tough but caring, it is her love for Jack that gives her the hope to keep going and to endure such a cruel captivity. She ultimately hatches a plan that depends on the courage and ingenuity of her little boy and the film builds edge-of-the-seat suspense that would even impress Hitchcock.

But it is the work of young Jacob Tremblay that I found the most astonishing. Ma has her memories of her own childhood, a better time that she can visit in her dreams. But Jack has never ever seen the outside world and his reactions as he experiences new sights and sounds are both exhilarating and shocking to him. Viola Spolin, the great teacher of improvisation, always said children are the best actors. And Jacob Tremblay has proven her right. He is simply phenomenal.

Room is that rare and wonderful film where everyone – writer, director, actors and crew – are on the same wavelength. And the result reminds you that great movies are very simple things. They make you care about the characters. And they don’t need big explosions or flashy car chases to impress us. Like Jack, Room makes us feel as if we are seeing the world for the very first time. And it’s thrilling. 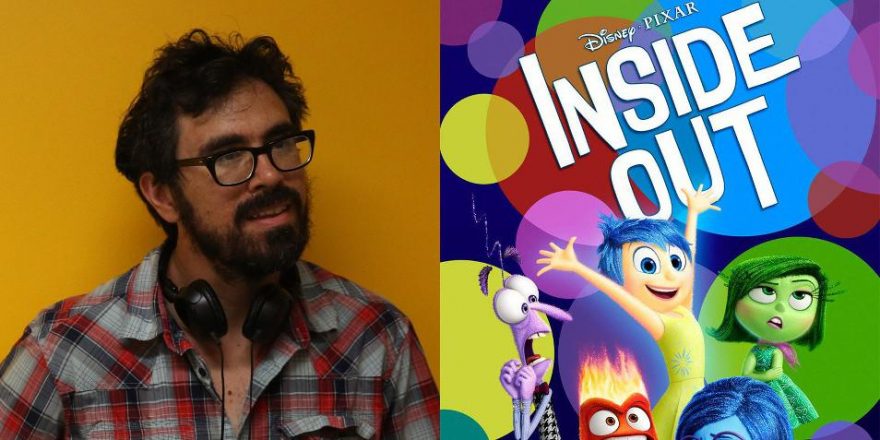