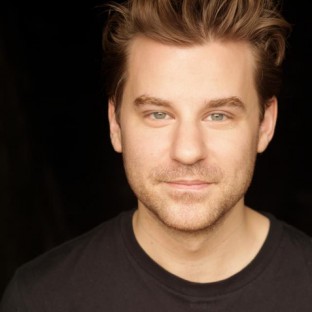 Texted my sister in a genuine panic when this was announced as "The Not-Too-Late Show with Elmo" is my 15-month-old… https://t.co/udu8SXfYPs

Writer-director Stephen Cone looks back on a movie that changed how he saw cinema, and himself.
Though Kay Cannon's debut has many of the trappings of a straightforward studio comedy, underneath is a much more complex, satisfying movie.
Stephen Cone on why, in this digital age, Carroll Ballard's nature movies are more important than ever.
Allison Anders, Charlie McDowell, John Krokidas and more pay tribute to the late Oscar-winning director of The Silence of the Lambs.
Stephen Cone on Olivier Assayas' beguiling new film, and the other rare movies that have powerfully lingered with him in the same way.
Stephen Cone on the latest film by the criminally undervalued French filmmaker André Téchiné, a director very important to Cone's life and work.
Stephen Cone shares his ongoing, ever-growing appreciation for Kathryn Bigelow's high-octane thriller, which is a quarter century old this summer.
Talkhouse Film contributors, including Alex Winter and Robert Greene, offer their tributes to the late great Iranian director.
Writer-director Stephen Cone, an ardent, longtime Davies fan, connects strongly with the British auteur's latest feature.
Talkhouse Film contributors dig around on IMDb, Amazon, Netflix and more to find the most hilariously outspoken takes on their movies.
Stephen Cone celebrates the multihyphenate genius' stealth project, which goes back to basics to create something entirely new and exciting.
Two decades after its theatrical release, a filmmaker looks back on a movie that changed how he saw cinema, and himself.
A filmmaker who has found the perfect balance between stylistic and character-driven elements elicits the latest great Al Pacino performance.