The year 2018 was the most topsy turvy – politically, socially, culturally – in my memory. From the high stakes to the low stakes, at every turn it seemed to be opposite day; what was previously true was true no longer, the hidden was made visible, and vice versa. You hear “Yanny,” I hear “Laurel.” Good Morning America turned into The Twilight Zone. And, for this viewer, at least, the strangeness extended to film. In what was simultaneously the weakest and most interesting year for movies in a long while, my own opinions startled me at every turn. Art films seemingly tailor-made for me left me cold while genre trash and cash grabs I expected to hate had me floating. And the cherry on top, so to speak: a studio sex comedy starring Leslie Mann, John Cena and Ike Barinholtz not only cracked my Top 3 films of the year, but also moved me without end and, to my mind, nobly points the way to a greater America.

The plot of Blockers, the triumphant feature debut of Pitch Perfect screenwriter Kay Cannon, is right out of the Hollywood playbook. Three fortysomething parents discover that their daughters are planning to lose their virginity on prom night and set out to stop them. What follows is, to a great extent, exactly what one might expect from a comedy of this sort: a fairly standard high-def prestige TV look, visual continuity sacrificed at the altar of The Joke and/or The Riff (it should be said no less than Scorsese/Schoonmaker tend to embrace this habit in spades), actors half-in and half-out of character, crudeness galore (a personal fav line: “I’d rather eat 10 dicks than one Mound”), at least one vomit-soaked sequence, a dozen or so sexual sight gags (refreshingly, in this case, at the expense of men) and some blatant life lessons tossed in for good measure. And yet, both on and underneath the surface, Blockers proves itself a cut above, the cumulative impact of the whole belying an air-tight integrity of technique and soul.

Setting aside Scorsese and Schoonmaker, there is an unfortunate habit in modern American comedy wherein a director and/or studio is seemingly so enamored with their performers, so keen to be liked in return, that the integrity of the material is ripped to shreds as the actors are encouraged to riff and ramble in a way that completely betrays the character. As a filmmaker myself, I don’t like to name names, but let’s just say that … most … Hollywood comedies of the past decade or so are guilty of this. This is different from building a project around personality, in which case the riffing can become the movie, and can be quite brilliant. But so many comedies want to have their cake and eat it, too. In the case of Blockers, it should be said that the first 20 minutes or so do relatively little to indicate the greatness ahead. And yet, even in the more conventional early moments, the rambling jokes and hyper-speed, anxiety-spawned riffs by all manner of comic performers are an extension of the frantic and panicked unprepared parental units. Of the many gangbuster elements in the film, the casting is particularly ingenious in telling the story of how quickly these parents themselves morphed from teenagers to parents of teens, and the human comedy of playing catch-up with the other side of moral education. The showcase extends to those playing the teens themselves, with Kathryn Newton, Geraldine Viswanathan and Gideon Adlon, alongside their male (and female) counterparts, giving performances of astonishing freshness and vitality.

There are plenty of other technical achievements which raise the film above its ilk, namely a brighter-than-usual color palette that would make Minnelli proud, a rare under-reliance on music, exceptional pacing, an effectively surreal middle section in which the parents are trapped within a Twin Peaks-esque forest (an early middle-aged No Exit of their own making), and, most significantly, an astonishing polyphonic generosity that allows Cannon’s lens to shift seamlessly from one point-of-view to another, no villains in sight. Most of these elements come together in perfect harmony within the Movie Scene of 2018, a Hall-of-Famer in which Leslie Mann narrowly escapes from her daughter’s hotel room sight unseen, a rare sight gag loaded with profound meaning. All of this to say: Blockers is a very good movie. And yet, its greatest achievement, the gift that I hope against hope it will keep on giving for generations to come, lies beneath its deceptively light surface, in the healing river of wisdom that flows below.

One hundred fourteen people were killed or injured across 24 school shootings last year, each shooting followed, like clockwork, by dozens of thinkpieces attempting to diagnose The Problem. Too many guns, too little God. Video games, mental illness. At this point, a bot could write the thinkpiece and we wouldn’t know the difference, even as we nodded affirmatively. It’s obvious at this point that America has a gun problem, but America will blast itself into oblivion before that changes. In the meantime, a modest film comedy like Blockers, perhaps even unbeknownst to its own makers (but likely not), seems to me to dig deeper into The Problem and come closer to a solution for the nation’s bloody ailment than any op-ed that’s ever flown across my many screens.

To take a left turn into National Problem territory at the conclusion of an essay about Blockers, of all movies, is to risk tastelessness and tackiness, at best. And yet it struck me, midway through my second viewing, that, intended or not, some sort of National Answer lies within this very important movie. This is what Blockers understands: that the soul is contained within the body, and that spiritual health starts with a deep-seated faith in the beauty and power of one’s own vessel. It understands that said faith and goodness comes from being blessedly affirmed by our guardians and friends. It understands that only by endowing children with a belief in the moral value of their one body will they be able to move forward into life with mindfulness and care. When one cares for the body – seeing it as special and powerful – the desire turns outward, toward care for others, because the power is also theirs. Though this philosophy, from the Blockers Bible, may not seem entirely compatible with the traditional Christian value of abstinence, the movie itself becomes largely, and beautifully, about saving oneself for the right person. However, as the majority of American evangelicals have officially sold any hold they had on sexual values to the Devil himself, thank the Good Lord the rest of us can finally move on into a world where the joy of sex is grace manifest, and where true and rightful human respect resides and grows, forever and ever amen. 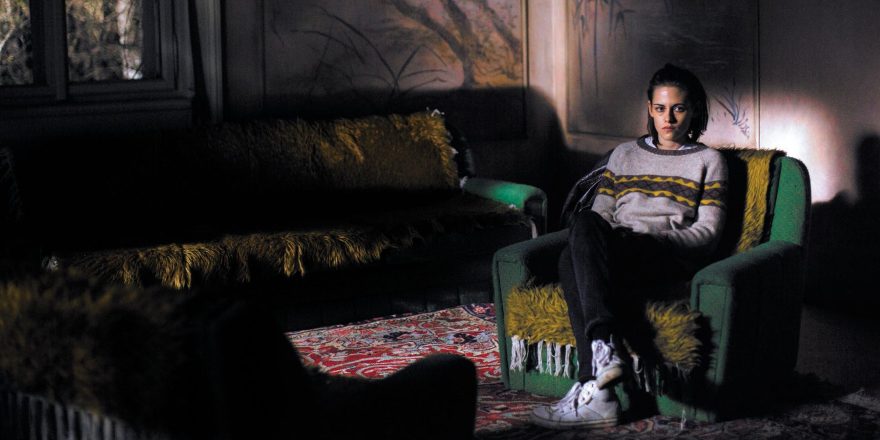 Personal Shopper and the Movies That Haunt Us