There is a beguiling tradition of commingling spiritualism and art, exemplified by the words and works left behind by abstract painters Hilma af Klint and Wassily Kandinsky. Here, from the latter: “The true work of art is born from the ‘artist’: a mysterious, enigmatic, and mystical creation. It detaches itself from him, it acquires an autonomous life, becomes a personality, an independent subject, animated with a spiritual breath, the living subject of a real existence of being.” And af Klint: “The pictures were painted directly through me, without preliminary drawings and with great power. I had no idea what the pictures would depict and still I worked quickly and surely without changing a single brush-stroke.” These ideas are both embodied by and directly confronted in Olivier Assayas’ Personal Shopper, to head-spinning, profoundly moving effect. I have not been so beautifully, ferociously shaken by a film in a very long time.

On paper, the narrative is fairly straightforward. Kristen Stewart plays Maureen, an American personal shopper in France who devotes her days to the material needs of a fashionista. Maureen’s twin brother, a professed medium, has recently died from a heart defect. Before he died, we find out, the siblings made a pact that whoever leaves first will contact the other with a sign from the beyond. And indeed, Maureen becomes haunted by a presence who may or may not be her dead brother. That’s just on paper, but there is a lot more going on, both inside and outside the narrative.

“Haunting” has become an annoyingly go-to descriptor for any film that speaks softly and elliptically, and yet to me Personal Shopper epitomizes the term in new, exhilarating ways, not so much because it is, on the surface, a classically literal ghost story, but because the entire operation – as an invented work of art – feels haunted by so many presences: there is the perceived ghost within the story; the very imaginative idea of her unseen brother; the digital persona of Maureen’s boyfriend (seen only via Skype in the film); the fictional spirit that is the non-existent character of Maureen played by Kristen Stewart; the peripheral characters on screen; not to mention, the supernatural creative impulse behind Assayas’ original idea, the ghost of the movie itself, and of movies and beings, past, present and future, that continue to live inside Assayas and Stewart.

When I saw Personal Shopper last week, I was not prepared for what an overwhelming effect it would have on me; I’m not sure I’ll ever know exactly why. Oddly, though, walking out into the crisp Chicago evening before descending into the subway station below State Street, my first thoughts were about the spiritual qualities of literature. Much has been written about film as a communal experience, and indeed we’re living in a disconnected age when this feels particularly important to harp on. But the crowd around me faded away during Personal Shopper, the experience closer to reading a passage in a book one feels is being directly and personally communicated from an outside source; a voice from beyond. As I climbed onto the Red Line train to Howard, heading home, I pondered other times that felt this way after seeing a movie. I could think of only three films: Boys Don’t Cry, A Woman Under the Influence and Shoah.

Boys Don’t Cry, which I first saw in theaters while at college in South Carolina, marks the first time I felt not generally, but actually and literally haunted by a film. I walked around for days afterward sensitive to the very real presence of Brandon Teena, unable to exorcise the film’s dusty soul from my body. I was, at that time, a 19-year-old preacher’s kid two hours from home, coming into my own queerness. The writer-director Kimberly Peirce and star Hilary Swank, clearly possessed by powers bigger than themselves, created a film that stayed with me so intensely I had to go back during break. I needed to be close to it, this entity that knew my name; that so painfully evoked the exciting & dangerous experience of being queer in Middle America, its aching loneliness and vibrant potential. Boys Don’t Cry is a singularly powerful ghost story that has never left me.

With A Woman Under the Influence, it was first and foremost the spirit of its filmmaker, John Cassavetes, that haunted me. As I had already seen Opening Night, which is itself about a haunting (and is, now that I think of it, a perfect companion piece to Personal Shopper), I knew I was in the presence of a filmmaker who would be altering my molecules. Cassavetes remains the American artist closest to my heart, but it wasn’t until A Woman Under the Influence that I so fully and deeply felt the transcendental qualities of his work. Here I was taking in a film that was so fully alive, so entirely committed to the portrayal of raw love and humanity, that it managed to layer and tumble out of the screen, seemingly material. It’s a work so passionate that it exhumes the spirit of its creator, rendering true death impossible. This is becoming ever more true, with each and every Cassavetes ensemble member who leaves us. To watch A Woman Under the Influence is to realize that Gena Rowlands nor Peter Falk will ever die. I do not believe this is entirely metaphorical.

Three or four years passed between my first viewing of Woman and watching Claude Lanzmann’s monumental Shoah for the first time. The images that first come to mind when I think of this extraordinary film are those early serene pans across the tranquil “present day” (circa late 1970s) landscape of Chelmno. In the lush expanse, empty of life, the viewer feels the ghost of history so palpably you can almost see the outlines of human action through the haze. The risk in this borderline-romantic theorizing of the artistic process is that we undermine the finality of such cataclysmic global tragedies. So, I do not want to disingenuously claim that the spirits of such victims of violence and hate are actually, actively brought back to life by art. I would put forward, however, that what makes Shoah so genuinely haunting is that Lanzmann knows better, and does not seek to do this. Rather than show us Holocaust-era footage and photographs, he creates a vivid portrait of the present, and in doing so, allows us to commune directly with the witnesses and the landscapes as they were in the late 1970s and early 1980s. Shoah is the best evidence I can think of for cinema as time travel. Not because it successfully takes us back to the ’30s and ’40s, but because it engages with its present so clearly that you can smell the grass and touch the faces. There is a direct line from Lanzmann’s ghostly muse – which is, arguably, history itself rather than cinema – to the sounds and images of the late 20th century and back to us. What is that line? Is it real?

Assayas has been movingly articulate about his intentions with Personal Shopper. When, at the Cannes press conference, he was asked about straddling multiple planes of existence in the film, he replied, “What I tried to do in this film was to connect the reality we live in with our imagination. I think we live on both sides of that mirror, you know. We do a job and we have our imagination and also we have the people we lost, we have our memories, and it’s a very inhabited solitude.” This gets to the heart of why the film – and its heartbreaking central performance by Kristen Stewart, one of the most vulnerable screen performances I’ve seen – succeeds so powerfully. It treats creation as a spiritual act, and cinema itself as seance. It is not a matter of the ghost being real or not. It’s a matter of understanding that even the hardest skeptic lives with one foot inside of an imaginative plane of existence, a plane, to Assayas’ point, as legitimate as any other. We occupy multiple spaces at once, as do those who have left us. Cinema opens the doors. 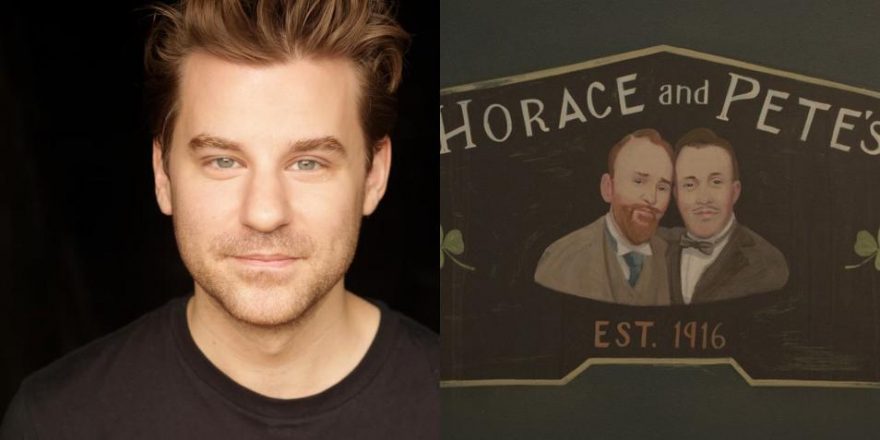 Horace and Pete, or How Louis CK Saved Cinema with a Goddamn Web Series