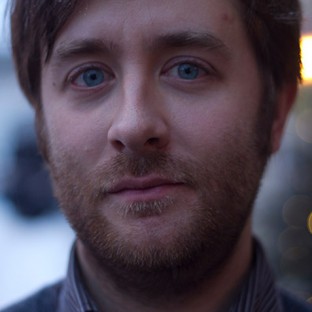 @notnotnuanced As long as Live and Darren still walk the Earth...we'll be on it.

It's no fun to read a major critic tear down your vision, but it's sometimes a different matter when the writer is a trolling internet commenter...
A fan of overlapping narratives and blurring fact and fiction, Gomes injects himself into his latest feat of cinematic storytelling.
The stories of Iraq veterans suffering from PTSD are told in an unadorned documentary style that values character over a fiction-style narrative.
In the concluding part of his trilogy made since being banned from filmmaking, the Iranian director continues to show invention and spirited defiance.
A documentary shuns the cinematic in favor of desktop exploration, and favors ambiguity over clearly defined truth.
This impressive documentary portrait of the late singer's life seeks to tell a definitive story, rather than asking what the story might be.
This documentary looks at the Holocaust in a new way by examining the art works made in the camps, and the artists who created them.
Pondering the disparate runners and riders in the Academy Awards non-fiction race, and what winning the statuette is supposed to mean.
The awards season is inevitably a time when certain films are showered with praise and plaudits, but many worthier movies slip by unnoticed.
The husband-and-wife filmmaking team question the recent idea that activism must play a direct role in documentary cinema.