In 1945, at the behest of the U.S. military, John Huston brought cameras to Edgewood State Hospital in Deer Park, New York, to film the treatment of “psychoneurosis” in returning WWII vets. These were days well before the designation of PTSD, with colorful terms like “battle shock” and “shell shock” just starting to give way to more scientific descriptions of the psychic aftereffects of war. The result, Let There Be Light, is a fascinating document, a film made for propagandistic purposes that trips itself up at every turn. Over the course of an hour comprised of suspiciously just-this-side-of-perfect “documentary” shooting buttressed by an optimistic, swelling score, we watch as vet after vet overcomes wartime maladies — paralysis, stuttering, crippling anxiety. Yet, though Let There Be Light is, from its title on down, intended as an inspirational piece, its net effect is haunting. You remember less the man who regained the use of his legs than the conditions that led to their loss in the first place.

Laurent Bécue-Renard’s Of Men and War exists in the same lineage as Huston’s film, yet in this new retelling of familiar stories, there’s no attempt at uplift. In the Pathway Home center in Yountville, California, Iraq War veterans come together to find shelter from their demons and Bécue-Renard’s camera sticks with them during their tensest moments, which usually occur during the group therapy sessions that dominate the bulk of the film. The camera sits patiently through these meetings watching one face, then another, then another as tragedy after tragedy is related. It’s almost unbearable to watch, though audiences have it relatively easy: One vet is so overcome during his retelling of the story of a comrade who was shot and bled to death in front of him that he pauses to vomit. Others cry, pound tables, jump from their seats in agitation. Most often, those not speaking look on knowingly. They understand.

The film doesn’t take place solely within the sun-dappled confines of Pathway; Bécue-Renard cuts freely to the veterans’ lives outside of the facility. In these moments, Of Men and War is perhaps at its most expansive (we see the vets at home in a number of different states in a variety of different socioeconomic and familial situations), but it also becomes something of a horror film as well. You’ve already seen these men in group, crying, yelling, trying to avoid doing both. You’ve heard them talk at length about how the violence they witnessed abroad has translated into violence at home, and of a litany of relationships destroyed via divorces and restraining orders. This threat hangs over even the most benign of scenes — will a bratty young daughter’s refusal to speak cause her father to lash out? Will discussions of possible wall colors for the bedroom of a new rental home drive another vet over the edge? When one vet’s newborn is brought to Pathway, several others gather around the child, cooing, all of them creepily hungry to interact with an unsullied human life. Even those vets we see at the end of the film, seemingly rehabilitated and living in society, have that same specter from Let There Be Light hanging over them. What does “OK” look like when one has been through war?

Of Men and War, even though it eschews obvious aesthetic flourishes in favor of a clean, unadorned visual approach emphasizing close-ups and cutaways, deploys a quietly radical formalism. Bécue-Renard’s handling of “character” upends the norm as it’s come to be understood in contemporary mainstream documentary. None of the vets gets a lower-third name card, we meet them all in medias res, backstories are largely nonexistent or left to us to piece together from fragments of conversation, and no one ever addresses the audience directly to tell their story. We’re not provided with neat arcs and there’s not even a passing attempt to balance screen time among stories. We just see life lived and learn via the accrual of incident. This is “character” established from eagle-eyed attentiveness to the human moment and the film never forces its footage to adhere to terms dictated by fiction.

Time is also a funny thing in Of Men and War. Your head might spin when, just a few scenes after witnessing the vets awkwardly sing carols at a makeshift Christmas party, we’re following an interaction in a bar bedecked with Halloween decorations. At the film’s end, a title card reveals the movie was shot over five years, from 2008 to 2013, but it’s a subtly longitudinal work. Nothing tells you how much time has passed, and we only learn that time is passing at all through subtle cues — holiday decorations, a change in facial hair, the introduction of a child where one hadn’t existed before. Here’s more of Bécue-Renard’s modest radicalism: He’s not hidden markers of time to confuse us, or to make us puzzle through his chronology. He’s merely decided in favor of the audience: He doesn’t hammer home the passage of time because he trusts his audience to understand it intuitively.

I first saw Of Men and War (the second part of Bécue-Renard’s “Genealogy of Wrath” project, after 2001’s Living Afterwards: Words of Women) in the 142-minute cut that screened at Cannes, MoMA’s Doc Fortnight and True/False. It’s arriving now in theaters considerably shorn to a more user-friendly 96 minutes. This new version, while seeming to maintain the most memorable incidents, stories and subjects from the longer cut, doesn’t hit quite as hard, but how could it? This is documentary that creates its effects through cumulation rather than narrative satisfaction. Subtract some pieces or move others around, as has been done to create this theatrical cut, and Of Men and War is still a great, harrowing, essential movie — you just spend less time with its greatness, experience its harrowing effects over a shorter span. With the right kind of documentary filmmaking, too much is never enough. 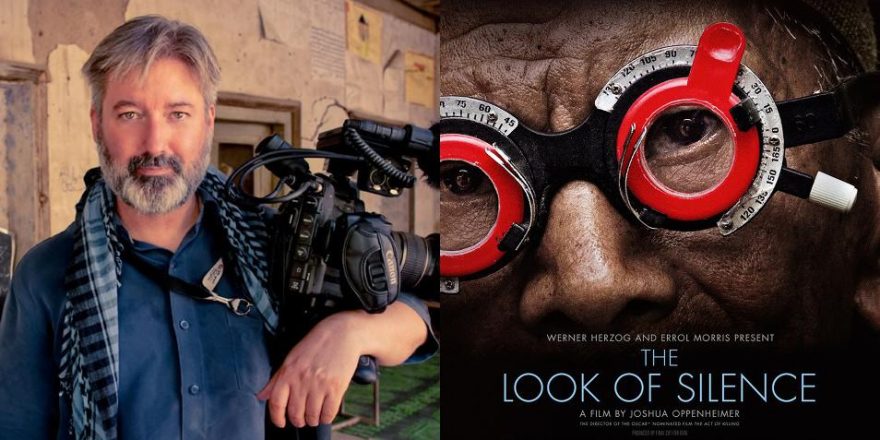