How do we measure the success of a film like Amy? Should we ask of an all-archival biographical documentary like this one that it do more than provide an accurate, lightly aestheticized recounting? If not, Asif Kapadia’s film acquits itself quite well; few viewers who sit through its 130-minute running time will leave this handsome, clever production without a basic understanding of the chronology and events surrounding Amy Winehouse’s rise to fame, subsequent fall from grace and ignoble end. Kapadia has taken a wealth of archival material, mixed in sound bites drawn from new interviews conducted with all the major players of his drama (save one, of course), blended in bits of tasteful scoring and the occasional visual flourish — a bit of slow motion here, an artificial zoom there — and arranged them like puzzle pieces fallen into logical, inexorable place. The construction that is Amy has the weight of the definitive.

This is something of a shame, for, as we learn throughout the film, Amy herself was never a fan of the definite, was herself always provisional, always looking for avenues of reinvention in her music and life. A Jewish girl from North London blessed (and ultimately cursed) with a singing voice decades beyond her years, the Amy Winehouse that we glimpse in the margins of Amy is not only innately talented, she is a hard-working artist well aware of her gift-from-above vocal chords, determined to push that gift in a variety of directions: jazz, girl-group pop, garage, rap, rock. This Amy — the one who nonchalantly dazzles while accompanying herself on an acoustic guitar in a record label office, dashes off hit songs in a matter of hours and surprises Tony Bennett with obsessive perfectionism during a duet session — could have been the star of a much different Amy. The Amy Winehouse who Kapadia has provided us, however, hews closely to the official media narrative of the tragic train-wreck diva, preternaturally talented, yes, but always doomed.

While Amy does offer candid glimpses of Winehouse goofing with friends far from the glaring limelight, placed at judiciously spaced intervals (her impersonation of a Latino houseboy is most amusing), these snatches of elevated access aren’t enough to shake a creeping sense of familiarity throughout. Does wallpapering over interviews with more archival material and running to a distended length constitute a significant break from the average episode of Behind the Music? Amy’s recognizable, easily legible narrative structure is its backbone, and the source of its remarkable forward momentum (even at over two hours in length, the film mostly breezes by), but also its weakest link. It has the sense of a film obsessed with trying to “get the story right” as opposed to asking “what might the story be?” and answering for itself. Thus Winehouse’s regrettable, probably avoidable and already well-documented slide into addiction swamps most of what novel, heretofore unseen material Amy offers.

Amy is not wholly lacking in perspective, however. A biting late-film sequence jams together a litany of jokes made by major media figures at the increasingly erratic Winehouse’s expense. Few will be surprised that Jay Leno, who’d highlighted Amy on his show during her rise, took the opportunity to kick her, a bulimic addict from a broken home, while on her way down only a short time later. George Lopez, himself an alcoholic, gallingly, hypocritically, mocks her from the podium moments after announcing her Grammy nomination for Record of the Year. Looking on approvingly is Dave Grohl, who, perhaps more than anyone in music (except maybe Krist Novoselic), should know better. When Kapadia allows himself to digress like this from his relentless master narrative, it pays cinematic dividends — different shots, edited together in sequence creating meaning contained in none of them individually. Sadly, these moments are rare because of how thoroughly story is prioritized.

Telling a compelling tale via a collection of footage captured for wildly different ends is nothing to sniff at, and Kapadia is due credit for his achievement here. Amy is smart but too straight-laced to ever feel imaginative or inspired. Kapadia likely never would have had the room to muck around with Winehouse’s life story in, say, the fashion in which Chris Marker treated his own footage as an archive in Sans Soleil. A better model might have been something such as Sergei Loznitsa’s Blockade, which used the rarely seen archival record of the siege of St. Petersburg to create an elliptical, poetic WWII document.

Many nonfiction films shy away from truly grappling with their archival material, preferring to slot it in neatly, usually unobtrusively, to finish off a sequence or underline a point or, worst, with an eye toward conjuring crass ironies. Ask not what your archival footage can do for you, documentarians! Ask what you can do to your archival footage. Kapadia might have been better served throughout by being more aggressive with his material, but at least he exhibits the good sense to let a perfect image linger when it counts. Late in Amy, we watch as Winehouse, sober and looking as healthy as she has all film, wins her Record of the Year Grammy. Her honest surprise, captured in a long slow zoom, is the kind of human image the media and paparazzi can’t account for, and all the reason why a film like Amy need exist. 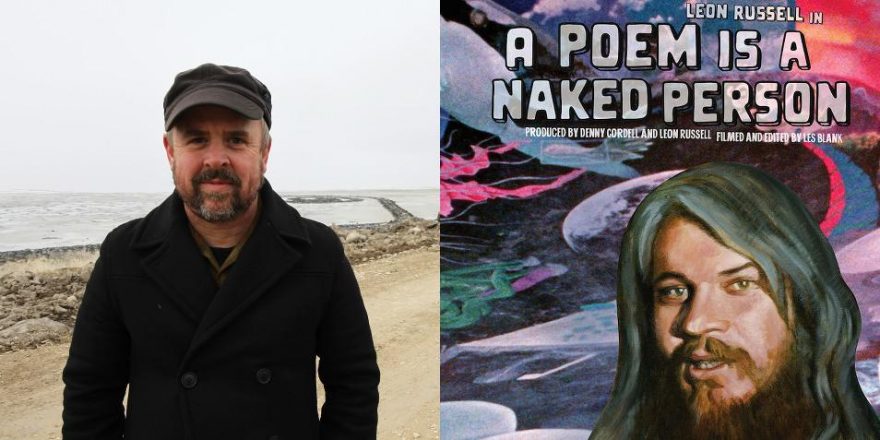