“I don’t dare say it. I shouldn’t say it. But for a painter it was breathtakingly beautiful.” These are the words of Slovenian artist Zoran Mušič, referring to the Dachau concentration camp where he was interned from 1944 to 1945. Mušič completed nearly a hundred ghastly, ghostly sketches of the camp during his time there, mostly done with ink on paper, depicting piles of desiccated corpses, bodies in caskets, a lone hanged man. The imagery is undeniably grim, but, per Mušič’s suggestion, it’s possible to find beauty — in the agonized rictus of a face or the unnatural, sensuous bend of stacked torsos, captured within the spareness of the artist’s simple line. Some would surely object to Mušič’s contention that there was beauty to be found in the camps at all, and this tension is the spark that animates French filmmaker Christophe Cognet’s new documentary, Because I Was a Painter.

Cognet’s simple, elegant film proceeds from these words to interview artists, curators and historians about the quite astonishing breadth and depth of work created in concentration camps. We see much of this art, often produced, like Mušič’s sketches, in ink or pencil on whatever scraps of paper could be stolen and hoarded long enough to finish the works. In between, Cognet films the camps — some now living museums, some fields of grassed-over rubble — on occasion taking the artists’ renderings of them during World War II and placing them against and, in the case of one striking penciled transparency, directly over, the emptied structures as they exist now. These juxtapositions are incredibly simple but they create complex effects not unlike those similar moments in the titanic Shoah, in which Claude Lanzmann let his subjects’ recollections of horror run over images of the now benign-seeming camp ruins. The past is always present.

Shoah, perhaps the greatest of all documentaries, hangs over Because I Was a Painter, but not in a suffocating fashion. Cognet, by focusing explicitly on representations of the genocide and adopting Shoah’s major aesthetic stratagems, places his work in a direct dialogue with Lanzmann’s masterpiece and the ethics underlying its creation. It took Lanzmann until 2013’s unfairly neglected The Last of the Unjust to deign to include an archival photo in one of his films, a political decision based on extreme wariness of the efficacy of images for capturing the unprecedented scale of the Holocaust. In Lanzmann’s work, seeing isn’t believing, nor, to use Errol Morris’s dictum, is believing seeing. Distrusting sight, and moving like a zealous prosecutor mounting his case, Lanzmann interviews furiously, leaves no stone unturned, accumulates reams of detail, overwhelms the jury with evidence, bludgeons and hectors his witnesses until he hears what he needs.

Because I Was a Painter is not nearly as long as one of Lanzmann’s epic workouts, nor as rigorous, but it doesn’t contradict Shoah in its valuation of representations of the Holocaust. Instead, not unlike Lanzmann, Cognet works via a process of accrual, and as he brings us into contact with each new artist’s work, he opens up space to consider the various properties of, and uses for, the creative, personal and visual. Cognet dispenses with the question of whether beauty could exist within the camps fairly early on; Treblinka survivor and sculptor Samuel Willenberg, whose tortured Giacometti-meets-Rodin figures are featured throughout, provides the main oppositional perspective and the film, though clearly sympathetic, just as clearly disagrees. Cognet instead seems more interested in providing a catalogue of the art and its uses, and how those may have changed and been complicated over time. Thus he features a long sequence in which we see how portraits of Romani captives, commissioned by Nazi physician Josef Mengele immediately before he murdered them, are now held in the Auschwitz-Birkenau State Museum as historical documentation, even though Dina Gottliebova-Babbitt, the prisoner who was forced to draw them, has repeatedly argued that they are her creative intellectual property and petitioned for their return.

Even if Cognet is clearly sympathetic to Mušič’s bold statements, his long, lingering shots of the many artworks featured in Because I Was a Painter beg his audiences to question the paradox of locating beauty within the horrific. One leaves the film understanding how an event like the Holocaust might spark an artist to create. (What might Hieronymous Bosch, whose Hell 2 feels echoed in many of the works here, have made of it all?) In this respect, he’s placed his documentary in dialogue with another text key to understanding the limits and ethics of Holocaust representation, key for how thoroughly it bungles matters at every turn: Life is Beautiful. Roberto Benigni’s film took the easy road, creating cartoonish moments of levity and warmth to contrast with an unspeakable horror its creator never really had the stones to put on screen. When we look at the works showcased in Because I Was a Painter, we never forget the context in which they were was created, yet can still find that sense of transporting uplift before art that Benigni was so set on creating, by any mawkish means necessary. As we approach a time when those with firsthand experience of the genocide will all be gone and denial of the event is on the rise, a quiet film like Because I Was a Painter takes on unexpected urgency. Cognet, like Lanzmann, knows that it’s impossible to represent the Holocaust. He also knows that it’s completely necessary to try. 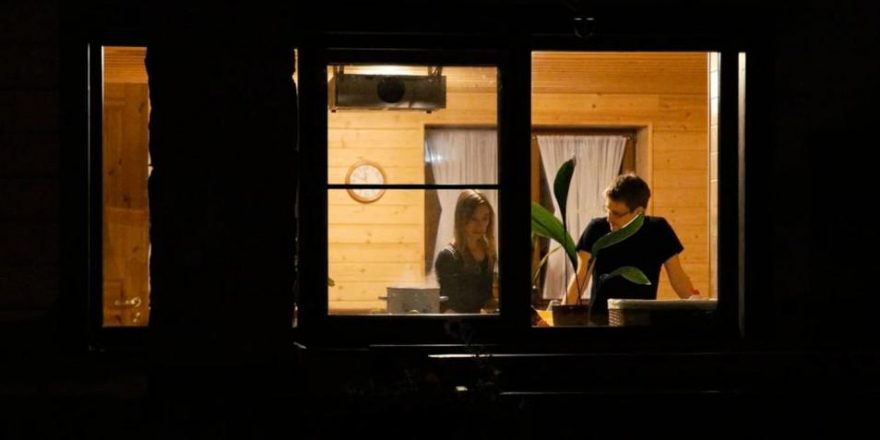