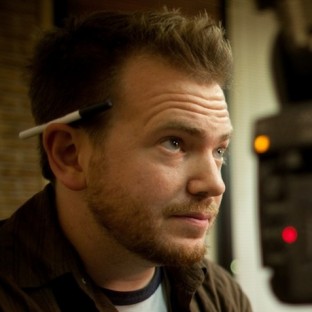 @austinenergy Do you understand how insulting it is to ask people WITHOUT POWER to watch a 40+ min video just to fi… https://t.co/MBuou7vwDX

Writer-director Clay Liford examines how he's set himself up for failure in the past and the positive actions he's taking to break that cycle.
Clay Liford, who wrote for Talkhouse about watching the first Paddington movie on shrooms, is mercifully now on a better life path.
Lloyd Kaufman, Darren Lynn Bousman, Larry Fessenden, Rodney Ascher, Emily Hagins and more remember the much-loved father of the zombie movie.
Clay Liford tries to work through his issues with the current fixation on spoilers and get to the root of why it all annoys him so much.
Director Clay Liford, whose latest movie is now on the festival circuit, gives an insider's view on the ever-changing film distribution landscape.
Talkhouse regular Clay Liford, whose new film is about the erotic fan fiction community, digs into the problematic aspects of fan engagement.
Rose McGowan, Alex Cox, Allison Anders, Bruce LaBruce and more remember the late iconic performer.
Sometimes you laugh at the documentary about the aging rocker attempting a comeback. And sometimes you also relate. A lot.
Because sometimes seeing a film straight just isn't the right choice...
This horror comedy about teachers trapped in a school full of evil zombie kids weirdly harks back to a simpler time...
Studio sequels are defined by a lack of invention and narrative risk-taking, but a bunch of '80s movies — plus one new indie — can show us the path.
The man who made arguably the best bad movie of the 21st century has finally returned with a TV series. But does it disappoint in the right way?
The Wachowskis' new space opera delivers "Chihuahua Face," absurd character names, apathetic supporting villains, and a retro '90s plot and ideology.
An intrepid filmmaker aims to experience an adorable new kids movie with a sense of newness and wonder — by watching it on shrooms.
How good can the sequel be if you've already forgotten everything about the original? Hopefully better than having to talk to your family members...
An Austin filmmaker visits the "Taj Mahal of catcalling" to watch America's number one movie, a low-budget horror flick based on a board game...
What do you do when someone steals your movie and puts their name on it? Here's what one filmmaker did when Frankie went to Hollywood.