A while back, whenever the hell the first Paddington movie came out (and you honestly can’t expect me to remember that), I was young, dumb and down to take illicit drugs in the name of journalistic integrity. You can check that one out in the Talkhouse archives. So, fast forward to a week or so after Paddington 2 came out. I got to this one late. Bite me. Everyone – well, like, three people (shut up) – was all like, “Whoa, you gonna go drop shrooms and do this one too?” I gotta be honest, for a hot minute that seemed like a natural conclusion, and one right up my particular alley. But, in the intervening year(s) – seriously I have zero recollection of when I reviewed Paddington Origins Volume 1 and may need to see a doctor about it – in that, um, span of time, I’ve matured. Or something. Well, I’m married and I have two adorable stepkids. Stepkids I’d rather not have accidentally running into my Hunter S. Thompson-style posts on the internet. But far be it from me to let you, my adoring, gawking, silently-waiting-for-a-trainwreck public down. And plus, why repeat ourselves, right?*

*This is what we call foreshadowing, as it ties into what Paddington 2 does or doesn’t do. You’ll just have to wait FIVE FREAKING SECONDS!

Sorry about that. This is what happens when a mature adult – minus devious, mind-altering substances (but plus a few too many espresso shots) – tries to give you what you want. Bread and circuses! Sorry again. OK, for real now. So you read this far and deserve a straight answer. OK. Fine. No, I didn’t take any drugs to enhance my CGI bear-spotting experience. But my friends did! I was the DD, of sorts. I figured a good sequel twist would be an inversion of the first, where you’d get to see the mature, socially developed and dedicated father-of-two babysit a few tripping friends, all the while attempting to recapture the magic of Paddington Episode 1. Because I loved that movie. But can you trust love that is fueled by the Devil’s Portobello?

You really gotta time the drugs. It’s all about the timing. I told my friends to show up at least 30 minutes early because you really don’t want the shrooms kicking in on the drive home. Thankfully, we went to a 9 p.m. showing so we could be assured: 1) minimal children and 2) no important work meeting post-screening to inevitably tank. But my friends pulled a Texas-Two-Step (Texans are always late, even if they’re not originally from Texas) and barely made it on time, forcing them to ingest in the actual theater. During the AMC First Look pre-show! Scandal. My deepest apologies to Maria Menounos. Honestly, I didn’t know what to expect, or what DEFCON level of second-hand annoyance I was in for. But then P2 unfurled before our undeserving eyes. And yes, straight as an arrow as circumstance and adult decisions found me, I loved it. Looooved it.

I found it a tad ironic that one of the previews was for Isle of Dogs, since even though I generally enjoy Wes Anderson movies, I feel like his previous animated offering felt forced. And this new one doesn’t look like it’ll buck the trend. But the irony is I fully believe that both Paddington and, to a greater degree, Paddington 2 does exactly what I assume Anderson is attempting (wishing?) to do with his forays into youth entertainment. What comes off as strained with him, I find completely effortless in Paul King’s work. King directed both Paddington films, and his voice is very assured and distinct, something I am shocked to discover myself feeling. This series represents the rare modern kid-friendly film that has a clear point of view, and not one that feels committee-generated. It doesn’t pander even the slightest to its pre-teen base, providing entertainment that truly can be enjoyed by people of all ages. A cliché more than often falsely employed, but undeniably true here.

Not to continue on the Wes Anderson negging, but one of the first things evident about both Paddington films is their incredible cast. I bring up my fellow University of Texas graduate Anderson again because he always has impressive casts. However, where his casting choices feel obligatory, to the point where you can virtually predict who will play essentially every role in any one of his movies, Paddington’s come off as inspired. Sally Hawkins is charming to a degree that even surpasses her work in The Shape of Water. Also, and this isn’t really a spoiler, but both her movies feature extensive underwater Sally Hawkins-in-peril sequences. Maybe she has a fetish. All the returning cast is excellent, and my initial concerns of the “guest” cast not being capable of reaching the same sublime heights of Nicole Kidman’s leopard-printed villain from Part 1 proved to be unwarranted. (I think she was leopard-printed. That may have been the shrooms.)

Paul King has made a cottage industry of taking actors I normally don’t give a single wet shit about, and making me adore them. This outing’s Kidman is Hugh Grant, an actor that no consistency of shit – runny, dry or otherwise – have I ever given about. But here, Grant is fucking amazing. Like next-level amazing. He has a sequence during the end credits – and yes, you need to stay for the credits – that in any other film would be the penultimate showstopper climax. But here it’s essentially just a throwaway gag. Because there’s so much good stuff in Paddington 2, King can just do that. Toss a giant-ass set piece in the freaking credits! Meat for the beast. And there’s so much meat. This scene in about one-and-a-half glorious minutes tells all Marvel post-credit sequences to go suck an Infinity Egg. James Gunn better up his game. Or give Paul King a Marvel movie. Like Howard the Duck. I mean, as much as I want to direct Howard the Duck (by which I mean a metric shit ton, because Howard is the only Marvel character I acknowledge), King is so good that I would acquiesce to him, and him alone, my hardcore dibs on HTD.

Paddington 2 takes situations and set pieces you think you know, and doesn’t just turn them on their ear, it reinvents them from the ground floor. How many comedic prison breaks have you seen? Right!? I know! But you haven’t seen a prison sequence like the one contained herein. And it’s not even the breakout (and if this spoiler bothers you, I’m gonna point you toward another article I wrote about fake freaking spoilers) that shines the brightest; it’s the preamble. Prison hijinx haven’t felt this fresh in I can’t remember how long. And don’t get me started on the inspired casting of Brendan Gleeson as the scariest dude on, well, I don’t think it’s Death Row, but it sure isn’t a white-collar big house.

I don’t want to go over too many plot details, because even though I think it’s impossible to “spoil” this movie, I still think it’s more fun to just let it wash over you without any preconceived notions or expectations. I keep hearing people say what I’ve been (sorta) saying since Paddington the First, that it’s basically here to cure all the ills of our besodden planet. And though I did thoroughly enjoy the original, I have to say, drugs or no drugs, Paddington 2 soars to heights merely hinted at previously. So, tying it all back to the initial premise of what I intended to be a joke review, I saw Part One under what can only amount to, essentially, bullshit conditions. I assumed that, based at least partially upon the direction most youth-oriented fare has gone in the past 20 or so years, Paddington would be mediocre at best. It wasn’t. At all. I could tell even then, even with my stupid antics in full swing, that Paul King was doing something special.

And so here I am, with a joke review yet again. And although I initially pitched it as a direct sequel to my original review, where I’d basically just up the ante on bad choices, I ultimately decided that the bear deserved better. I was pleasantly surprised to find that Paul King felt the same way. This movie is in no way, shape or form a rehash. (Insert hash joke here.) It’s also not a chapter in an ongoing saga. It’s something we rarely see these days: a compelling set of characters involved in a new and exciting adventure. One that doesn’t require continuity or even much series commitment. It’s sort of like a Sherlock Holmes story. You read (or watch) it for the characters, not the situations. The fun is seeing what these specific people (and anthropomorphic animals) will do in their latest adventure. And even when it comes to adult fare, how many characters can you really say that about?

Oh, and my friends who partook? Yeah, they loved it too. Especially the colors. In particular, the special pink scenes. You’ll know what I mean when you see it. See, I can avoid spoilers just like everyone else!

Be cool. Stay in school. And, like winners who watch partially animated children’s films in their 40s, don’t do drugs.

Clay Liford
Drugs
film commentary
paddington
paul king
A Call to Revival: The Power of Film Compels You
Revisited: Andy Rourke (the Smiths) Talks with Dolores O’Riordan (the Cranberries) for the Talkhouse Podcast 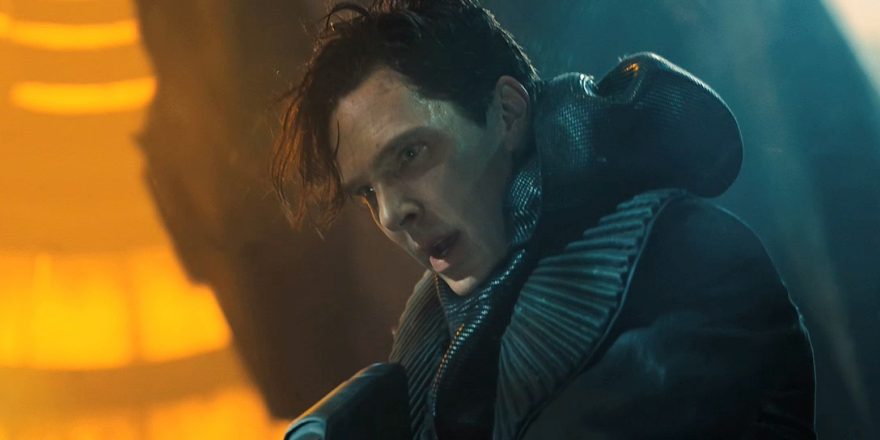 The Problem with Spoiler Culture