Look, I’m not made of stone. I love movies about perseverance. Against… ALL ODDS! The schmaltzier, the better. Give me an underdog beating the odds, and I’m putty in your hands. Outside of cinema, I actively despise competitive sports, but I truly adore sports movies. It’s that dang underdog! But it’s the failed-musician-giving-it-one-more-shot documentary that really makes me swoon. Because you’re not only feeding me my beloved underdog, you’re also tapping the vein of my adoration for what society (sadly) deems terrible music.

I Am Thor is a really fun documentary about a forgotten rock icon, in this case Canadian glam rocker Jon Mikl Thor of the band Thor. After Anvil! The Story of Anvil and Last Days Here (not to mention several lesser offerings), the light mockery surrounding the theatrics of a dad-rock band’s comeback is quite well-worn territory, but what makes this film work is the exact same thing that makes Thor work as a performer: sheer charisma. Even under the ever-present microscope of a sometimes questionable filmmaker (Ryan Wise), Thor gives us full-frontal “Son of Odin” greatness. I say “sometimes questionable” because, though the fourth wall is lightly trampled upon two or three times, we never really get to see where Wise is coming from. There’s a razor-thin line between sincerity and mock-sincerity; I have a pretty fine-tuned irony detector, but I honestly had a difficult time placing it here.

This film is hilarious. Thor, the man, seems sufficiently self-aware of his position in life (which certainly softens any potential ironic blow). He’s not a has-been; he’s a never-quite-was who just barely missed the mark. A bodybuilder (former Mr. Canada and Mr. USA!) with insane stage presence and an honest gift for songwriting, Thor made it to the point of playing with other notable (late ’70s) metal bands and even cut an album for RCA, Keep the Dogs Away, which has a genuinely tight title track. His career went off the rails around the time the label was about to send him on his biggest tour to date, a sort of larger coming-out party for the pioneer of the burgeoning genre of “Muscle Rock.” After a series of fights between the label and his management, the situation imploded when Thor was allegedly kidnapped. Yes, kidnapped. Jon Mikl Thor, Mr. North America himself, whose stage theatrics included breaking bricks with his pectoral muscles, was physically overpowered and abducted by, well, I guess, some music executive. This is a story that both Thor and his ex-wife stick to even now, and the movie brushes under the rug the very obvious question of its implausibility. If I have one overriding criticism of I Am Thor, it’s that it sometimes focuses on less interesting areas than those hinted at.

Anyway, backstory aside, the movie really hinges on the final leg of Thor’s decade-long comeback “tour.” Like Anvil, Thor’s largest fanbase is outside North America, and the film satisfyingly balances his hit-and-miss attempts to recapture his former glory. A friend of mine passed through the room when I was watching a screener of I Am Thor and asked if this was a scripted mockumentary. That comment is somewhat telling, because the film certainly hits all the Spinal Tap points. The band traveling with their ridiculous costumes. Airport trouble. Aging rockers attempting onstage stunts (bending metal bars, breaking cinder blocks) with various degrees of success. But in the end, it’s Thor’s aforementioned self-awareness that keeps the proceedings from sliding into uncomfortable territory.

Actually, the only thing that made the movie uncomfortable for me is the theme of the aging artist. The (often pretty obvious) subtext of the comeback/underdog movie is the idea of knowing when to say when. I feel like audiences watching movies such as I Am Thor can be divided into two camps. The first cheers for the underdog to triumph in his last ditch grab for greatness. The second wonders why he keeps trying, especially when he often looks pathetic in the attempt. I sort of straddle the line between the two. I can’t take myself out of the equation.

I hope you’ll forgive me for getting weirdly personal here… I’m 41. I’ve had a few moderate successes as a filmmaker. I’ve “toured” and “shared the stage” with more well-known directors. But I’ve reached a point where everything kind of feels like a lateral move. I see myself in Jon Mikl Thor. I’m not as old as he is, but I’m also not nearly as well known. There’s a decent chance (some would say, if I’m lucky) that when I’m his age I’ll be in precisely the same studded leather boots.

I hide behind the sentiment that there’s nothing else I’m qualified to do other than filmmaking. But what about guys like Thor? Or Steve “Lips” Kudlow from Anvil. Lips works for a company that provides cafeteria food to local public schools. Which is exactly the type of work I could reasonably muster if this whole making movies thing doesn’t pan out. The best comedy comes from the tragedy of others. The closer to home it hits, the more effective it is. Which also explains why comedy works so well when it traffics in specifics, instead of generalities. I’m drawn to these tales of underdogs and comebacks, not just because they appeal to my desire to see obstacles overcome with mere seconds left on the clock, but because they allow me to view my own situation from the minimum safe distance. Right on the edge. Teetering on the brink. Though I do laugh at movies like this, I can’t do only that. I’m not that far removed. What I hone in on is that look in Jon Mikl Thor’s eyes. The one that says, “Yes I’m going for it – but I know exactly what you, the audience, are thinking.”

Sometimes the answer to the question of when to say when is, well, never. Because despite how the world at large perceives you, the alternative – the loss of hope, the middling life of day-to-day sameness – is far worse. Thor’s comeback tour has been in full swing since 1998, I believe. It even cost him his marriage. He doesn’t work at Guitar Center. He doesn’t fulfill “Taco Tuesday” orders to a high school. He lives life on his own terms. The movie loves to linger on shots of the former body builder and one-time nude model, now flabby, attempting to squeeze into his rubberized costume. We literally see this scenario at least three times in full. Is it subtle mockery? Possibly. But Thor knows the truth of the choice he’s made. And it makes me feel better, in the end, about still fighting the fight on a daily basis. Because for so many of us, it’s the only fight we know. 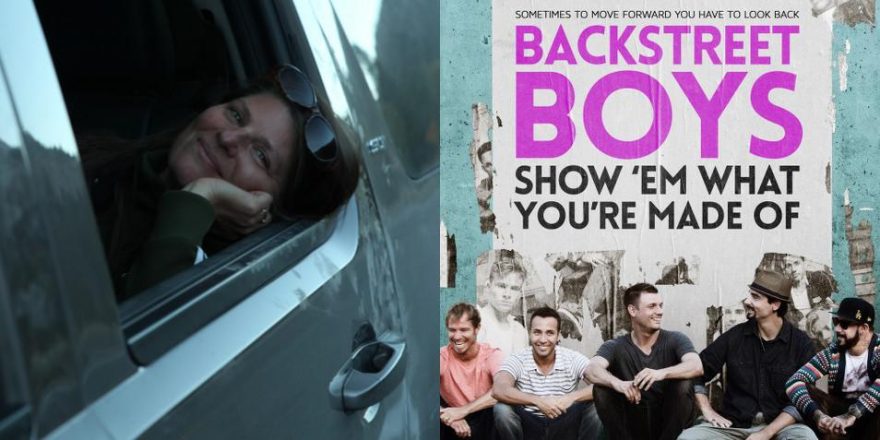