It really sucks when you count on a movie to be ultra-bad, and it just turns out to be run-of-the-mill bad. Not that Horrible Bosses 2 is bereft of face-slapping stupidity. It’s just not Ouija* bad. HB2, you’re making my job slightly more difficult than usual. Eat me.

It’s clearly not a fluke that dumb comedies come out around the holiday season. Horrible Bosses 2 seems to have been designed as a conversation replacement for when you’re dealing with unwanted in-laws. It’s cheeky, but not too cheeky. Drop the kids off at Madagascar 9: Ice Elephant Parade, and down a few chuckles with some comedy-actor-people you vaguely recognize from the TV. All the heroes and eponymous horrible bosses from HB1 are back! I’ve enjoyed Jason Sudeikis and Jason Bateman in other things, but I loathe It’s Always Sunny in Philadelphia, so I can’t really speak to the appeal of Charlie Day. And let’s take a moment to admire the mega-savvy producer who forged, in the extra-melty fires of Hades, the actor contracts binding such a bevy of A-list talent to such a D-list venture. This movie is ridiculously front-loaded with big name stars who I can’t imagine signed on based solely upon the strength of the script. I want this mastermind producer working for me! I initially wondered, when I saw the multiple studio logos at the open, why the hell it took two studios to make this thing. I mean, it’s not The Hobbit (insert “Charlie Day is short” joke here). The answer is that it’s clearly because of all those actor salaries: Jennifer Aniston, Christoph Waltz, Jamie Foxx, Captain Kirk (aka Chris Pine), Kevin Spacey… lots of Academy Awards refugees here.

The purposeless reuse of actors from HB1 is no more apparent than with Jennifer Aniston, who may as well be the standard bearer for all the misused/under-utilized female characters in this bloated mess. Her character is square-peg/round-holed in simply because she signed a piece of paper that allowed it to happen. Her entire storyline is a direct port-over from HB1. Basically, she’s a sex-o-holic rapist. Yes, there are even more rape jokes, but it’s cool because it’s the men who get raped! Women’s lib and all that. Did you know you can have a “coma boner”? Well, you will after HB2! Jennifer Aniston says “coma boner” so many times the words lose all meaning.

Anyway, the plot picks up some random amount of time after the events of HB1 (which I had to Google simply to remember what happened, even though I saw it with my mom when we were looking for something to do that didn’t involve talking to each other). Apparently, in the first film, the three bumbling morons decide to kill their respective bosses Strangers on a Train-style, trading bosses to kill amongst themselves. I think they manage to kill only one of the bosses or something (presumably the one with the least marquee value), because I know two of the horrible bosses are in this fucker. So, our three idiots, having survived not going to jail for attempted murder, are now going into business for themselves. Specifically so they can proactively not be the sort of “horrible bosses” that they previously had to endure (yet they immediately begin sexually harassing every moderately attractive female who applies for a job). They seek orders from a big-time catalogue company for their product: a shower head that… wait for it… water comes out of… along with shampoo! Innovation!

Academy Award-winner Christoph Waltz is the head of the aforementioned catalogue company and immediately orders 100,000 “Shower Buddies” from the three goofballs, who finagle a bank loan and produce all 100,000 units without so much as a scrap of paper proving they have a gigantic order from the patently evil Waltz. Upon completion of said production, the three sub-humans go to Waltz to fulfill the order and collect their booty. Waltz suddenly reveals to our trio of mouth-breathers that he has no intention of honoring their literally nonexistent contract, and instead will allow them to default on their bank loan, thus enabling him to swoop in and buy their company for pennies on the dollar during the ensuing bank auction. What a Germanic jerk! So the three dinguses kidnap Waltz’s son (Chris Pine) and set the ransom to be the exact dollar amount they owe the bank, which is not in the least bit suspicious.

This is one of those movies that name-drops better films to show how savvy and self-referential it is, but only manages to make you wish you were watching the other film instead. In this case, the film invoked is Nine to Five, a great comedy that shares more than a few major plot points with HB2. The primary difference, though, is pretty intrinsic. With Nine to Five, you actually give a shit about the characters. They’re squeezing proactive retribution from a shitty situation into which they were thrust despite their best efforts to avoid it. They’re hard workers, good people and, on a primal level, characters you want to see succeed. With HB2, the characters are also out for proactive retribution, only they are victims of their own stupidity. Nobody forced them into the terrible situation in which they land. They walk directly into a trap they actually set for themselves. Waltz’s only crime is being opportunistic enough to take advantage of a ploy essentially handed to him on a silver platter.

The rest of the film follows our three chowderheads as they attempt to concoct the perfect crime. Since it went so well the first time. They seek help from all the other recycled cast members from HB1. This is where Jamie Foxx and Kevin Spacey are wedged in, so inorganically that their segments might as well be deleted scenes from the first film. Kevin Spacey’s apparent face-Botox is the only tell that this is new footage. Jamie Foxx’s scenes (in which he plays a scary alleged-criminal dude) are extra cringe-worthy because the writers clearly seem to think they’re subverting racial stereotypes, but are only furthering them. Everything out of Fox’s mouth is something along the lines of, “Oh, you think a black man can’t own a cat? I own at least one cat.” Whoa, cats are for white people. You’re blowing my mind!

The most baffling thing is that the film seems to see itself as some sort of prestige comedy. There’s even a slo-mo curtain call of sorts for all the famous actors at the end. As evidenced by the kooky outtakes during the end credits, Bateman, Day and Sudeikis seem to be actually enjoying themselves. Look, I love kooky outtakes as much as the next guy, but if you’re not Dom DeLuise and Burt Reynolds, give it a rest. There is a standard, and it has been set. Cannonball Run 2 is your high water mark. Simply flubbing a line, then giving the “I’m a lil stinker” look to the camera no longer cuts it. Burt Reynolds slapped the shit out of Dom DeLuise like 40 times in a row — just to make you laugh!

Horrible Bosses 2 does pretty much exactly what it needs to do: it removes the necessity for approximately 108 minutes of awkward dialogue with your extended family. It’s more than likely better than the majority of studio comedies out in current rotation. Which says more about the current state of studio releases than about this particular sequel. Actually, who am I kidding? I have no idea what the hell is out there right now. The only looming, scary thing about HB2 is that it’s clearly being groomed as a trilogy, a la The Hangover. When did studio comedies make the leap to Lord of the Rings-style epics? When everything is epic, nothing is epic. I’m just eagerly awaiting my sweet, sweet Paddington, because I know it’s gonna be a one-off. And I know in my heart it’s gonna deliver the goods.

*I previously wrote an epic piece on Ouija. Trying to drum up some hits, yo. 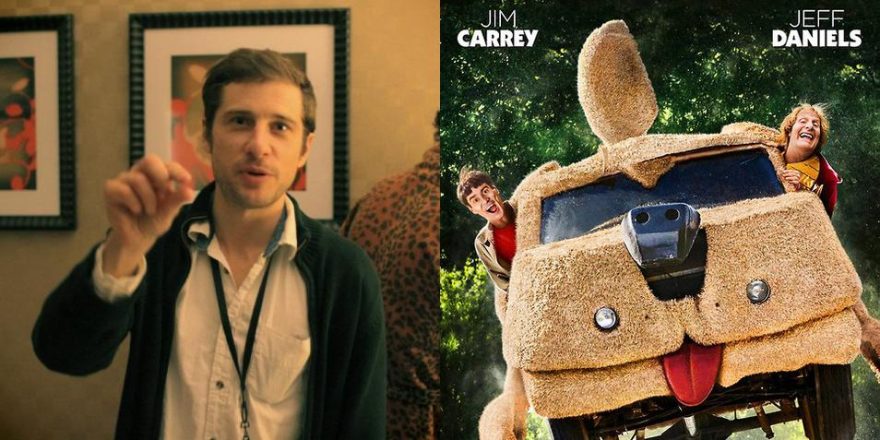