I was honestly super jazzed when I landed this assignment. “I’ve got Cooties!” I yelled to literally no one who cared. For those of you who are unaware, Cooties is the new horror-comedy starring Elijah Wood as a substitute elementary school teacher who has to fight off a horde of undead flesh-eaters. The hook is that the zombie army in question is entirely comprised of small children! And bless this film for not being scared of killing off swarms and swarms of these little tykes, right smack-dab in the center of the widescreen frame. Because, if you’re like me (and I know you are), the exact moment you heard the premise for this picture, you were like, “Am I gonna get some kid-kabobs and kid-capitations?” Yes, yes…and why not, here’s an extra YES for you!

Evil kids have a long and varied cinematic history. Probably the greatest single entry on the genre ledgers is the high-profile Hollywood adaptation of the equally high-profile stage play The Bad Seed. This film, starring Patty McCormack as the titular evil moppet, is such a great work of art that it inspired no less than John Waters when he created his early masterpiece, Female Trouble. It also features a young blonde girl in pigtails murdering a retarded man. Seriously, watch this freaking trailer at least. Marvel in bewilderment at the pageantry for what’s essentially a movie about a killer kid who looks like the Wendy’s girl fell into a bath full of bleach.

Then there’s the polite, violence-implied and downright British version, Village of the Damned (which still holds up remarkably well). Here, the closest thing we get to on-screen kid-snuff is a final shot of an exploding building filled with soft and combustible children. Such a good film, it demanded the equally amazing sequel, Children of the Damned. In a bizarre twist, this one turned its attention away from filicide to the (moderately) more palatable “telekinetic-children-as-Christ-metaphor.” Interestingly, John Carpenter’s 1995 remake of Village chose to maintain the original, chaste ending, despite the fact that Carpenter is American and probably doesn’t sip tea.

Though the bar was set quite high with these classy early efforts, the late ’70s through the mid ’80s heralded the true Golden Age of evil child cinema. There’s the jaw-dropping Devil Times Five, starring mutha-truckin’ Leif Garrett as just one of five homicidal kids. These bastards use some insane murder tactics too. Piranhas, rope swings and death traps that would make Home Alone’s Kevin McCallister proud. Don’t get me started on Home Alone, either. If it were a documentary, those criminals would be dead, dead, dead! So many times over. Macaulay Culkin’s Kevin is a downright satanic sociopath. Then there’s the terrifying but relatively bloodless The Exorcist. Its success, in turn, spurred the far trashier and far bloodier (yet still charming) The Omen, which answered the burning question, What if The Exorcist had a priest getting his head sliced off by a double-pane window, and then said head bounced down the street for, like, five whole minutes?

Do I need to really give any backstory for Children of the Corn? It’s pretty trashy but it’s Stephen King, so it’s got that DOW chemical treatment that makes it taste so good. Then you’ve got some deep-track goodness with the mostly wretched Troma release Beware! Children at Play. If you can survive an exceedingly tedious 90 minutes of utter nothingness, you’re rewarded with an insane sequence featuring a veritable armada of angry parents (who look like bad Civil War re-enactors) massacring an even larger armada of their own children. It’s way low-budget, but they pretty much use everything not bolted down in the gleeful destruction of the fruit of their own loins. Guns, knives, rakes, shovels, bows, and maybe even a tomahawk. Worth scoping out, but don’t fast forward! You really need to suffer through the majority of the movie to truly appreciate the last 10 minutes.

Now that I’ve given you my bonafides and you can clearly see I’m an expert on this subject, let us return to Cooties. First thing that stands out to me is that Elijah Wood as Clint is (unintentionally, I presume) channeling Nate Rubin from my own movie Wuss. Not only do they look remarkably alike in their ’70s college professor get-up, they share the same backstory! Clint is a wannabe writer who, having not “made it” yet (or, for that matter, even finished a single book), lives at home with his mother and is a substitute English teacher at his former school. The kids instantly hate him, and we get some quick character introductions to both the other teachers (including Rainn Wilson as a redneck P.E. coach) and some of the more important kids. So that’s the really mean-ass children you know will be trouble later, the one really nice kid you know will need saving later, and the girl who looks like Patty McCormack from The Bad Seed, who quickly becomes Patient Zero of the child zombie apocalypse after ingesting some bad chicken nuggets. Incidentally, the opening sequence of this movie is one of the most truly stomach-turning things I’ve ever seen in a horror film. Reminiscent of the amazingly vile credit sequence from Ravenous, it simply features documentary-style footage of food prep, namely the farm-to-table creation of the diseased chicken nuggets. I seriously never want to eat again.

So, the mean kids taunt Patient Zero, who promptly attacks them, spreading the chicken flu or whatever. Rinse, repeat, and now we’ve got a ton of kiddie zombies. It should be noted that there are no adult zombies, because when you hit puberty you become impervious to the chicken disease. Go figure. The rest of the film is dedicated to paying off the set-up, and pretty much follows a very by-the-numbers matrix. Everything you think it going to happen, happens, and in virtually the exact order and at the precise pace you’d expect. There are no surprises here.

This would be enough to write off the movie entirely if it weren’t for two things. First – and its importance should not to be understated – is the brilliant comedic cast. People I don’t even normally enjoy, like Rainn Wilson and Jack McBrayer (doing an amplified version of his normal shtick), really shine here. The heightened reality and casual violence really allows for broad comedy, which somehow doesn’t come off as overtly broad. Leigh Whannell as the potentially psycho science teacher who figures out the “rules” of the virus is a great example. His timing is impeccable, even if his character is straight out of central casting. Someone should write a piece about the relationship between heightened horror and broad comedy. Hmm.

The second thing that makes Cooties sing is, well…let’s be honest, the sheer lack of political correctness. The dispatching of large swaths of preteens here is almost gleeful, and this is wholly and undeniably the intention of the filmmakers. My ensuing argument is that in this day and age, we need more of this. Is this a grand political statement about Columbine or Sandy Hook? Absolutely not. I don’t even think it’s an intentional attack on the PC police. What it does is return us to a form of artistic innocence, the likes of which we haven’t really seen in American cinema since, well, the aforementioned heyday of the killer kid film.

This movie throws a ton of shit at us. Kids killing adults. Adults killing kids. Disembowelment. Kids on fire, running down the street, arms flailing. Kids samurai-sword chopped up into salami. Tetherball with human heads. All presented with a wink and a smile, but presented right smack dab in the middle of the frame. If the movie were some indictment of progressive politics, I don’t think it would be funny, let alone scary. Rather, it occupies an interesting space at the intersection of good taste and bad judgment. It’s a place I don’t think you can intentionally arrive at. You have to innocently find it.

Cooties wants to be a throwback. It wants to bring back the Golden Age. It largely makes wise decisions, tonally speaking, to get there. It doesn’t reference older killer kid movies. Rather, it channels them. It’s this lost tone, this feeling born of a different political climate that matters. But you still need the right vehicle to get there. The set-up is the Ford pickup truck that will drive us around. The cast is the gas in the fuel tank. And evil kid nostalgia fogs up the window so much, we can’t see the political correctness and are able to coast right on by it. I, for one, am greatly happy for that fog. 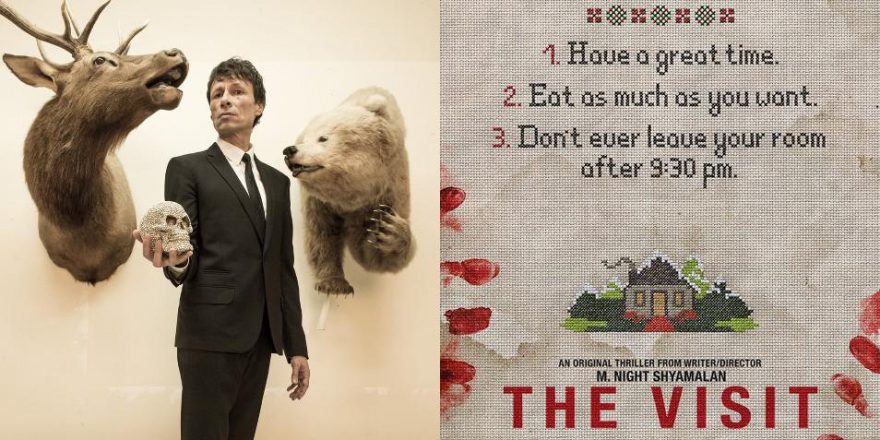