I think about Chris Farley a lot. Maybe I should feel weird saying this, but I miss the man — he’s one of my favorite people to ever exist. More than his physical pratfalls (“fatty falls down,” as he called it), I love him for his masterful demonstrations of insecurity and innocence, or for trying to act cool or knowledgeable and failing miserably, or for asking pretty women where the weight room is. To me, Tommy Boy is a comedy classic that ranks up there with the best ever. (If I hadn’t been a teenager when it came out in 1995, maybe I’d feel differently, but I was, so I do.) Black Sheep is almost as memorable, and the rest of his oeuvre, particularly from Saturday Night Live, is more than enough to cement his status as a comedy legend. Duh.

Brent Hodge and Derik Murray’s new documentary, I Am Chris Farley, doesn’t do much to change the perception I had of Farley when I was a teenager, and that’s both a good and a bad thing. The good: it allowed me to revel in the past, rewatch hilarious clips, hear his funny friends recall fond memories, watch 8mm footage of Farley as a kid, hear old rugby pals joke about how they didn’t always win the game but they always won the party. If that’s what you’re in it for, we have a bingo, lots to see here. And truthfully, that’s what I was in it for, but after seeing it — and enjoying myself — I wanted more. That’s the bad. It’s not enough. Maybe it never is. Especially with Farley.

What I wanted more of was Chris Farley the man, not Farley the entertainer. I craved moments when we saw behind the persona, when he let his guard down, when he wasn’t trying to be funny. The film rarely goes in this direction, and when it does, it feels a little superficial, like hearing about Farley visiting sick kids in the hospital. Admirable as that is, it’s basically a requirement when you’re famous, a catch-all gesture that doesn’t hold much weight because of its obligation factor.

As painful as it is to watch Farley out of control, I wanted more darkness. I wanted to understand more about his drug problem, how it developed. Or about his intense need to always be louder and crazier than everyone else. According to his friend and collaborator Bob Saget, you didn’t wanna be around him when the drugs and alcohol took over, and that’s basically the credo this documentary lives by. It keeps things mostly on the surface. This is no arthouse documentary, more glorified E! True Hollywood Story, where you hear about rock bottom, you don’t feel it. Obviously, it can’t shy away from Farley’s tragic death, but it’s not about his demons — it’s about his rise to the top, an unlikely star, an overweight jock from the Midwest, a genius at acting dumb, a brilliant physical performer for his ability to fall down.

When Farley committed, he was all in. He discovered his incredible comedic talent making his brothers and dad laugh in their Madison, Wisconsin backyard, but it’s easy to forget how disciplined Farley was, or how “dutiful,” according to SNL head honcho Lorne Michaels, who hired him in 1990. Coming from a sports background, Farley loved being on teams, playing by the rules of a coach, and he practiced hard to improve. Before Michaels, there was Del Close, an improv teacher at Second City, where Farley honed his chops while living in Chicago.

It’s remarkable that Farley gave acting a shot in the first place given his early impression of stage performing — that it was only for pussies. It’s touching to imagine Farley leaving his comfort zone to try something he never imagined. I wish I Am Chris Farley had captured the moment of recognition in which the eternally self-deprecating Farley understood that he was a funny performer for the first time, that he was getting big laughs, and despite his non-acting upbringing, he was good, and that this could work. We never get that, maybe because Farley never got comfortable enough in front of the camera to sincerely recount his beginnings.

By establishing himself as the funniest guy onstage, commanding the most attention, eliciting the biggest laughs, being more committed to his characters than anybody, Farley was quickly snatched up by Michaels for Saturday Night Live, which is where the documentary spends most of the time. There are long sequences devoted to Farley’s classic SNL sketches, such as the Chippendales dancers, motivational speaker Matt Foley, “Da Bears,” and my favorite, The Chris Farley Show, the quintessential sketch of anxiety and insecurity.

A significant part of the film is made up of stories and impressions from Farley’s old pals Adam Sandler, Mike Myers and Jon Lovitz, and dozens of others chime in with personal recollections. Though these sometimes feel obligatory or stifle the film’s momentum, I was never bored. Farley’s regular collaborator David Spade tells my favorite anecdote, about the time Farley chugged a can of Diet Coke to impress Glenn Close.

There is plenty of chatter from Michaels and others about Farley’s rehab stints, 17 in all, but we never actually see his struggle or understand quite where it came from. There are, however, moments of genuine emotion: peers Bob Odenkirk and Saget stay pretty choked up throughout, and there’s a devastating clip showing Farley when he returned to host SNL in 1997, months before his death. He was a lumbering mess of a man, flubbing his lines, having trouble breathing. It’s a heartbreaking sight and almost too much to watch; you can tell the filmmakers felt this way too, as we see only a very brief clip.

And so we stay mostly on the light side, the surface of things – the funny memories, happy photographs from childhood, Farley’s transition from class clown to rowdy jock to nervous stage performer to Hollywood star. But it feels incomplete to view Farley only as a performer, because, as Odenkirk points out, no one is or should be only that. You can’t be “on” all the time. We don’t get much Farley offstage, in quiet moments, or expressing emotion. But in the end, it’s a documentary about a legend, and of course you should see it. It’s heartbreaking that he’s gone. He would be 51 years old. 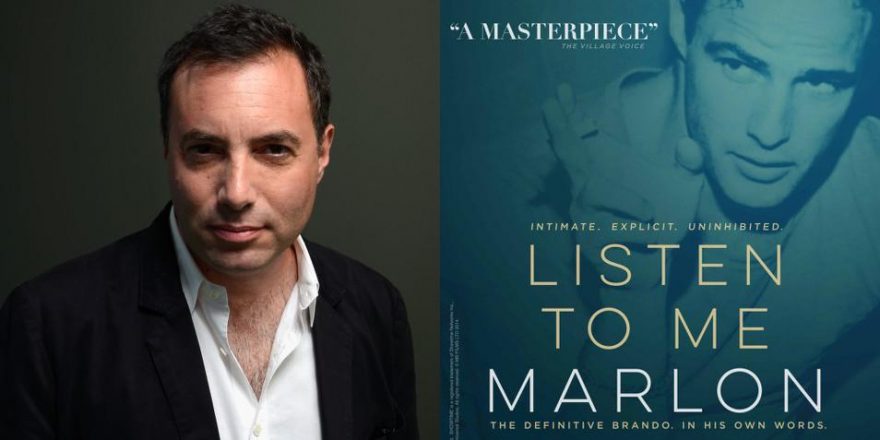