A few years back I directed I Knew It Was You, a documentary for HBO about the late, great John Cazale. He played Fredo in The Godfather, and was always my favorite actor. Turns out Cazale’s favorite actor was Marlon Brando. That’s not surprising. To many actors coming of age in the 1950s, ’60s and ’70s, Brando was the very best, and represented a new way of thinking about what film acting could be. One of the stories we didn’t use in the documentary, because of running time, was told by his Godfather co-star Talia Shire. She recalled how she and Cazale would sneak onto the set of Coppola’s film on their days off just to watch Brando at work. She recalled her and John, hidden behind some trees, secretly observing him. They were that obsessed. He was their God. Why? Why and how did this Midwestern boy, the son of a whoring, disassociated dad and a drunk of a mother, become one of the few actors in history to change the way we look at the craft itself?

Stevan Riley’s truly original, highly idiosyncratic documentary about Brando is essential viewing for anyone who has more than a passing interest in this legendary actor. But it’s even more essential for all of us who think we know what there is to know about Brando. The way that Riley chooses to redefine traditional documentary storytelling and instead make something more abstract, arty and unique, actually helps enormously in making Brando’s personal story and his undeniable talent both very fresh and very alive. Watching Listen to Me Marlon, I kept thinking about the filmmaking of Terrence Malick, another non-conformist Hollywood legend. The movie is languid and beautiful, and like Malick’s great work it also packs an emotional wallop. Using amazing audio tape recordings made by Brando throughout his life, we feel the real and deep pain of his childhood in a way a more linear documentary could never make us feel. We see how that pain translates to his acting. We feel his stardom, and feel his need to run away from it. We hear Brando talking about acting as boxing, a fantastic metaphor that lets us into the way he approached his best roles.

Riley’s decision to not only let us see his great performances but also his true turkeys, his paycheck performances, and hear how it nearly destroyed Brando, makes the actor all the more human. “You want to stop the movement of the popcorn to the mouth” is how Brando describes what he considered great acting. You want to surprise. You want to be that left hook of Jersey Joe Walcott that comes out of nowhere, surprises you, and knocks you out. In Brando’s greatest role, in Bernardo Bertolucci’s brooding, beautiful and deeply honest Last Tango in Paris, all of the actor’s pain, all his demons, come out in full fury and vulnerability. It’s his most sensitive screen work — a knockout alright. It’s fascinating how Brando is willing to go to those dark places, to allow himself to be fully exposed in every sense. It’s the kind of screen performance that feels as fresh as anything that’s being done today.

Of course, much of what makes this documentary really work — its non-linear storytelling — is also why certain things are sped over, or barely talked about at all. The Godfather gets about four minutes of screen time. His later “paycheck” (but fantastic) work, such as The Freshman, doesn’t get mentioned at all. But maybe that’s OK. We know about The Godfather, and Riley wants to introduce us to a side of Brando we didn’t know. When the actor tells the story — on mumbly audiotape — about how his nanny — the only parent figure really around, and a woman Brando clearly loved — stopped looking after him when she got married and, in his words, “abandoned” the young, sensitive boy, it breaks your heart.

I was deeply moved by this film — not just by Brando’s story, and the insane professional highs and great personal lows that he went through (his son went to jail for murder, his daughter died of a drug overdose) but also by the filmmaker’s very brave, very original way of telling that story. We are in such a great moment for documentary filmmaking. Amy — another film using audiotape as an emotional guide — is sensational. Cartel Land is a masterpiece of on-the-ground journalism, and The Wolfpack is a must-see for anyone who loves movies or New York. I would add Listen to Me Marlon to that list. It’s softer, in a lower key, but that doesn’t make it any less heartbreaking. And heartbreaking is a perfect way to describe both Brando’s best acting and his life. 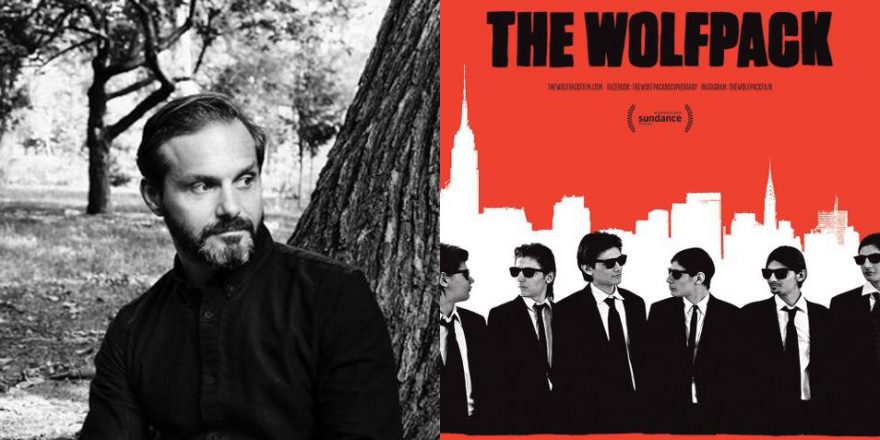