Denis Villeneuve’s Sicario opens with a stunning set piece, one which in a matter of minutes descends from rum-dum-dum militaristic action to a level of guttural horror unprecedented in most scary movies, much less police procedurals. You’ve perhaps seen hints of this scene in the trailers: a SWAT team, lead by Emily Blunt’s FBI agent Kate Macer, descends upon a suburban house in Arizona in an attempt to rescue hostages held by cartel affiliates. All contextual exposition is delivered in medias res, as an armored vehicle bears down on the innocuous house and then, in the first hints of the sensory bludgeoning to come, smashes right through the front of it. A brief, hazy firefight ensues, and it’s in the aftermath, as gun smoke clears and our ears are still ringing, that the police make their grisly discovery. The walls are full of corpses; bound, bloodied, just beginning to decay; bodies twisted into a slack, despairing frieze. Their heads are covered in plastic bags, obscuring their faces just enough to let our imaginations go to work.

One cadaver in particular takes precedence over the others. Roger Deakins’ camera finds it first at the end of a dolly shot, and then again in a singular close-up. The plastic bag is fused to the skin beneath it; its rippled surface pulled taught over the open mouth and creased with blood in a way that suggests teeth, just as the turned-up corners at the top of the head resemble horns. It reminded me of the cardboard monster masks in the recent Goodnight Mommy, and of death’s heads from all manner of indigenous cultures. This is not a representation of senseless, wanton murder. This is death as a manifestation of true evil; on an imagistic level, a man has died so the devil might rear its head.

This is how Villeneuve operates. He deals in significance. He leans into symbols. Think of the tattoo in Incendies, Guernica in Polytechnique, the tarantulas in Enemy, the spirals in Prisoners. That latter film, his first American studio effort, was a twisty potboiler that in other hands might have been crushingly ludicrous, but he fashioned the screenplay into a thriller of unbearable intensity. He has an innate ability to dig into a scene and direct the hell out of it. There’s a memorable moment with a box full of snakes that literally – literally! – makes no sense, and so Villeneuve treats it like a nightmare, and it works so well that I almost had to leave the theater. His mastery of dread takes brutal precedence over logic.

As with Prisoners, Villeneuve has found in Sicario a fine opportunity to test the limits of tension, along with just enough moral turpitude to give the suspense some dramatic heft. Taylor Sheridan’s taught script is well-informed both by and on the futility of the United States’ war on drugs, but I think it’s important to note that the film is not about that war. It does make grand gestures in its general direction, but it is a procedural thriller, and it uses border warfare as a context much in the same way Breaking Bad did.

Which isn’t to say that it makes light of the troubles down south of the Rio Grande. Quite the opposite: Villeneuve presents the first journey across the border as a descent of downright Stygian proportions, with Jóhann Jóhannsson’s score rumbling with portents of doom and Benicio del Toro’s titular character uttering “Welcome to Juárez” as if he were holding open the gates of Hell. In fact, if I recall correctly, another character compares the city to Hell just a few minutes earlier, a conflation I imagine the people of Juárez might take issue with.

Speaking of issues, there’s a ghastly display of violence which greets the American envoy to Mexico that has troubled me since seeing the film. It is not inaccurate to the descriptions we’ve read about in the news, or the images we’ve seen in documentaries such as Narco Cultura and Cartel Land or in the darker corners of the Internet. Through Villeneuve’s lens, however, this violent imagery attains an unsettling aestheticism, and much like the hooded corpse from the opening of the film, it is unsettling as much because of those aesthetics as because of its text. There is no denying the power of images like these when filtered through such an artistic lens. There’s no doubt that, within the context of the movie, the images are dramatically effective and masterfully deployed. But should we condone the exploitation of a country’s open wounds for the sake of narrative bombast?

I was reminded of passages from Susan Sontag’s book on war photography, Regarding the Pain of Others, in which she delves into this subject. Of beautiful depictions of atrocities, she writes:

Transforming is what art does, but photography that bears witness to the calamitous and reprehensible is much criticized if it seems “aesthetic;” that is, too much like art…Photographs that depict suffering shouldn’t be beautiful, as captions shouldn’t moralize. In this view, a beautiful photograph drains attention from the sobering subject and turns it toward the medium itself, thereby compromising the picture’s status as a document. The photograph gives mixed signals. Stop this, it urges. But it also exclaims, What a spectacle!

Sontag presents this perspective, and then counters it with an acknowledgment that there can be beauty in devastation, and that “the spectacular is very much part of the religious narratives by which suffering, throughout most of Western history, has been understood.” And too: “That a gory battlescape could be beautiful – in the sublime or awesome or tragic register of the beautiful – is commonplace about images of war made by artists.”

I agree with her. I also believe that the issue becomes muddy when these images, both potent and beautiful, are inserted into an entertainment. Conversely, I admire Villeneuve for using them so expertly, and for shaking me so thoroughly, and I respect the film for following through on the implications of such representation. This is another of his trademarks; he has the courage of his convictions. He’s responsible with the volatile images he creates, the unbearable tensions he orchestrates. Sicario is ultimately a cynical film, and a hopeless one, and given its context perhaps its tact would be irresponsible if it weren’t for the fact that it never once shirks from following that initial manifestation of evil to its bitter, bloody – and, yes, beautiful – end. 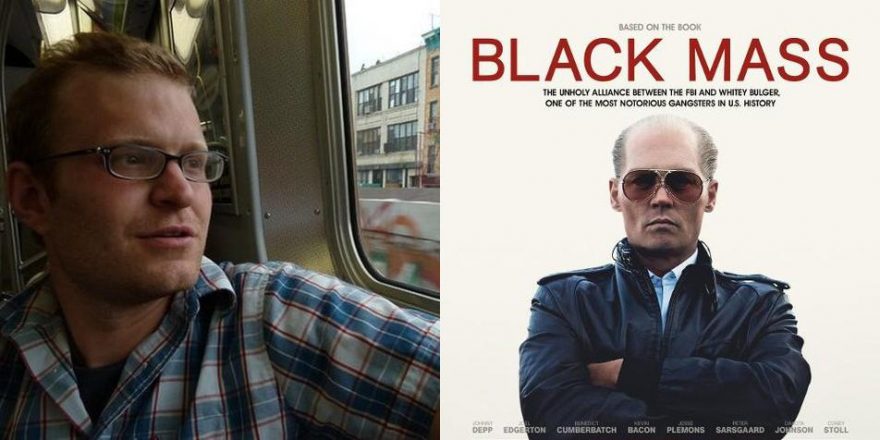