Have you seen Sleep No More, the theatrical sensation that at this point in its run has firmly left the underground and become a mandatory New York City experience? It’s an eerie exploratory performance in an abandoned hotel, where over the course of three hours the audience roams the labyrinthine set of their own volition, occasionally crossing paths with actors silently dancing their way through an increasingly unsettling interpretation of Macbeth. It is an adjunct interpretation of the play, one which doesn’t illuminate Shakespeare’s text so much as it extrapolates from it. It uses it, and that usage came to mind as I was watching Justin Kurzel’s new cinematic adaptation, which hangs a litany of the Bloody Thane’s greatest hits upon a sharply hewn coathook.

What a vision this movie is! A slowed-down, amped-up overpowering tapestry, one part spectacle and two parts hallucination. Shakespeare’s words are still there, for the most part, and they’re beautifully performed, but the film could function just as well without them. Turn the dialogue all the way down, turn up the droning score and sound effects to 11, and I daresay the film would scarcely suffer. Of those numerous immortal lines casting light upon Macbeth’s descent, are any so clear and immediate as the sudden shift in Michael Fassbender’s physical posture following the murder of Banquo? This is a visual experience in which the iambic pentameter is largely part of the immaculate sound design.

Which is why this can’t be called the definitive adaptation of Macbeth. But what could be? Certainly, there are things I missed in this incarnation – the precise clockwork machinations by which its hero rises to power, for example. But we can find that in Kurosawa’s take on “the Scottish play,” Throne of Blood. We aren’t permitted to share with Macbeth that terrible, delicious dawning of just how far he’s fallen, but we can always turn to Roman Polanski’s 1971 adaptation to more acutely catalog the inner workings of the character. On the other hand, there are moments here where that old text achieves an indelible new clarity. Certain images, such as the three witches appearing on the battlefield, seem crafted to forever sear themselves into the iconography of the play. The murder of Lady MacDuff and her family is so cruelly and bluntly realized that it colors everything that happens hence (my wife ran to the restroom just prior to that scene and happily returned to find the entire audience trembling in shock). And that, in turn, adds new heft to the famous Red Spot soliloquy: Marion Cotillard’s delivery of the scene is monumental, but its import owes as much to the galvanic context Kurzel gives it as to her performance, a context we realize he’s been building toward from the very first shot in the film.

That initial image, incidentally, is of a lifeless infant, laid upon a pyre of peat. Ne’er has more beautiful a dead baby been seen on film – the child is perfectly framed, immaculately lit, dead as a doornail, a sign of things to come. Throughout, cinematographer Adam Arkapaw captures the profound violence of the narrative with an eerie, fevered and altogether gorgeous grace. From the slow-motion friezes of war to the red sunlight that pierces the chapel where Macbeth is crowned, what we have here is not the callous, ugly brutalism of Polanski’s movie, nor its medieval reality, but a psychotropic fantasy intent on matching the aesthetics of Shakespeare’s language, even as it buries them.

I’ll take it. I’ll take this, and Polanski’s version, and Kurosawa’s, and Sleep No More, and Trevor Nunn’s RSC version with Judi Dench and Ian McKellen. They all contribute to the Macbeth in my mind. The play is the play is the play (oh, but there’s a logical cliché I’ll allude to here but not go so far as to employ), and any performance or adaptation thereof is but an interpretation, oft enriching, never defining. The good ones stick around. The bad ones we forget. We’ll remember this one. 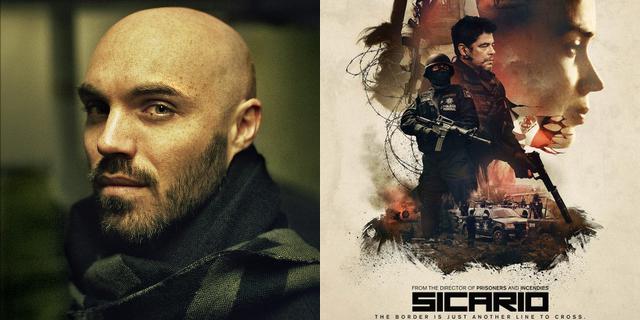