Archival footage is used in many documentaries, often to show viewers what happened and not force talking heads to tell the story. When I can afford the rights, I always prefer using archival. Unfortunately, unless you can find footage prior to 1922 (media published after 1922, but before 1978, are protected for 95 years) or hire some expensive lawyers and make the case for fair use, it can be extraordinarily expensive – or simply impossible – to take this route.

Composed entirely of archival footage taken from around 200 films made between the 1880s to the 1930s, Dreams Rewired takes advantage of fair use to an extent that few films dare. Many of the movies it pulls from are eccentric and silly, but Tilda Swinton’s playful voiceover gives the images context and creates a greater meaning.

Manu Luksch, Martin Reinhart and Thomas Tode’s film shows the idealism and excitement of the triumphant electric media boom at the turn of the 20th century. All of the possibilities! The world will forever be connected, and how great will that be?! Unfortunately, in retrospect, we realize the downsides of such connectivity. Without much nuance, the film demonstrates how this boom is eerily similar to the social media boom at the turn of the 21st century. If we can take a lesson from history, we should tread lightly.

In 2012, I was the MTV correspondent for the presidential election. What I took away most from the experience was just how backward the educational system in America is (and perhaps most of the world too, but that’s a conversation for another day). Our system is based on that of the British Empire, when there were no computers or phones, much less the Internet. Schools focused on three major pillars: good handwriting (because poor handwriting could result in information being misunderstood), mathematics and reading. These were vital. However, as Sir Ken Robinson notes, “Creativity now is as important in education as literacy … If you’re not prepared to be wrong, you’ll never come up with anything original.”

After the election, I started to write a TV pilot on high school education. But I had to find an entry point and narrative that could exist on television for today’s younger audiences; in other words, unfortunately, not the next Waiting for Superman. To prepare, I looked back at my notes. I had experiences and short docu clips from my 2012 election experience, and also – because of a documentary series I’d produced – experiences living with young people from all walks of life: from the homeless to students in the autism community to hopeless young people living in Oakland. I traveled to nearly every state during this time. For the script, I read dozens, if not hundreds, of articles on education. I watched films and TV specials, including a 1990 20/20 report on “death education.”

Three years later, my pilot is now with ABC Studios. Whether you will ever see it, whether we will ever even shoot a scene, who knows. But during this time, I have directed two feature films and two short films. It’s abundantly clear that education isn’t an easy topic to capture for mainstream TV.

I finished watching Dreams Rewired contemplating how media and technology can do so much good for our world, and yet how the results so often seem to fall hopelessly short. About a decade ago, I remember listening to Jimmy Wales speak about how information was like air – it was everywhere. The transparency that this could lead to was hard to imagine, yet exciting. I thought about all of the spew the media barfs out and how we would soon be able to correct such misinformation. What I didn’t think of was how dangerous this proliferation of information could be. People with a certain belief can now go online and find arguments that “prove” their thoughts. There are lies, damn lies, and statistics – and statistics are now omnipresent.

The delivery of this documentary – strictly adhering to only films of the past – is representative of how we as a people want to understand information, analyze information, and apply said information to the world. How do we use information to adapt and communicate? Imagine reading a textbook, but the textbook’s author has a unique voice. The narrator in Dreams Rewired has her own unique voice, and it makes the history come to life. She can be self-deprecating, sarcastic, humorous, and more often than not, full of questions:

Is technology here to help us, or give us away?

Whose idea was it to feature a mime artist in a sound film and quasi-invent cinema as we know it? (Answer: Alice Guy-Blaché.)

To be is to be connected. But what does connected mean?

My TV show about high school education may never see the light of day. But if this movie had already been required viewing for every high school student in America, I may not have felt strongly that I needed to write my script in the first place. 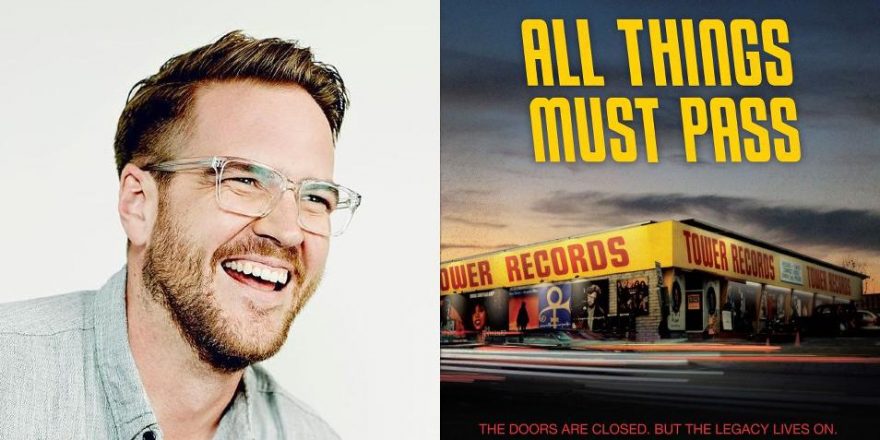