Our brains are really good at wringing out information from sound in physical space. With two ears, you can basically determine which direction a sound is coming from and how far away the sound source is. Reverb tells you how big the space is that you’re in and whether you’re indoors or outdoors or under a roof with no walls. You can even figure out, basically, what materials a room is made of: stone, plaster, wood, metal, tile. The reverb of watering a plant outside is different from the reverb of pouring a cup of tea in a wood-paneled dining room, which is different from the reverb of peeing in a toilet in a small tile bathroom.

Recorded sound messes with your brain, though. The signals going from your ears to your brain don’t match up with the signals coming from the rest of your body (what you see, what you’re standing/sitting on, air temperature, wind direction, blibberty blah). Movie theaters deal with this by trying to eliminate a good number of the signals going to your brain — except for what’s being sent from your eyes and ears. And the film’s sound team tries to make every sound coming through the speakers match the physical or emotional reality of the images on screen (well, in, like, a normal movie).

Most modern recorded music makes little effort toward naturalism. A certain number of albums try to faithfully recreate sound exactly as it occurs in a room, but most albums speak a sonic language that has really only developed in the last fifty or sixty years: fake reverbs, doubled vocals, stereo effects — all sorts of other processes, many of which have little analogue in the physical world. Our brains have learned to hear these effects as normal, pleasant and indicative of the fact that “I am listening to music,” but it should all be gobbledygook. This intimate vocal whisper somehow echoes like a shout in a canyon — and it’s just as loud as these epic drums, which sound like they’re circling you in a cathedral. And those drums are the same loudness as what sounds like a guitar, but is actually a completely foreign sound that seems to be coming from two vastly distant places at the same time — but, despite those thousands of miles, you can hear every detail. The place your brain can best describe these sounds as coming from is, well, your imagination.

No matter how popular the song, listening to modern recorded music is an esoteric, personal act of imagination. The artist is speaking to me and is also speaking through me. It’s not an external voice — a Jiminy Cricket, a Tinker Bell — it’s an internal voice, like a memory. Listening becomes a kind of creative act; it’s somewhat akin to playing a song off of sheet music yourself, as opposed to listening to someone else in the room play it. Music then becomes even more of a creative piece of your identity, maybe especially to teenage artsy types who are a little bit lonely.

Not everyone relates to hearing music that way. I know plenty of Arcade Fire fans who vastly prefer hearing real instruments coming from sound sources that they can see in a room full of other real people; to them, the insular studio recording functions as a souvenir of something that happened in the real world, instead of as a living co-creation.

Wait…what am I talking about again? Oh right, Hamilton (Original Broadway Cast Recording)! It sounds like a Broadway cast recording — it sounds like live musicians playing music in a room while people on a stage rap and sing and act and dance. The enunciation is clear, the singing is contemporary and there’s an ever-present sense of projecting out into an audience. The reverb knob on the vocals is mostly set to “Theater.” This is a unique recording mode — different from that used in most rock/hip-hop/R&B/country/pop/alternative/electronic music you hear these days. If you close your eyes, you’re not in your head. You’re in a theater.

Some people hate that sound. I mean — besides possibly disliking the musical content — they dislike the aesthetics. “Get off stage, Cash,” Johnny Cash says to himself at the start of “If I Give My Soul,” off of 2003’s Rick Rubin-produced Unearthed box set. “Exactly,” replies the producer. He’s going for internal soundtrack, not external performance.

But being able to picture the theater is why Hamilton works as an album. In theater, there’s a bargain the audience makes with the actors on stage. Shakespeare asked for it in Henry V:

But pardon, and gentles all,
The flat unraised spirits that have dared
On this unworthy scaffold to bring forth
So great an object:…
O, pardon! since a crooked figure may
Attest in little place a million;
And let us, ciphers to this great accompt
On your imaginary forces work.

You’re asked to pretend along with the actors. If Hamilton were more of a hip-hop album, there’d be no ask. Even when hip-hop is exaggerating or telling wild stories, there’s not this particular engagement. Shaolin is real because RZA hath made it so; because the world is immersive. Hamilton is real only if you go along with the ride. Close your eyes and compare the film version of “Do You Hear the People Sing” from Les Misérables with a stage version. There are a lot of variables, but, basically, in the film version, the audio is attempting to do specific work on your imagination — you hear the scene in the background, the horses, you hear the actors up close and intimate at times, then the sound zooms out to take in a whole city. In the stage version, you hear people performing on a stage — your imagination places you in a theater, but you have to fill in the rest.

And Hamilton is worth a little bit of imaginative work. It is worth engaging with a Thomas Jefferson who is a jazzy kind of jerk in a ’90s hip-hop world. To hear Jefferson flippantly call to Sally Hemmings, “There’s a letter on my desk from the President/Haven’t even put my bags down yet/Sally be a lamb, darlin’, won’tcha open it?” feels really gross, in a way that a slave master calling to a slave/mistress/mother of his children ought to feel gross. But you’re equally conscious of Thomas Jefferson being portrayed by an actor: Daveed Diggs, a black rapper in his thirties. The listener gets to cooperate with Diggs in making a new picture of Jefferson. We’ve needed a new picture of Jefferson! What better way to spend an afternoon?

Hamilton functions great as a record of performance; it’s like you have seats with an extremely obstructed view, but you’re still enjoying yourself. I recommend watching Lin-Manuel Miranda — the author and star of Hamilton — performing “The Hamilton Mixtape” at the White House in 2009 on YouTube to supplement this experience. That performance took place while he was still writing Hamilton. Miranda is funny and plays up the absurdity of making a hip-hop musical about Alexander Hamilton. But he also performs with virtuosity and intensity, and talks about slavery and disease and suicide. But there’s also Alex Lacamoire grinning nerdily in the corner, playing piano and snapping his fingers. And there’s also Michelle Obama laughing in the audience. There’s a joy to the performance that will set your expectations better than reading reviews about how game-changing or great or important to America the show is. It’s also nice to get a bit of a visual — to be reminded that this is theater, not just theater of the mind.

It’s strange, actually, to engage with a cast recording so early in the life of a musical. I think I’m struck by the imagination-inducing aspect of the sound because I haven’t seen the play and I don’t already have a firm grasp of what the show is like — I don’t know the choreography or what most of the characters look like. There’s no movie to watch clips from. I think I know one person who’s actually seen it. Mostly what I have to go on is the performers’ voices reverberating in a space that’s probably just the creation of a reverb unit. But it works remarkably well as a theater. 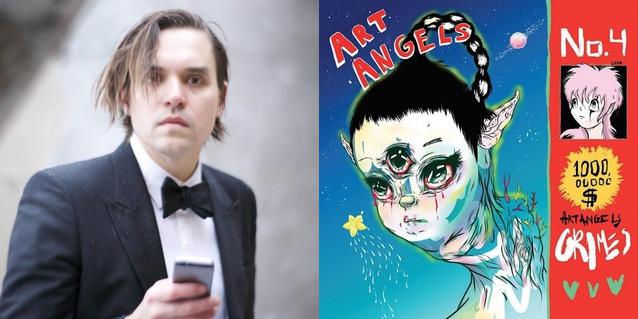