One of the great things about the Talkhouse is, it’s an index of the music that musicians are actually interested in — which is not necessarily the music that the industry is hyping. And while we have smart, notable musicians writing about those records all year long, sometimes we miss some stuff. And so we’ve devoted this week to Stuff We Missed: our best writers cover some outstanding (and perhaps not so outstanding) albums and books that came out in 2015.
— the editors of Talkhouse Music

I was thirteen years old when I played my first show. It was a New Year’s Eve party in 1999, and the threat of Y2K hung like a guillotine set for a midnight execution. In the Boise, Idaho, garage of a middle-school friend, our band of tweens did a set of Blink-182 covers. Just before midnight, our Mormon bass player (who had a skate park in his backyard) had to go home.

In his 2015 memoir, Can I Say, Blink-182 drummer Travis Barker reveals that his musical career started in a similar fashion: he learned all of Metallica’s 1986 record Master of Puppets on the drums in fifth grade (a feat demanded by the gatekeeper of a skate park Travis wanted to shred) and played any show he could get, just for the love of it — or maybe for the love of the ladies. He also had a Mormon connection: his first real touring gig was in 1996 to 1998 with the pious, third-wave-American-prankster-ska squad known as the Aquabats.

There is so much I want to say about this book and how much of it I connect with — and why Travis and I are similar — but the themes of youth, desire, death, guilt, trust, determination, dreams, magic and tragedy will resonate with anyone. His book is kind of like his drumming: astounding in its uniqueness, transfixing. I’m not saying that I’m his equal behind the kit. When I say I connect with Barker’s memoir, I mean that my life has had similar through-lines of substance, loss, erring and determination.

Back in 1999 — when I saw him on MTV every single day — I didn’t really comprehend the enormity of Barker’s success. And I still didn’t comprehend it until just a few weeks ago (as an adult who had long fallen off following Travis’ career) — when I read this book. He was making $100 million per year selling fucking T-shirts in the early 2000s, he reveals in Can I Say. (My hands lock up trying to write a sentence after that one.) When I first heard of Barker, however, he was running through the streets naked, his (blurry) tattooed body on full display in Blink-182’s 1999 video for “What’s My Age Again?” That track was the first single off Travis’ debut album with the band, Enema of the State, a title you’d like to call juvenile until you realize it’s a perfect viral tweet.

The video for “What’s My Age Again?” was decidedly much cooler than the hokey one that the band had made for “Dammit” (off 1997’s Dude Ranch), perhaps because “Dammit” featured the band’s bashful first drummer, Scott Raynor. His performance differs from Barker’s in the way that a Fiat differs from a Ferrari. Raynor isn’t named once in the book, although he’s talked around and arguably plays a central role, even if that role is absence: he stepped aside, making way for Travis. (In my opinion, he’s a serviceable drummer — maybe sometimes you wanna take the Fiat for a spin.)

The saga of how Barker joined the band is a focal point of the book: on the road supporting the Dude Ranch album, Raynor split for “domestic” issues. Travis — who was touring alongside Blink while in the Aquabats — hopped behind the kit for double-duty drumming. And a year later, with the release of Enema of the State, Blink-182 was on the path to becoming one of the biggest bands in the world. It was astounding to learn just how difficult Travis’ journey was. I appreciate his diligence, hard work and passion.

As a drummer, Barker was and is flabbergasting. No one plays the way he does. It was no surprise to learn that he’s a fan of Buddy Rich, the iconic big-band virtuoso who played with about equal spectacle. Bill Fold, the manager of the Aquabats, says in the book, “He led a movement of kids adopting an attack style of drumming.” (Although the book is a memoir, there are a number of interstitial interviews with friends and other music folk that include both laudatory and defamatory statements and fill in memories that Travis lacks.)

“Led a movement.” That might be understating things. Travis put drumming in the spotlight in a crazy way. He was melodic, loud, stylish, charismatic and, most of all, fun. He reinforced the drums’ ability to push a song dynamically, and his drumming was just so damn aggressive. Travis’ beats took forever to learn, full of syncopation and driving fills and comping at upwards of 200 BPM. He also removed the slacker element from the grunge hangover. He was obviously a workhorse, which suddenly meant it was cool to bust your ass. Inspired by metal and hip-hop and jazz and basically anything with a beat, Travis learned it all and digested it and put it back into the world with a forceful twist.

As a drummer from the generation after Travis, it was and is awesome to have a positive role model in Barker (at least for developing musical skills). He is a machine. Basically, all he does, and all he’s ever wanted to do, is play drums. He even writes about how he got tattoos that would ensure that he’d never get a “real” job: on the hands, head, neck and so on — anything that can still be seen while you’re wearing a suit. Even the book’s title, the name of a 1986 Dag Nasty album, comes from words tattooed across Travis’ chest.

Travis’s co-author, journalist Gavin Edwards, a contributor to Rolling Stone and veteran chronicler of Blink-182, helped guide the book to a place where all Travis’ pill-popping and womanizing and violence — along with his excessive infidelity, his confrontations with the paparazzi and his gang involvement — don’t come off as negatively as they could. Some of this behavior is just never excusable, though, and you feel the weight of Barker’s regret. That all resonated with me. The book eases into all of this; slang and swears become more frequent as the book goes on. I imagine that’s kind of what it’s like to meet Barker, as he’s often described as soft-spoken in the book — he’d really have to open up over time.

Barker also details the horrific 2008 plane crash that left two of his friends and two pilots dead, and left him covered in burns. It’s tragic, lucid, beautiful writing and an unbelievable tale – equal parts blind luck and grueling recovery. I can’t relay the horror of this to you any better than Travis does. But it was a milestone for the dynamo, as it started him on his long road to recovery — both from physical injuries sustained during the crash and from addiction to pain killers.

The book is made more credible by the testimonials from people who have no stake in protecting Barker at this point: his repeatedly estranged bandmate Tom DeLonge and his ex-wife Shanna Moalker, among others. These people tell the truth — Shanna, for example, expounds on Barker’s aforementioned infidelities. They’re not there to make Travis look good. A good memoir depends on the details. A great memoir demands pummeling honesty, and it comes from all directions here. Travis is frank about his sexual exploits, his drug use and his struggles with death. It’s wonderful to watch him fall in love, both romantically and paternally. It’s kind of fun to watch him struggle through the early years. It’s difficult to read his suicidal tendencies. It is inspirational how he overcomes addiction and injury and loss. His description of his post-plane crash physical therapy is not only horrifying but also moving. His admission that he hired someone to make sure he didn’t overdose on pills is devastating — I was once charged with this task by my brother.

So I relate to a lot of this story. Through reading about Barker’s experiences, I became strengthened against the world. Not caving to adversity is one thing; to completely overcome devastation is another. Reading this book was like meeting a friend from long ago on a train and catching up completely before your station. I felt proud of him, in a weird way. This book made me feel like Travis was a companion, even if I didn’t follow him closely in the last decade.

And there is something about self-retribution here. You do feel that weight of regret. But the memoir itself is a way for Barker to absolve himself from past deeds. Airing everything out somehow gives everyone — both Barker and the reader — some positive distance. Maybe you can’t admire every turbulent moment, but you can admire what compels one to right the ship. 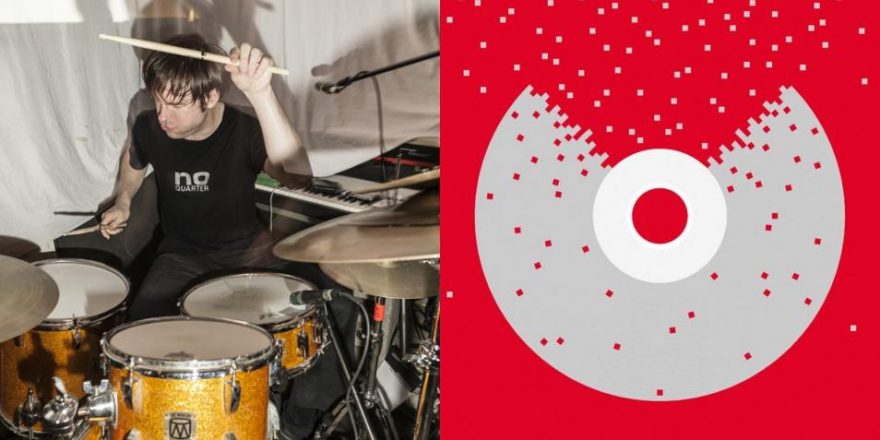 John Colpitts (Kid Millions, Oneida, Man Forever) Talks Stephen Witt’s How Music Got Free: The End of an Industry, the Turn of the Century, and the Patient Zero of Piracy