I spoke to Opal Hoyt, the creator of Zenizen, the day after the New York record release party for Australia, a seven-track recording released in October as an advent to a larger full-length album forthcoming on Don Giovanni. Zenizen brings a positive and powerful energy to DIY music as, at every level of being right now, stakes are feeling very high and emotions are running very deep. The band’s music speaks beautifully to wanting to create something from destruction. As Zenizen gets ready to work on its full-length debut, Opal and I discussed how the group started, where it’s at, and where it’s going.

VICTORIA RUIZ: How did Zenizen start?

OPAL HOYT: I started Zenizen as an electric duo with another friend. I was used to playing in a band and having more people involved. When a project with more people slowed down a few years ago, I was trying to figure out what would be next for Zenizen. I met some musicians from Australia, and we really hit it off. It sounded crazy to go to Australia. But when I ended up quitting my job in part to commit to Zenizen, I recorded some of my older music. I realized that I had already quit my job, committed to wanting to make Zenizen possible, and wanted to figure out how to make that happen. I was determined to do something real and concrete. I wanted to be out New York, out of the U.S., and and make something from scratch. So, I did. I wanted to make sure this is what I wanted to do. I decided to go to Australia and make the record happen. This would have been in the winter of 2016.  I just wanted to go and do this trip and do something new.

How did you end up working with Don Giovanni?

I was asked to play a show at Shea Stadium in New York. I played with Izzy Tru and Sammus. I had never seen Sammus before. After the show, I met Sammus and her tour manager, and we mutually fangirled. Zenizen went on tour and came back and Sammus’ manager was at our show again again. We started a conversation and went to lunch a couple of times. Don Giovanni has really expanded their usual punk roster. Sammus and her manager helped us be a part of that expansion.

The song “Expanding” is so excellent. The lyrics seem to be written in a couplet type of form that makes it catchy, but the long, drawn-out beats and vocals simultaneously sound prayerful, or like hymns. What was the process of writing this song?

I write all my songs very, very, very deliberately. [For “Expanding,”] I gave myself various rules: I didn’t want my chorus or verses to go outside of a certain disciplined number of words. It seemed urgent for me to do that and include that. I was trying to be an observer of what I was making, too.

Do you still use rules like that? As a songwriter, I think that’s brilliant.

I don’t do it as much. I set myself up that way, because if I gave myself too much leeway, I would have found an excuse for why not to do it. Now that I’ve gotten over that hump, I was able to do something and prove something to myself. Now that the first thing is out of the way, recording-wise, I can think about new ways of working.

You were born in Alaska and raised between Vermont, Jamaica, D.C., and Brooklyn. How does your personal migration throughout your life impact or not impact your music?

I’m adopted. I’m not used to any unconventional lifestyle. It is unconventional from the get-go; that is just a part of me. I live in Vermont, which is very white, and I’m very black. I lived Jamaica, in which is very black and my parents are very white. In D.C., there’s a whole different element and living in New York is very different. At first, when I was younger, it was so hard to fit in, and it would make me very uncomfortable. Now, I’m trying to take in the good parts of the experience and realize that I don’t have to be locked into any type of methodology. There are so many people doing so many things that I don’t need to fit into any one piece. It doesn’t inform what I’m doing directly, but is a life viewpoint.

What are your influences?

I take a lot of influence from my peers. Then, there are also a few things like my Pointer Sisters obsession. I tend to stay more contemporary and take inspiration from my relationships with other musicians—going to shows and seeing what people are doing. I try to stay very present. I don’t need to make anything that’s mimicking stuff that I like, because someone has already made it. I don’t “put” things into my music, because then it’s not mine.

Of course, influences find their way into what I’m doing. I am naturally really connected to the people that I choose to surround myself with. It’s not as specific as guitar riffs; it’s more about your life. Your friends, your people will have that impact on you. I go out and try to meet people in a real-life organic way.

Are you going on tour?

We are for sure planning a tour for when the full-length comes out. We already play a lot of shows, so I’m sure stuff will come up [before the tour], but we are doubling down on getting a full-length ready. We have been talking to a bunch of producers and focusing on getting excited about the next step.

You collaborated with great artists, like Suzi Analogue and Black Spade, on this recording. How do your musical collaborations come about?

Everyone that collaborated on Australia are mostly friends. I told people that I wanted to put mixes on the back and see if they wanted to be a part of it. It was really great to bring people in and produce the music together.

You have so many dynamic beats and electronic rhythms. Have you ever had to clear samples on songs, or is the music totally original?

Everything is original. I pull inspiration from many different places, but my music is all original. If something already exists, it already exists. I want to create something new. For the full-length, we will see if there are any outside features, but, generally speaking, we try to keep it insular. 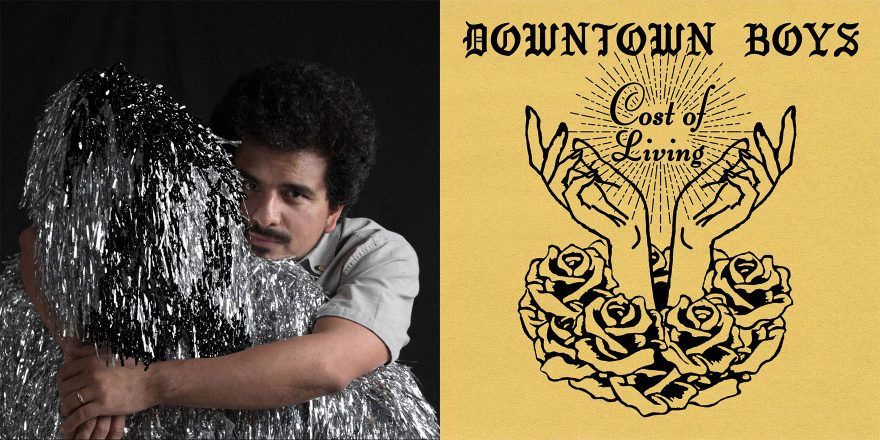