Barbara Kopple produced and directed Harlan County USA and American Dream, both winners of the Academy Award for Best Documentary Feature. Her other films include Fallen Champ: The Untold Story Of Mike Tyson, Wild Man Blues, Shut Up & Sing, Gun Fight, Running From Crazy, Hot Type: 150 Years Of The Nation, Miss Sharon Jones! and This Is Everything: Gigi Gorgeous. Her latest film, A Murder in Mansfield, has its world premiere at DOC NYC on November 12. Learn more about her here.

Even before the tragedy that changed his life, the subject of my latest documentary was dealt a psychological double-whammy. Collier Landry grew up with a distant father who withheld love and acceptance from him and a mother who felt alone in her marriage and overcompensated by treating her son like her missing partner.

I studied psychology in Boston before I became a filmmaker. My cousin is a child psychologist, and my own son is now a psychiatrist in Manhattan. I always felt this background has served me well in the documentary profession. Understanding people and their motivations is a big part of telling their stories, gaining their trust, and striving to craft compelling and accurate personal journeys in the edit room.

My latest film, A Murder in Mansfield, which premieres at DOC NYC on November 12, tells the story of a boy who grew to manhood haunted by unresolved issues with his family. Many of us have issues like those with our own pasts, with our own families. But for Collier Landry, it was more extreme. The reason those issues remained unresolved between him and his mother was because she was murdered when he was 11 years old. And they remained unresolved with his father because his father was convicted of that murder.

Dr. John Boyle was a prominent physician in the small city of Mansfield, Ohio, in the 1980s, married to a beautiful, loving wife named Noreen. They raised their son Collier with a picture-perfect life, but below the surface was deep dysfunction and unhappiness. 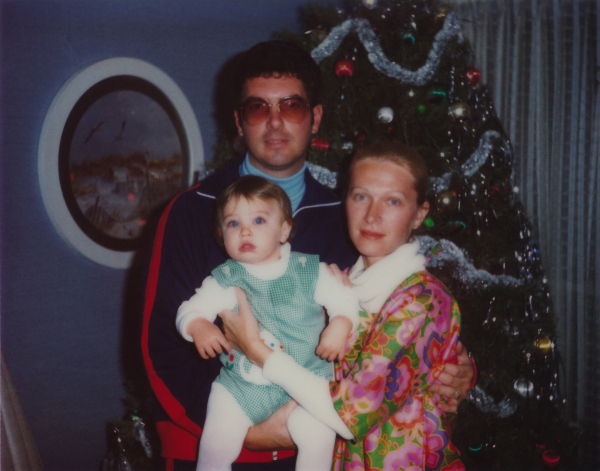 One night, on December 30, 1989, Collier hugged his parents, went to bed, and awoke to learn his mother was missing. His father told him, “Mommy went on a little vacation,” but her body was discovered not long after in the basement of Boyle’s second house.

Collier was pulled from his home and placed in foster care, while his father was arrested and charged with murder. His experiences with adoption thereafter left him with feelings of rejection, he was blamed for his father’s sins, and he also carried mixed emotions of pride and guilt after he gave the courtroom testimony that likely sent his father to prison.

I was never particularly interested in making a true-crime documentary (though I am now). This story was different. Because the murderer’s guilt was clear for so many reasons, this would not be a film about a mystery or a miscarriage of justice. What was compelling to me instead was the chance to explore the effect all this had on the mental and spiritual well-being of those connected to the case, especially Collier.

I have done several documentaries that look at mental illness and psychological damage by getting up close and personal with a few individuals. Running From Crazy was about how depression and suicidal tendencies had been passed down in Ernest Hemingway’s family and followed Mariel Hemingway’s attempt to right that for the sake of her own daughters. I directed another film last year called Shelter, about military veterans dealing with PTSD while attempting to stabilize their lives and pull themselves out of homelessness.

These are always “heavy” subjects to tackle, but it can also be incredibly inspiring to watch someone determined to fix themselves, to try to better their own lives and find happiness. A Murder in Mansfield was a chance to look at the trauma experienced by people close to a violent crime – how there are more victims than just the recognized victim. It seemed like an underexplored topic given how many people in America are affected by violent crime. As one report claims there were over a million violent crimes committed in the U.S. in 2015 alone, meaning potentially millions of “secondary victims,” I thought a film on this subject would hit home with many.

I first met Collier Landry 26 years after the murder, as my team and I documented his return to his native Mansfield during a cold and snowy December last year. By then he had become a cinematographer and director living in Los Angeles. He was coming back with the intention of reconnecting with the families of both his father and his mother. He wanted to again see his long-lost adopted sister. He wanted to see the police detective and his wife who tried to adopt him. He wanted to talk with his childhood psychologist. And he wanted to visit his father in prison for a heart-to-heart.

I recognized in him such a bright and vibrant person, and it was hard to imagine how haunted he must be. I was touched (but not surprised) by how many people loved him. As much rejection as he carried, it was beautiful to meet people who had opened their homes and hearts to a child in pain – compassion in its purest form.

Collier won over the whole film team right away with his bravery and openness. His willingness to search deeply into painful areas also took him to some surprising places inside himself. I think he believed that doing so might help other people by his example. It turned out to be a really healing experience for him. And as he explored all of this, perhaps not surprisingly, so many roads seemed to lead back to his father, sitting inside Marion Correctional Facility less than an hour away. 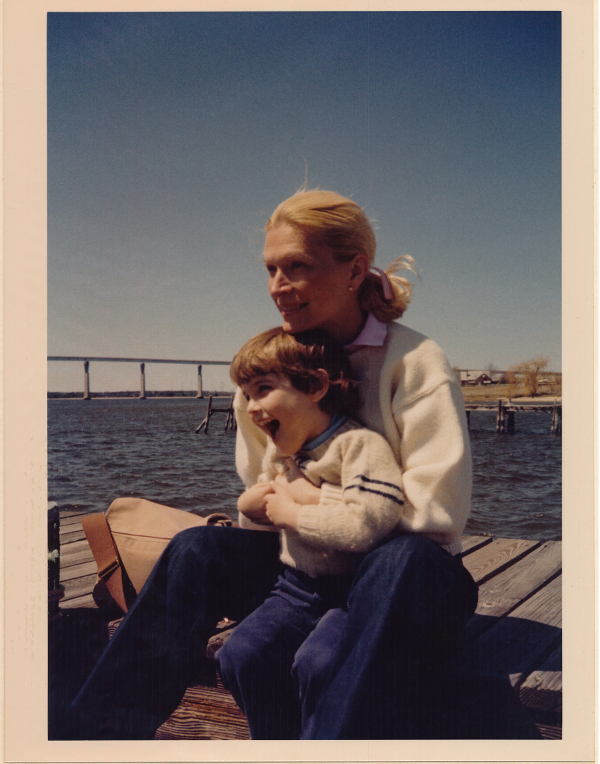 Maybe I should back up. The way I actually first met Collier was by watching hours of video tapes of him in court as a 12-year-old boy. His father’s arrest and ensuing trial had turned Mansfield upside down, and young Collier had a very public decision to make. Would he stand by his father, regardless of his guilt, or would he seek to avenge his mother? Nearly every news outlet in Ohio had a camera rolling during his two days of impossible-to-look-away testimony in 1990. Watching it, I saw a very angry boy on the stand that summer, clearly gunning for his father. He told me he tried to look him in the eyes. When his father refused, Collier came away feeling he was “the better man.” The jury sentenced Dr. John Boyle to life in prison.

One of the revelations for me in making the film was the discovery of twenty-plus years of correspondence between Collier and his father. Those letters revealed to me a troubling relationship, at times even psychologically abusive. Despite everything, it was clear that Boyle still had some kind of a hold over his son, one that worried those close to Collier.

Collier’s relationship with his father is complicated. I cannot begin to understand how painful it was writing to the man who killed his mother, but from their letters I understood how deeply Collier craved familial bonds. He still wanted approval from his father, even with their convoluted past.

We can all relate to wanting to find connections that give deeper meaning to who we are, and a father, even an extremely flawed one, is a link to our selves. His next opportunity for parole is coming up in 2020, and Collier’s adopted family told me they believe that a free John Boyle would be a manipulative and destructive force in his son’s life.

As filming continued, it became clear to Collier that he needed to again face his father, as he had once done as a boy in that courtroom. This time his goal was, at long last, to get the full and unvarnished truth out of John Boyle – about their relationship and about what happened to his mother that night so long ago. Inside that Ohio prison, their meeting made for one of the most intense scenes I have ever filmed.

When I look at the footage of young Collier on the witness stand that opens our film, so brave and well-spoken, my hope for that child is that he might grow up to be something like the adult Collier I have come to know. I am thankful for him. He makes me believe again in the power of the human spirit and everyone’s ability to rise above the pain of our pasts to forge a fulfilling future of our own making. Hopefully most of us will never face anything like the terrible trauma he has experienced, but Collier is a reminder that each of us can choose to take control of our own fate and stay kind and forgiving.

Barbara Kopple produced and directed Harlan County USA and American Dream, both winners of the Academy Award for Best Documentary Feature. Her other films include Fallen Champ: The Untold Story Of Mike Tyson, Wild Man Blues, Shut Up & Sing, Gun Fight, Running From Crazy, Hot Type: 150 Years Of The Nation, Miss Sharon Jones! and This Is Everything: Gigi Gorgeous. Her latest film, A Murder in Mansfield, has its world premiere at DOC NYC on November 12. Learn more about her here. 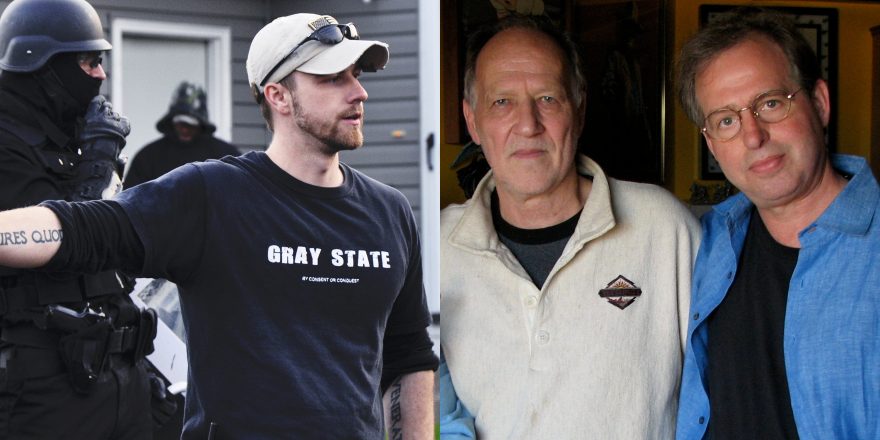