Sun Ra told us long ago that our planet is in great danger.  Water is becoming very scarce in parts of the world because of corporate greed.  And then there is Las Vegas, which has a very real drought of both water and culture. Shamir’s debut album Ratchet is like water to this drought. Thanks to Shamir, Las Vegas will no longer be defined in popular culture solely by Caesars Palace, The Hangover and Burning Man newbies. It will now be defined by a 20-year-old prism, a self-declared “skinny fat-ass” named Shamir Bailey.

Before I got to listen to this album, I had to content myself with Shamir’s handful of singles, his interviews and his social media. From “On the Regular,” I already knew he was “five-foot-ten/about a buck twenty/skinny as a rod,” but I was still left wondering where Shamir stood on being a young, black, smart artist in the United States. I don’t have to wonder any more: Ratchet gets at it pretty perfectly. Now we don’t need anything else to know what Shamir is about, and on “Vegas,” the appropriately titled opening jam, he tells us what it is like to live in a place that is an oasis for some and a hell for others:

“Best believe this city has just what you need
Come and play, there’s no place you would rather be
You can come to the city of sin and get away without bail
But if you’re living in the city are you already in hell?”

Shamir is sticking up here for all the kids who have to figure out how to grow up in American cities that have been turned into playgrounds for the rich, and for the service workers who have to respond, “My pleasure,” to drunk, dumb and poorly tipping customers.

Ratchet strikes the right balance between the need to dance and the need to think. Shamir’s voice is thick and beautiful, and his beats are danceable and emotional. On songs like “Call It Off” and “Darker,” it seems like one of the instruments Shamir and producer Nick Sylvester used to make this album was a satellite that picks up beautiful cosmic sounds.

Shamir finds simple words to express heavy ideas: “It’s my own road that I paved/don’t need to be helped/don’t need to be saved,” feels like a protest against self-alienation and despair of the soul. Shamir fights for the relevancy of the emotions that hang unsaid in our breath, silence and thoughts. On his anthem “Call It Off,” he tells the listener “It’s not time to get it started/it’s time to call it off.” How many times have we felt the need to call something off, but still kept playing along with all kinds of bad ideas? When I die and go to heaven, I will find Shamir in a celestial cafeteria, give him my fruit snacks and ask him to be my friend.

Some of Shamir’s tracks, like “Hot Mess,” feature a call-and-response between a husky, heavily distorted voice that feels like a sonic stand-in for something very deep, yet bright, from inside Shamir. These bold vocals make Ratchet sound grittier and deeper than the average electronic dance song. In “Youth,” there is a clarity of feeling underneath the madness of Shamir’s lyrics and beats. Shamir is making sure that we know the importance of picking a side on things. He is not looking for comfort and convenience; he is expressing something much more desperate and important: “Charm on through as you do/but your horns are peeking out/I know the game you’re playing/No more cat and mouse.” Shamir’s beauty is fierce.

Listening to his golden beats and take-no-shit lyrics (“Yes my words are blunt/and I ain’t talking weed”), I found myself thinking of every boy who broke my heart, every boss who thought I was dumb, and every cop looking at me and yelling at me to move along. After listening to the album on repeat, I can’t help wanting to write a warning note on this album for the masses that says, “Don’t just think this kid is sweet and nice to listen to. He’s hard and knows what to do!” But Shamir doesn’t need my help, he makes that all clear himself. Instead, when he chants “youth! youth! youth!” on “Youth,” we should just chant alongside him, and follow him into the infinity that he is leading us to. 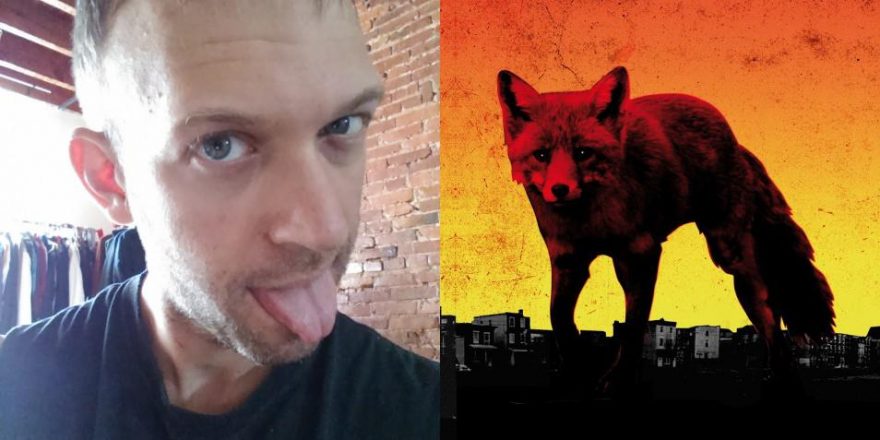