Devonté Hynes is an octopus. I mean this kindly. I mean it in the sense that the London-born, New York-based artist has created more in his 27 years than most will in a lifetime. He has co-written and sung with artists such as Solange, Sky Ferreira, and Florence and the Machine. He has written books about punk that he categorized as “comedy sci-fi monologue.” He even recorded an EP of Green Day covers for no reason other than the need to record an EP of Green Day covers, just because. His tentacles spread all over. He might as well have eight arms.

As a frontperson who would not be worth anything without her bandmates, I’m impressed by someone like Hynes. Not just for the fact that he is a producer for rising pop stars or that he plays jazz guitar with effortless grace, but because Blood Orange is him alone. Hynes did the dance-punk Brit-brat thing before he hit his 20s with Test Icicles, then he did the folk thing with Lightspeed Champion, but now with Blood Orange’s sophomore release Cupid Deluxe, he has hit his stride. Hard. I don’t know the guy — like, at all — but it’s pretty clear that this is the music he was meant to make.

Whenever I have to review an album outside of the genre of music I myself am capable of creating, I really have to deconstruct it. I have to listen, over and over, to try to play Jenga with the pieces of the song to understand how the song went from a hum in the back of the artist’s head to an airbrushed pop hit. If there isn’t a Big Muff pedal involved and a Ludwig kit that’s falling apart, it takes me a lot longer to understand and Cupid Deluxe clearly did not require the use of either of these tools.

Cupid Deluxe is a big, fluffy piece of rainbow angel food cake that you can’t stop yourself from biting into. Opening with “Chamakay” (which dropped earlier this autumn) Hynes plays with r&b and dub notions, his breathy voice sprinkling across the instrumentation. The album grows from there, adding the voice of r&b singer Samantha Urbani on “You’re Not Good Enough” and Dirty Projectors’ Dave Longstreth as well as Clams Casino on “No Right Thing.” For all the additional voices and collaborations on the album, it’s still Hynes who rules it. “Uncle Ace” paints a picture through sound, using twisted saxophone breaks and manipulated funk crawls to draw the listener into the underbelly of New York’s lodging squat for LGBT kids dubbed “Uncle ACE’s House.” Cupid Deluxe melts together, song after song, like one long stream of consciousness, while the hooks rise up at just the right moments. The closing “Time Will Tell” is a delicate yet dark blast of bedroom pop that sounds like something Prince might have recorded 20 years ago, then tucked away in his archives and forgot about until now.

Stereogum’s Tom Breihan equated Cupid Deluxe to Dr. Dre’s The Chronic, which I think is kind of genius, mainly because it understands the cultural significance of an artist like Hynes. Cupid Deluxe may not reach the masses the way Hynes’ songs for Solange and Sky did, but this album will carry so much more weight and depth into the future. It is critical and intelligent in a way that one-off hits will never be. Cupid Deluxe is a careful orchestration that expresses so much more than just hooks. It’s what happens when the octopus uses all eight of his tentacles. 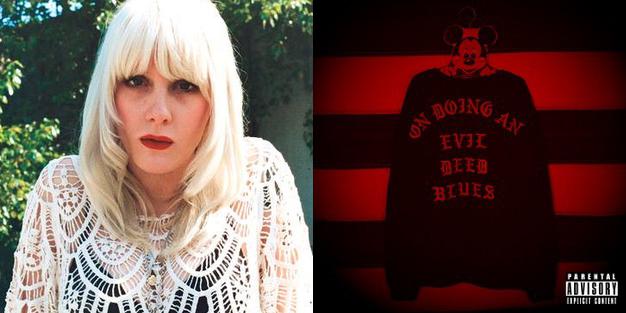