My first choices for song of the summer were, appropriately for these times, hopeless. It was a draw between the negation worship of Behemoth’s “The Satanist” or — not hopeless in the negative sense but still an absolute acceptance of the void — Swans’ “Screen Shot.” It would be ahistorical to pretend that the crimes of the state are somehow now more brutal or horrific than they have been since the Union’s inception, but I live now and therefore I feel guilt and utter complicity in the murder of thousands. A summer song feels dumb and useless. But here we are, so I figured I should pick one that reflects the age.

But grand pronouncements of despair from the comfort of one’s computer are a luxury in themselves. Despair and black metal, while sometimes reflecting the reality of the artist’s surroundings, are just as often, at best, speaking from the artist’s imagination or, at worst, are a fetishization of violence that comes from the luxury of never actually having to experience it. I’m partial to both music that revels in the muck and music that kicks hard to transcend it. But I can only pick one song of the summer.

Downtown Boys are a six-piece punk/hardcore/no-wave band from Providence, Rhode Island. They are of the “kick hard to transcend” variety and they are aggressively political. Not in the “personal is political, I ride a bike, don’t watch TV, and all my patches are done by myself” sense, but in the capital-P, direct action, community-organizing, raise-money-and-awareness, Woody Guthrie and Los Crudos sense. The lay your body on the line because the state is a steamroller and you’re about to get run down anyway sense. Their music makes me want to be better than I am, to stop flattering myself with hopelessness. Hopelessness being, in my socioeconomic stratum, a vanity, because if everything is hopeless, nobody can blame you for not trying; you’re just an innately good person who accepts the realpolitik. Fuck that noise.

I’m not going to lie, being an immoral aesthete in a lot of ways, it’s easy for me to embrace Downtown Boys as wholeheartedly as I do cuz of the music they make. A Red Bull and Adderall blend of “Rebel Girl” (or “I Wanna Be Adored”) beats and “Young Savage”-era Ultravox, it’s basically the punk band I’d make in my punk factory if I weren’t kept down by the punk bosses. Their newest seven-inch came out this year and it’s been on repeat for me the way that the ultimate summer jam of all time, “I’ll Be There for You/You’re All I Need to Get By,” was my summer soundtrack of ’94.

Of course, being a rule-bound citizen, I have to pick one song from the EP (another rule, maaaaaan, was that I couldn’t choose the cover of perennial Zack karaoke favorite Sham 69’s “If the Kids Are United” that Downtown Boys did for Rookie Mag. But trust me, it slays and kills and destroys and what have you). So I choose “Slumlord Sal.” I choose “Slumlord Sal” not only because I am a total lame who doesn’t speak Spanish and it’s the song in English, and not only because they made a video for it that has cops being turned into dancing leather daddies by the transformational magic of punk, but also because the song is a perfect encapsulation of Downtown Boys’, yep, art. The song is a direct fuck-you to a slumlord — “I got bites on my arms (AND IT’S ON YOU!)/I can’t sleep at night (AND IT’S ON YOU!)” — made danceable and gang-vocable, conjuring up Blatz’s “Fuk New York” with James Chance sitting in. It’s a song of rage and humor and despair and hope. It’s a summer song that doesn’t make me feel pointless. In (lol) a just universe it would be the club hit of the season. 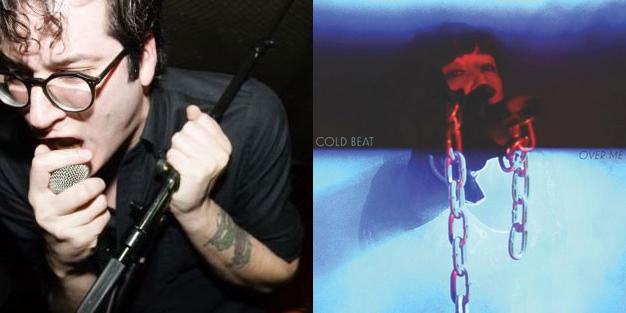