Bridge of Spies is old school. I mean that in the best possible sense. It’s directed with impeccable taste in every single aspect of its production. It is indisputable that Steven Spielberg is a master filmmaker. An auteur. It’s a well-known maxim that the auteur (or even the film director) is an “arbiter of taste.”

The technology blogger John Gruber in “The Auteur Theory of Design,” his talk at the Macworld Expo in 2009, used the idea of the auteur filmmaker as an analogy to the success of Steve Jobs as the CEO of Apple, Inc. “What the director is doing, nonstop, from the beginning of signing on until the movie is done, is making decisions,” he said. “And just simply making decisions, one after another, can be a form of art. …The quality of any collaborative creative endeavor tends to approach the level of taste of whoever is in charge.”

Steven Spielberg is no doubt “in charge,” as is evident in every frame of Bridge of Spies as well as in the nearly 30 feature films he’s directed previously. But what we tend to overlook in the auteur theory is that a great many, if not most, of these decisions come from the choosing of collaborators to realize that vision. The fact that his “taste” is impeccable is what makes all the difference.

Here he has assembled an all-star team of all-star teams. The film was written by none other than Joel and Ethan Coen (working from Matt Charman’s original script). It lends a lot of distinct character and flavor to the proceedings, the story of insurance lawyer James B. Donovan’s adventure in swapping Russian spy Rudolf Abel for downed American pilot Francis Gary Powers in East Germany during the height of the Cold War. What could have been a dull history lesson is a colorful escapade filled with some of the Coens’ trademark absurdist devices: Kafkaesque multiple meetings become confusion fests reminiscent of those in Miller’s Crossing, Barton Fink, The Big Lebowski and Burn After Reading. It may not even be clear to the participants what is being said or accomplished, if anything at all. This adds a lot of fun and laughs. But the Coens are also masters of suspense and there is no shortage of that either.

Spielberg’s regular cinematographer Janusz Kamiński is once again a wizard of framing and light. Here he perfectly captures New York City and Berlin of the late ’50s and early ’60s with no detectible CGI gimmickry. It’s the second film I’ve seen in a row that was shot both on 35mm film and on location (Scott Cooper’s Black Mass was the other). It both heartens me to see this and saddens me that I have to remark on these two things as if they are novelties. These days they are, unfortunately.

Production designer Adam Stockhausen shows the affinity for eastern European peculiarities and delights that won him the Oscar for Wes Anderson’s The Grand Budapest Hotel. He also captures a mid-century New York that doesn’t feel like a movie set but rather the actual time and place itself.

At 79, Spielberg’s longtime editor Michael Kahn shows he’s still got the goods. This is particularly evident in the film’s bravura opening chase sequence, which goes for several minutes without dialogue or music.

Alas, this is the first time John Williams is not composing the score for a Steven Spielberg film since 1985’s The Color Purple. He’s always a valuable asset but the solid Thomas Newman acquits himself nicely.

And then there is the cast, a fine ensemble that includes the great British film and theatre actor Mark Rylance (playing Abel) and a terrific Scott Shepherd. There are wonderful turns by Sebastian Koch, Dakin Matthews and Peter McRobbie as well as fine work by more familiar faces (Alan Alda, Amy Ryan, Jesse Plemons, et al.).

Then there is Tom Hanks. Stalwart and sturdy as ever. In his 30-plus years as a leading man, equally adept in drama and comedy. Master of wonderfully deft moments of physical and verbal humor and a strong presence. Worthy of the title his Russian spy client gives him, “The Standing Man.” Hanks often draws comparisons to James Stewart with his dependable persona and “aw shucks” affability. And he has that here in spades. But he also recalls one of my favorites, Gregory Peck. Peck was known for playing forceful, solid men who were as articulate as they were trustworthy. Atticus Finch is alive and well in Hanks’ Jim Donovan, but not in an imitative or insincere way. He fully embodies his character’s sense of dignity and warmth as well as he does those tailor-made ’50s suits and overcoats he wears. And the hats! Don’t even get me started on the hats. This is a movie with a lot of great hats. They become characters in their own right. Maybe this is an invention of the Coen brothers, who made hats a vital part of character and story in their classic Miller’s Crossing.

As for Mr. Spielberg himself, he is channeling many of the classic filmmakers he is known to admire. Bridge of Spies is Capraesque in its Americana. It recalls at times the Cold War thrillers of Ritt, Frankenheimer and Lumet. It has a lightness and buoyancy in both style and storytelling akin to Minnelli or Donen. And, of course, its magisterial control of every frame and nuance calls to mind the man with whom the term “auteur” is most closely identified: Hitchcock.

It’s a terrific film. Perhaps Spielberg overplays his hand with one final nail-on-the-head sequence at the very end (just as he does in the otherwise great Munich). But I had enjoyed myself and been so completely enthralled during the previous two hours and 15 minutes that I didn’t really mind so much.

Even lesser Spielberg films wow me at times with the sheer skill and craftsmanship involved. He’s still really something after all these years. A superstar director with a foot in the past of film’s illustrious history who keeps moving forward into the future with spirit and style. You go to a Steven Spielberg movie to see what Steven Spielberg has done. The fact that his talented collaborators are playing one of the best games of their lives is, as they say, just gravy. 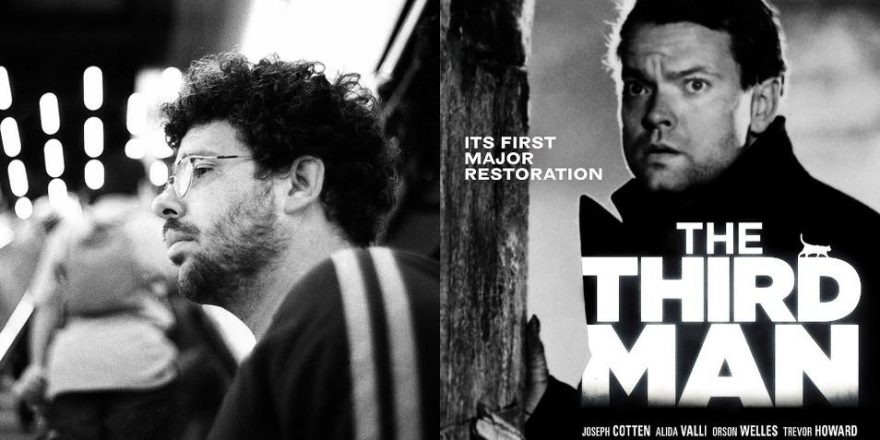