Cooper Raiff is a 23-year-old filmmaker-actor from Dallas, Texas. His debut feature, Shithouse, had its world premiere at the 2020 SXSW Film Festival, where it won the Grand Jury Prize for Narrative Feature.

I wrote, directed, edited, and played the main character in Shithouse, a nano-budget feature based on my life, because no one else wanted to. But I really did! There were things I wanted to say about people in my life who I wanted other people to love and understand. I also wanted people to love and understand me. I was also obsessed with a few movies and thought I knew enough about them to make a similarly good one. Also, some awesome people were willing to help.

Shithouse was originally called Madeline & Cooper. Two years ago during spring break (I was 20 years old and in college), I made a movie called Madeline & Cooper for $300 in six days with Madeline and Will, my best friends. Madeline didn’t (and doesn’t) want to be an actor and Will didn’t (and doesn’t) want to be a cinematographer, but they’re great friends. Were they reluctant? Completely. But did they believe in me? No, they didn’t. But are they the best? Yes, they are. And did I have to pay them both $150? Yes. After stealing film equipment from our college, we were off.

In Madeline & Cooper, I played a homesick freshman in college having a shit time and Madeline played my sophomore RA having a fine time. Fifteen minutes into the movie, Madeline’s turtle named Pete, who she’s had for 15 years, passes away. After disposing of Pete’s body, she goes to a party at a college house (called “Shithouse” by its tenants), decides she wants company for the night, and asks a random freshman (me) to come back to her dorm room. After a cringey (almost) sex scene, Madeline and I get to talking to each other and learning about each other and falling in love with each other. The last scene of Madeline & Cooper is Madeline and I doing homework in her dorm room, which leads to us kissing in her bed. The last line of the movie is me asking her if I can sleep in her dorm room and the last second is Madeline giving me a look that she’s given me about a million times since we’ve met in real life. Both Madeline & Cooper and Shithouse are about two very different people raised very differently falling in love with each other while constantly surprising (and scaring) the absolute shit out of each other. Madeline cannot believe how needy and immature I can be and I cannot believe how cold and mature she can be. But we love each other tons. We dated for three years but broke up recently. We still talk every day and act like best friends because we have no clue what we’re doing. I’m also still pretty in love with her and don’t know what I’ll do if we decide talking so often isn’t healthy. But I’ll figure it out. One of the biggest things I’ve learned from Madeline is I can figure it out. I’ll always feel so lucky to have met her and gotten close to her.

Madeline & Cooper was a nightmare to shoot. Three people worked 14-hour days for six days straight and two of them didn’t want to be there. Madeline is too self-effacing and gracious to want to star in a movie about herself. Will is the nicest person ever but, understandably, he wasn’t chomping at the bit to spend his entire spring break working his ass off to get my love story on YouTube. Madeline and Will won’t admit this, but they hated my guts five hours into our first 14-hour day and didn’t stop hating my guts for the rest of the week. It was loads of fun at times, but, to give you a picture, Madeline and I were trading off operating the boom mic during scenes we were acting in at 4 a.m. while Will was trying his very best not to fall asleep so as not to drop the expensive camera we didn’t own.

The finished movie looked and sounded like a movie made in six days for $300 by three people who didn’t know how to make a movie, but I convinced myself it was endearing and had something important to say. So I tweeted a link to Jay Duplass and was like “bet you won’t click on this link and then email me at [email protected].” Miraculously, Jay emailed me saying he won the bet. He and his wife watched the movie and, if I ever wanted to meet up, Jay said he was down. A week later, I had the best lunch of my life. I asked Jay a solid 78,000 questions and we became friends. Over the course of the next year, he helped me turn Madeline & Cooper into Shithouse.

Although Shithouse had more than three people working on it, the experience making it felt just as overwhelming and difficult as the experience making Madeline & Cooper. There were more people involved because everybody, of course, wanted to work on something Jay Duplass was involved in. (And those people knew what they were doing, which was excellent.) But everybody was still working very hard for very little and again, understandably, nobody desperately cared about getting my love story into the world the way I did. That’s not to say people didn’t feel connected to the script after reading it. But liking a script and feeling so intensely about its characters and communications to the point where you feel desperate about getting them in front of an audience in a very particular way are two very different things. For example, everybody I asked to help make the movie was on board except for the directors. The directors I asked to direct were not on board. And I understood why.

In order for a movie to be good in a meaningful way, I think the director has to be passionately in love with the movie and, moreover, care about an audience being passionately in love with the movie. The making of a movie, from what I’ve experienced, is a business. But I think the reason why it can be a business that can churn out an incredibly powerful, beautifully made love story like Portrait of a Lady on Fire is because the person running the business loves the movie’s characters and story and themes and cares endlessly about getting them in front of people in a very particular way. Everybody else is working their ass off to do good work because they’re amazingly professional people or maybe they connected to the script or maybe a well-known name is in the mix or maybe all of the above.

Shithouse focuses on four relationships but the central relationship is between the same college sophomore and freshman that Madeline & Cooper was based on. In Shithouse, the names are Maggie and Alex. I played Alex so there wasn’t much acting going on, but an amazing actress named Dylan Gelula played Maggie. I can’t ever say enough about how incredibly talented Dylan is. She fucking nailed it. She did her own thing, of course, so Maggie and Alex are not at all carbon copies of Madeline and Cooper. But everything I’ve ever wanted to highlight inside this relationship between this homesick freshman and this badass sophomore RA was highlighted. The massive hearts, the deep flaws, the intense feelings cooped up inside this fragile relationship all come through in such an honest way and it’s entirely because of Dylan. She led the way on set and she’s a genius.

My first idea for a logline (before a smart publicist came along) was “Kids try to make college work.” It’s a terrible logline, but that is what the movie is about. It’s people’s first few years away from home, figuring out their second home. In my life, that process was massively shitty and difficult because my first home was so rock solid and dependent on family members. At college, I felt like I was floating and couldn’t progress in this new place and, at the same time, I was looking around watching other people like Madeline absolutely crush it. Then one night, Madeline asked me to come back to her dorm room. It was terribly awkward at first because we had been living on different planets. But I was deeply in love with her before the night was over. We hung out and she made me feel like I wasn’t floating.

My relationships with those people above have taught me a lot about life. And they’ve taught me a lot about myself and those opposite me. I made a movie that tries to share what I’ve learned. But also, way more important than that, looking at those pictures makes me want to cry big time. I love those people so much. What I want most for Shithouse is for somebody watching to share the love and empathy and understanding I have for the people in Shithouse. I want people to feel connected to them. I want people to get why Alex and Maggie want so badly to spend their night together. And then how it affects them every day after. The movie is really about the gravity of spending time with someone. Whether a parent, for so much of your life, or a pet turtle you’ve had since you were a kid, or a roommate you think you can’t fucking stand, or a random person you’re trying to hook up with for one night, relationships and the moments inside them determine so much of who we are and where we’re going. Madeline and I determined so much for each other. She helped me realize I could be on my own and I helped her realize she could depend on people. We still argue about the intricacies of a perfect teammate, but one thing we know for certain is we’ll always be looking out for each other.

Cooper Raiff is a 23-year-old filmmaker-actor from Dallas, Texas. His debut feature, Shithouse, had its world premiere at the 2020 SXSW Film Festival, where it won the Grand Jury Prize for Narrative Feature.

Cooper Raiff
Directing
film essay
first film
Jay Duplass
screenwriting
Shithouse
SXSW
The Way We Get By: The Kids in the Hall’s Kevin McDonald on The Stories of John Cheever (and Classic Gangster Movies)
The Way We Get By: Bethlehem Steel’s Becca Ryskalczyk Has Been Doing Yoga With Adriene 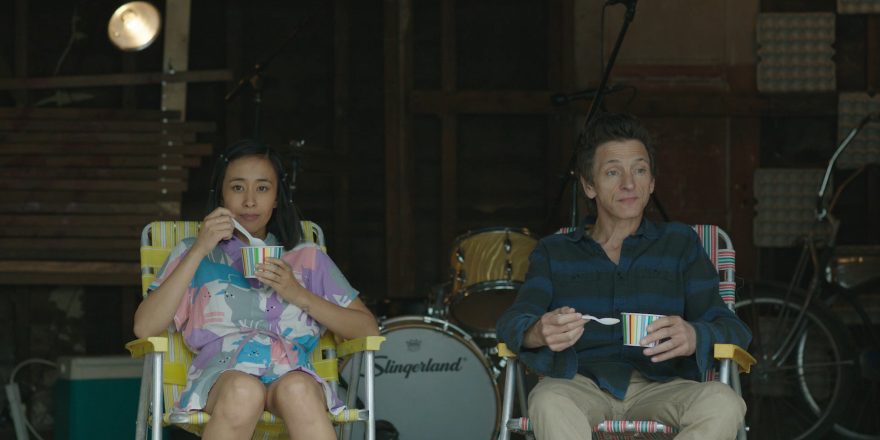 How Making a Movie Saved My Life 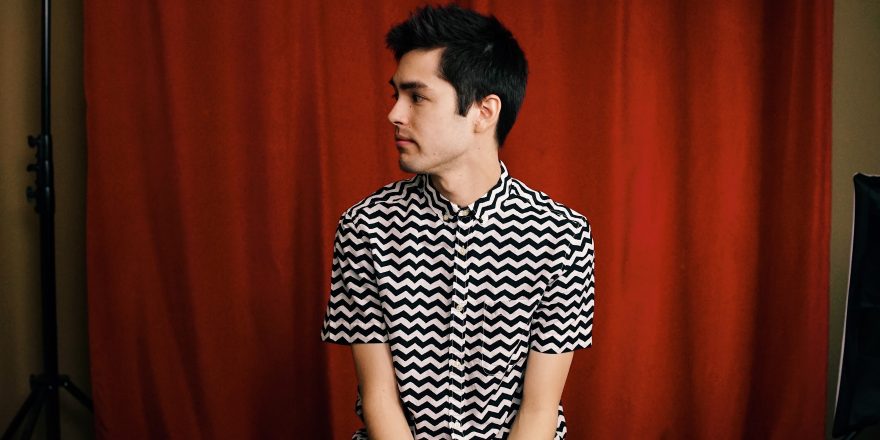 Maybe It’s Time to Give Up