Tom Quinn is the Program Director for Film & Video at Westphal College of Media Arts & Design, a college of Drexel University in Philadelphia, PA. His latest film as writer-director, Colewell starring Karen Allen, is in select theaters and on VOD from December 13 through Gravitas Ventures. Colewell is currently nominated for Best Actress (Karen Allen) and the John Cassavetes Award at the 2020 Film Independent Spirit Awards. Tom made his feature directing debut with The New Year Parade (2008), winner of the Best Narrative Grand Jury Award at the Slamdance Film Festival and a nominee for Spirit Awards John Cassavetes Award. In addition to being a writer-director, Tom has also worked as an editor, cinematographer, visual-effects coordinator and producer.

When I was a boy, Mrs. Addis was my neighbor. She lived across the street in a big white house, built in the 1920s and similar to ours, but with an office space on one side and woods on the other. She was widowed and semi-retired, but still substitute teaching at Churchville Elementary, where I went to kindergarten.

I have vivid memories of her home: the slide viewer of family photos; the candy cabinet; her office stacked high with books and important things; her grandfather clock in the dining room. I remember climbing through her kitchen window when she locked herself out and shooting an Indiana Jones film in her backyard. However, my most vivid memory is an afternoon when we made Halloween decorations together out of construction paper. We were sitting on the oak floor of her upstairs hallway, having pulled supplies from the attic. It was my first glimpse of the empty rooms where her husband and stepchildren had once slept.

One of the last times I saw her was in 1999, after I finished college. We stood in her front yard beside the stump of an oak, which, until recently, had marked the entrance to our street. Her dog was at her feet and worry on her face. I wanted to take her portrait, but had neither the camera nor the nerve. That fall, her family decided she should move to a retirement home closer to them in New York, but did not want us to tell her it was permanent. She was upset when we hugged in her living room. Because she thought it was a temporary trial run, I was able to say, “See you soon,” but not, “Goodbye.” They put her house up for sale soon after.

My new film, Colewell, tells the story of a rural postmistress who is forced to consider retirement when her office is suddenly slated for closure. The central character of Nora Pancowski, played by Karen Allen (Raiders of the Lost Ark), is afraid that losing her role in the community will isolate her. She avoids change and attempts to keep things as they are, hoping to maintain her sense of purpose and connection. I started writing the film in 2015 when a friend told me his childhood town was no longer on the map because his neighbor who ran the post office from her home had retired and the town’s zip code went with her. I wrote a treatment, which was accepted into the Biennale College, a program in Venice to develop micro-budget films. Until that point, I thought I was telling a David and Goliath story. So, when a mentor asked me if the film was about loneliness, I initially protested, “No, it’s about –” I choked up and suddenly became emotional, unable finish. I had to admit that loneliness was part of this story, though I did not yet know why.

During the research stage, we visited Alplaus, New York, which lost its post office in 2012. Residents lamented that they rarely saw each other since the closure, but as an outsider, it was hard to believe because their houses were so close together. It was clear they felt isolated, but I didn’t fully understand their isolation and would need to before making the film. I thought about this as I sat in my car one morning, debating where to scout next. I had spent the previous month driving all over Pennsylvania, but only recently read about Noxen, which had lost its post office in 2006. Noxen was too rural for Google Street View and I had already driven 90 minutes that morning. Would it be worth driving another two hours on a blind whim?

When I arrived in Noxen, I pulled onto Main Street and drove by the town’s former post office, which had been renovated. At the end of the block, a short woman with very large hedge clippers was doing yard work outside an old farmhouse. I circled back to take another look at the post office. Three people were already on their porches, eyeing my car. I got out and asked if anyone could tell me about the closure. They told me to talk to Cathie Pauley. The woman with the hedge clippers.

Cathie was no longer in her yard, so I knocked on her front door. From deep inside the house, I heard, “I didn’t do it! Nobody saw me do it! You can’t prove anything!”

After a moment, Cathie appeared in the screen door, studying me.

“I wanted to ask you about the post office closure.”

I followed her into the kitchen, where over the course of two hours she told me the story of the post office’s closure. I asked her if the town would be open to the idea of a film and she told me to come back the following week for Noxen Day, when residents would be out for yard sales and the town’s schoolhouse would have its annual reunion. Before leaving, I asked to take Cathie’s portrait. She hugged me and wished me safe travels.

The following week, I was back in Noxen with a friend, Alison Crouse, to try and decide if this could be Colewell. After spending time with residents, we walked down to the old schoolhouse to find Cathie. Upon arrival, she told me to sign the guest book; I wrote down my name and where I was from. We sat and talked to the alumni, including Cathie’s sister, Sandy, who was in town from Canandaigua, New York, another three hours away. As we walked back to Cathie’s, Sandy said, “I saw you signed in from Warminster. I used to teach at Churchville Elementary in the ’60s.”

I was two hours from home, speaking to someone who lived five hours away, yet she had worked two minutes from my parents’ house.

“That was my kindergarten. My neighbor taught there.”

For the first time, I realized I was making a film about Mrs. Addis – the widow, who lives alone, surrounded by memories, forced out of her home. The neighbor who always wanted us to stay longer and talk, but who rarely came and knocked on our door. I finally understood what the residents felt in Alplaus. The routine of a post office provides a safe way of seeing friends and neighbors, but knocking on someone’s door is hard. You could be bothering them. They could have things to do. You don’t have anything specific to talk about or tell them. And so, you sit at home and wait.

During audio post, our sound designer, Richard Gould, added a grandfather clock to the post office. Every time it chimes, I think of Mrs. Addis, who this film is dedicated to. In a small way, Colewell was my chance to say, “Goodbye.”

Tom Quinn is the Program Director for Film & Video at Westphal College of Media Arts & Design, a college of Drexel University in Philadelphia, PA. His latest film as writer-director, Colewell starring Karen Allen, is in select theaters and on VOD from December 13 through Gravitas Ventures. Colewell is currently nominated for Best Actress (Karen Allen) and the John Cassavetes Award at the 2020 Film Independent Spirit Awards. Tom made his feature directing debut with The New Year Parade (2008), winner of the Best Narrative Grand Jury Award at the Slamdance Film Festival and a nominee for Spirit Awards John Cassavetes Award. In addition to being a writer-director, Tom has also worked as an editor, cinematographer, visual-effects coordinator and producer. 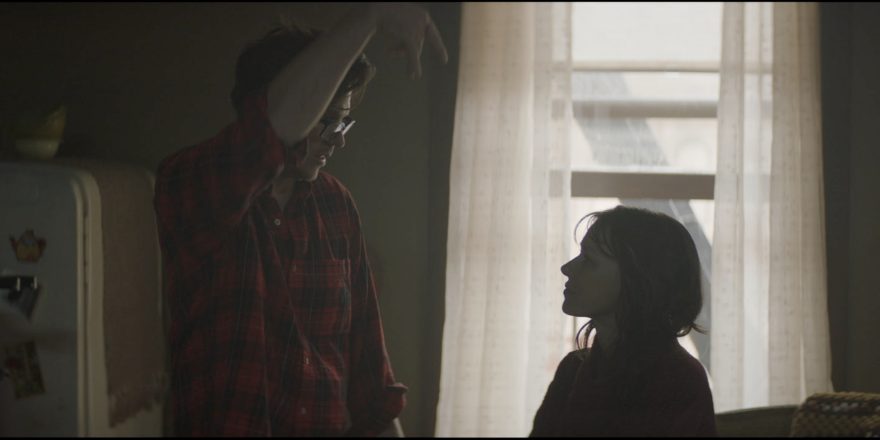 On the Spiritual and Physical Boobytraps of a Creative Life 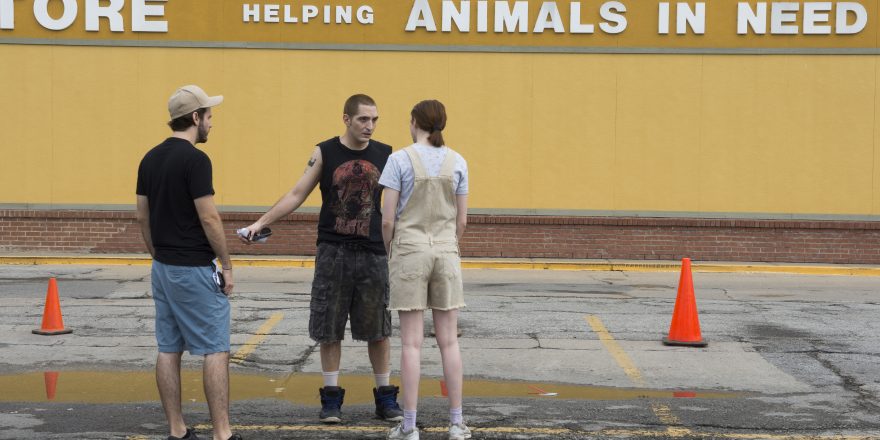