Albert and I prayed every morning driving to set while filming Strawberry Mansion. We are not prayer people. We weren’t praying to God, but we prayed. As we made our way out of Baltimore usually around 6 a.m., we asked for the strength and patience to make it through another day in the endless slog known as making a movie. Once our morning prayers were done, we listened to Adrianne Lenker and didn’t say much else for the rest of the 40-minute drive.

In 2012, Albert had emailed me with a script for Strawberry Mansion, asking if I’d be interested in acting in it. I didn’t know him at the time and wasn’t quite sure what to make of the script, so I was a bit non-committal. Over the next couple of years, our paths crossed by chance on a couple other film projects. In the fall of 2013, I took a bus from New York to Philadelphia to act in Alison Bagnall’s Funny Bunny. A white van was there to pick me up in Philly. Albert was driving the van. After a couple days as a P.A., Albert was promoted to boom mic operator and for the rest of the shoot he was our sound guy. I was intrigued to find out that he had recently gained a big following on the video app Vine with a character called Sylvio, a man in a cheap gorilla mask living a normal life. Millions of people would watch these little videos he made on his phone, which it took him 10 minutes to make. (By contrast, the film we were making — which took years to make — to this day, has been viewed by maybe 5,000 people.) I thought it was funny that he was the most famous person on set, and working as the boom operator. One day, I suggested we translate his character into a film. Having spent the past 10 years of my life making hyper-naturalistic mumblecore films in Memphis, I was ready to switch it up. Sylvio felt like a way out of myself.

It’s hard to justify making a movie when you get a little older, and you haven’t had much success with your previous work. It’s a constant question, why you’re putting yourself through the struggle. Why do something extraordinarily complicated when it seems all people want is little snippets on their phones? That proved accurate when the feature film version of Sylvio didn’t attract much attention beyond our circle of friends and colleagues. (Vine shut down a month before our SXSW premiere, taking Albert’s 500,000 followers with them and our main way we were planning to promote the film.) Despite the fact that Sylvio didn’t sweep the nation, we had a fun time making it, and so we set our sights on making another film.

In July 2017, Albert and I went down to his dad’s place in Pennsylvania for a week, staying in his step-mother’s art studio in the hopes of taking Albert’s original Strawberry Mansion script and refining it. We bought writer’s hats (only to be worn while writing) and got to work. At the end of the week, we had made precisely no progress on Strawberry Mansion, but had a fully formed outline for another movie called Dream Girl. It came to us quickly and seemed fun and easy, two things that weren’t happening with Strawberry Mansion. And then we played frisbee.

After the week, we went back to our lives — Albert teaching in Baltimore, and me running NoBudge in Brooklyn. The next summer we made a plan to return to the house in Pennsylvania to begin writing Dream Girl. We figured we’d pump out a script and be ready to film sometime next year. After a couple days, we soured on the idea. Though it was supposed to be a subversion of a typical ’80s comedy, it ran the risk of falling into superficial tropes, and the main plot seemed somewhat problematic (details for another essay). Because we didn’t know what else to do, we sat down and re-read the old Strawberry Mansion script. After we finished, I looked to Albert and asked, “Does this make sense to you?” He said yes. I sat there in silence for a couple seconds. I told him that I thought he should make it, and I would step away. After a couple minutes, he asked me if I’d still want to act in it. I wasn’t confident. It was a painful morning. It felt like a break-up.

Films take years to make, and meanwhile years keep slipping by. Years that could be spent doing something else, something less agonizing, less financially draining, something with fewer moving parts. Nothing happened for a long time. One day, I got a call from Albert that said he had won a grant to start developing Strawberry Mansion. If I had gotten this call five years ago, I would have been elated to get started. This time, it felt like a burden. A couple weeks later, Albert got a note from a producer recommending that the script could use another draft. I agreed, and I knew an old colleague, Linas Phillips, who teaches virtual script-writing workshops. We took the class, and by the second week, the script started to make sense to me for the first time. One day, while working on the next week’s assignment, Albert looked at me and said, “Does this mean you’re directing this thing with me?” I guess that’s what it meant.

We filmed Strawberry Mansion in two parts, in September and December of 2019. It was a tough shoot. Not in the Terry Gilliam “tough shoot” kind of way, but tough emotionally. Tough in the way where we question whether this is what we want out of life. Working 14-hour days on top of our day jobs, getting paid nothing, with very little possibility that anyone will ever see or care about this movie. I struggled in other ways: my sister was dying of cancer at the time. My mom was going through a difficult bout with Parkinson’s disease. We were working with a brand new crew. I didn’t know any of these people. I felt like an outsider. It wasn’t fun. Throughout filming, our mantra was, “This is our last movie.”

On one of the last days of shooting, we were way behind schedule. We had several more set-ups to go and it was already midnight. Outside it was 30 degrees and we were filming in a log cabin that was even colder. Albert was playing a character called the Blue Demon. He wasn’t wearing a shirt, his body painted blue. Everyone was frustrated and over it. On the last take, I yelled “Action!” Albert sauntered over to the bed slowly, menacingly. He was supposed to get into bed, but he stopped short. He paused. Everyone watched the monitor. What’s he doing? Shivering, we tried to will him into bed. He waited another second longer. All the sudden, he dropped to his knees and started praying. This was not in the script and it was never discussed. I watched in awe. He only did it on that take, and that’s the take we used in the final film.

When I got the call that we had gotten into Sundance, it was a surreal set of emotions. I was relieved, overwhelmed, excited, proud. But also, I reflected on how long it took to get here. Egotistically, I had pictured this moment coming a lot earlier in my life, say when I was 25 years old and my family was still intact and I could call up my dad and have him be proud of me. It also felt unimportant, in a way. Like, this acceptance didn’t mean anything really. It didn’t mean my life was going to change, it didn’t mean I had “made it.” The chances that our movie would sell and get seen and liked were still small. And even if it did, we’d tell ourselves that’s not why we do this.

For the past several summers, Albert has invited a group of friends to go tubing and hang out for a weekend in the country. I usually spend a lot of time floating on my tube alone, behind or in front of everyone else, just appreciating the slowness and quiet of the lazy river. I’ll just lie there and look up at the trees, or notice the time it takes to reach an overpass, or a bend in the river. And eventually I’ll return to the group, and somebody will set up a bottle across the river, and we’ll throw rocks until we hit it. It takes a while. I guess that’s the fun of it. 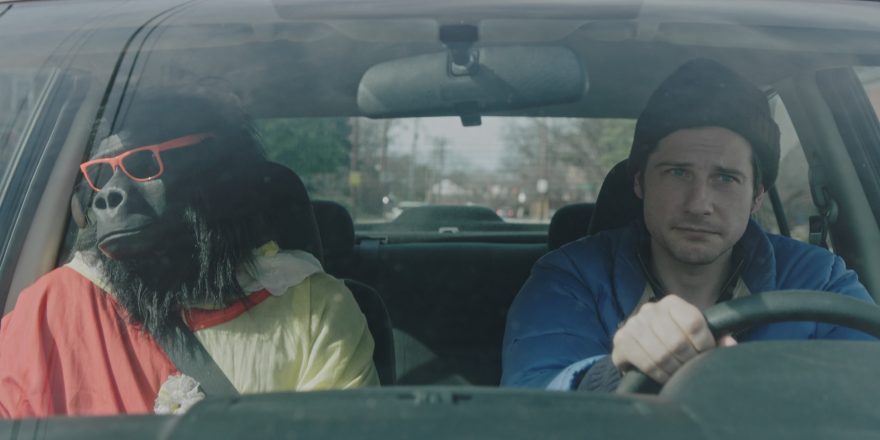 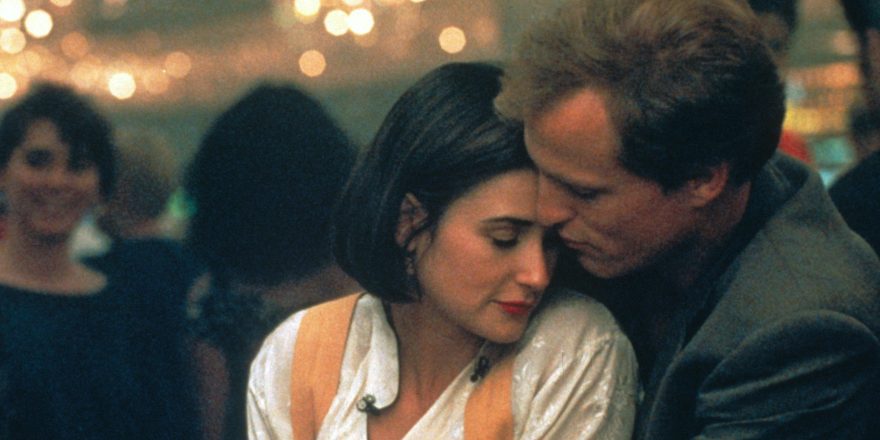 Video Essay: Indecent Proposal — Would You Do It?