Have you ever sat down at a piano and starting fucking with the keys? Maybe you learned a few chords. Maybe you didn’t. But you started fiddling with them a little bit and before you knew it, you had composed a piece of music. Maybe it wasn’t music at all. Maybe it was a rip-off of something you’d heard before. Maybe it was four notes that have been played in a hundred different songs, maybe a thousand. It was primitive, perhaps. It was rubbish, most likely. But there was still something magical in the those notes, right? At least to your ears? Because it was your fingers that fiddled those keys. The song was given life by your hand.

You’ve seen this in the movies before. I think of Adam Sandler in Punch-Drunk Love, awkwardly pressing the keys of the organ he found on the side of the road. He’s looking for something … something that’s missing in his life. Music? Companionship? I think of Adam Sandler, again, this time as a songwriter, sitting with his daughter in The Meyerowitz Stories (New and Selected), playing a simple yet charming ditty. Tom Hanks in Big, hopping on that large floor piano. It’s magic, those notes, that instrument.

Art is magic. The musician blowing his saxophone on the street, plunking his banjo in the subway. The writer agonizing over the perfect sentence. The poet struggling with that mellifluous phrase. The filmmaker deciding if she’s going to cut a scene she loves to help the pacing of her latest feature! The painter frantically splashing his canvas with oil and madness! The drive of the artist, the need to express herself, the dedication in the face of absolute indifference, I respect it.

And I love movies about struggling artists. Jeff Preiss’ Low Down comes to mind, about pianist Joe Albany, played wonderfully by John Hawkes. Hal Hartley’s Henry Fool, about an awkward garbage man discovering his gift for poetry. Julian Schnabel’s Basquiat. Ed Harris’ Pollock. The Coen brothers’ Inside Llewyn Davis. Davis has traveled a long way to play music for a powerful man, Bud Grossman. Grossman hears the song, then tells Davis, with tears in his eyes. “I don’t see a lot of money here.” This is the artist’s struggle. You slog through the rain and snow. You play and write and write and play. You wait around in soggy, wet, freezing socks. Your wallet is often empty. You hope that someone gives a fuck.

And I know people are frustrated in their lives, regardless of their vocation, profession, employment status, dating status, etc., etc. Whether you’re a plumber or an artist or a teacher, life is a series of small victories, huge disappointments, and things never really panning out. As I write this, I think of Albert Birney, the co-director, co-writer and co-editor of the feature film Sylvio, which is based on a series he created for the now-defunct social-media platform Vine. He spent years making videos with this character. He accumulated more than 500,000 followers. He brought a world to life. It evolved. It was a playground for his imagination. He won fans over in the process. Birney did everything he was supposed to. And how was he rewarded? The platform went away, along with more than 500,000 followers. I can only imagine how frustrating this was.

Kentucker Audley, the co-director, co-writer and co-editor of Sylvio, must have experienced similar highs and lows. Like, Birney, he’s a talented filmmaker, as well as a gifted actor. And I remember thinking at times that Audley could blow up at any moment, especially after his roles in Dustin Guy Defa’s Bad Fever and Amy Seimetz’s Sun Don’t Shine. Instead, I’ve seen people with (in my opinion) less talent being celebrated, downright canonized, at huge prestigious festivals. “What do they have that Audley doesn’t have?” I’ve thought.

You sense the artist’s frustration in Sylvio. It feels like an extension of the filmmakers’ own relationship with the creative act, impulse, lifestyle, whatever. The artist needs the public’s love for validation and financial support. If the work isn’t popular, there might not be subsequent work. Birney and Audley understand this. They are governed by the ineffable need to create. Yet pure art is almost impossible. There are always concessions. Sylvio shrewdly explores this relationship between the artist and the public. When it delves into isolation, which is maybe the cruelest (and most necessary) aspect of being an artist, it’s transcendent, poetic.

Sylvio is a gorilla. He can’t speak. He talks to humans using a computer. He’s best at expressing himself through his puppet shows about a man named Mr. Herpels. His shows are soothing and profound in their simplicity. The gorilla is at his best when he’s performing these shows. When he’s not doing shows, he’s prone to fits of rage. He has a dispiriting office-job collecting debts. He feels alone, misunderstood. By chance, he finds himself on a local talk show, and soon he’s given a chance to share his art with the community. They reject it. Devastated, Sylvio digs a hole in order to bury Mr. Herpels. Perhaps it’s time to grow up, put away childish dreams, say good-bye to art forever. But he can’t go through with it. He rescues Mr. Herpels from the hole and puts him in a box in the trunk of his car. He can’t kill his art. To do that would be to kill himself.

For the filmmaker, it’s the same.

The puppeteer. The talk show host.

The show must go on. The novel. The movie. The concert.

There must always be another.

But what of destruction? There’s something oddly satisfying in that as well, is there not? Well, that’s in Sylvio, too. This brilliant movie is, like Sylvio’s puppet shows, profound in its simplicity.

When Sylvio sits at his organ and finds a melody, I’m there with him.

And I’m there with him too when Sylvio, dressed as a clown, trashes a makeshift TV studio with a baseball bat because he’s fucking sick of it all. When he sits alone with his melancholy, feeling like a failure, dismayed that no one understands his work, it speaks for all disenfranchised artists out there.

Sylvio is a small movie with big ideas. It has a modest budget, but the design of the movie is immense. The production design and music are inspired. Its heart is brimming, bursting. Sylvio is funny without being desperate for laughs. It’s charming without being cloying. And it’s so cinematic, with its accomplished dolly shots and beautifully composed frames. There’s so much life and creativity and passion in this movie. It is magical. And for a cynic like me, it was cathartic. It makes me want to be kinder, gentler. It makes me want to breathe. Relax.

But don’t get me wrong, I still love cynicism. The more wicked something is, the wider my smile. And I think Sylvio would make an excellent companion piece to another movie I loved this year about art, The Square. Like Sylvio, that movie has its share of monkeys. An orangutan shares an apartment with an art critic. A muscle-bound performance artist mimics a wild ape at a fancy dinner for wealthy art benefactors.

There is something primal about visual art, isn’t there? This mode of expression, it’s somehow more attuned to our humanity, isn’t it? It’s not sentimental or intellectual, it’s instinctual. Cave paintings, hieroglyphics. This was how we communicated before language, right? It was before information sullied the primal experience. Eventually, speech, money, commerce, they would sully it even further. Eventually, some of us would even sell out our waking lives to the vapid office job at the debt collection agency. We would forget what we learned in kindergarten, that expression through crayons and magic markers was a necessary part of development.

A philosopher like John Zerzan might argue that we sold our potential as a species when we left the forest and abandoned our primal instincts. We domesticated ourselves. For what? The mortgage?

There’s a quiet scene in Sylvio that speaks volumes. Our hero is about to head to his office job. He carries his briefcase. He’s about to unlock his car door and drive to work. But he hesitates. Instead, he leaves the asphalt road and walks across a field toward a thicket of trees. He enters a forest. He walks for a while, finally reaches a couple of horses standing behind a fence. Regardless, he pets them. For a moment, he’s not the enslaved office drone; he’s the animal amongst animals. But these horses are fenced in, as well. Instead of freely galloping across the prairie, they’re prisoners too.

We’re all caged monkeys, aren’t we? Regardless of how much you think we’ve “evolved” socially, if you look at the collective brainpower spent writing about trivial events, celebrity pageantry, vapid corporate culture, you may find yourself as frustrated as Sylvio. The real artists often don’t get the money or the recognition or the press or the six-figure genius grants. They just plug away, making their work in a vacuum.

Thinking about Sylvio, I’m reminded of a story the great actor Robert Longstreet told me years ago. He had a role in Craig Zobel’s Great World of Sound and he attended the first screening on opening day in Los Angeles. The star of the movie, Pat Healy, was at the screening as well. They were both quite saddened by the fact that there were only six other people in the audience. This was the first screening of a critically acclaimed film that had premiered at Sundance. It’s a great movie. Why weren’t more people there? Longstreet turned to Healy and said, “So this is what it’s like when all your dreams come true?”

As of this writing, Sylvio has 13 reviews on Rotten Tomatoes. Justice League has almost 300. That kind of stuff used to bother me. Not anymore. The intrinsic value of a cultural artifact has never been about the size of the audience. It’s about the quality of the work.

And Sylvio is as good as it gets.

It makes me want to make better movies! 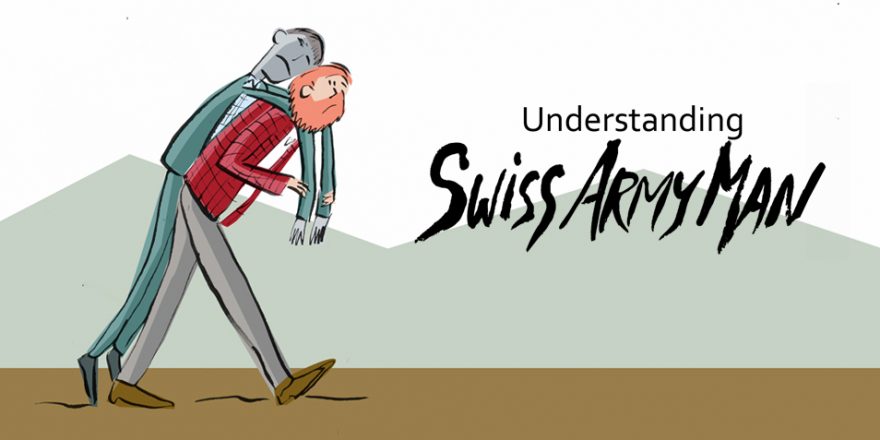 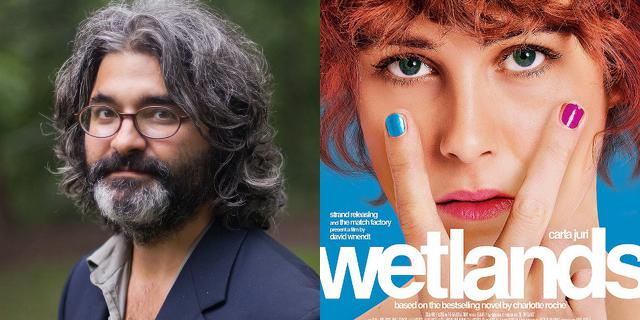 Underrated/Overlooked: David Lowery on Warcraft (and Tale of Tales)