It can be painful to watch a band mature, particularly when they are purveyors of the extreme. Acts that eschew a well-rounded approach to music in favor of going as far as possible in one direction usually find their intense, one-track mindset difficult to maintain over time. After all, how can artists be expected continually to surpass themselves without their initial interests shifting over time? How is a 40-year-old going to make a heavier, angrier, more intense record than he or she did 20 years ago?

Rhode Island-based duo Lightning Bolt’s approach to heaviness has always been offset by humor, a tool that’s allowed savvy groups like the Melvins to stay relevant and fresh for decades while their more morose peers seem stuck in a state of arrested development. Despite the fact that they operate in the realm of blast beats and extreme distortion, Lightning Bolt (which, by the way, is one of the most apt band names ever) deliver their music with a playful energy. Rather than presenting the type of stark, black-and-white imagery found on a typical metal or punk record sleeve, they draw psychedelic pictures in their listeners’ minds with their abstract and colorful album art and refreshingly juvenile song titles such as “Dracula Mountain” and “Wee One’s Parade.”

Drummer Brian Chippendale plays a drum kit that often sounds puny, but he more than compensates for the limitations of the kit by whipping into it with prodigious force. On every Lightning Bolt song I’ve ever heard, he plows through original beats that are spazzy to the point of feeling out of control, but so consistently executed that the result is a truly one-of-a-kind feel: precise and ridiculous. Bassist Brian Gibson plays a five-string bass in cello tuning, replacing the highest pitched string with a banjo string and using various effect pedals to give him a full range of pitch and sound. The listener does not miss having a dedicated guitar player. Chippendale also contributes vocals which are distorted to the point of being unintelligible, but also relatively quiet and almost never the focal point of their music. In these ways, we see that the basic design of the group is full of contrast. Together, the two Brians create a freewheeling and massive-sounding musical adventure that has remained exciting since their inception in the ’90s.

I’ve always been impressed by Lightning Bolt’s vision and determination (and I had a blast at the one show of theirs I’ve seen), but my experience with two of their older records, 2001’s Ride the Skies and 2003’s Wonderful Rainbow, ultimately left something to be desired. Both albums featured a couple of creative and visceral standout tracks where the intensity of the music brought about feelings of possibility, rather than obsession with some element of darkness or aggression. But as they both consist almost exclusively of highly aggressive songs with random, cut-up forms, neither album was particularly easy to listen to all the way through. Perhaps that’s not something Lightning Bolt aimed for, since they certainly aren’t trying to make easy-listening music. Both albums sound like an adventurous musical project executing its mission statement to the fullest. It could be that the mission statement does not allow for moments of reflection or peace in the music, or that a sense of being grounded in something comfortable is antithetical to the vibe they are trying to create. At a show, audience members have the option of moving away from the pit to get a beer or use the bathroom if they need a break. Could it be that Lightning Bolt’s music is better suited to live performance than it is to a full-length recording?

I am delighted to write that the duo’s new album Fantasy Empire has found them succeeding at what has historically been a difficult balancing act: making truly extreme music that also has enough depth and dimension to be sustainable to listen to for 48 minutes. Fantasy Empire is the first album that Lightning Bolt has recorded in a “high-end” studio, and although it is always difficult to attribute the sound of an album to a specific aspect of the recording process, it sounds like something was done differently here. In a recent interview with Rolling Stone, Chippendale and Gibson talked about being frustrated by not being able to move forward with recordings they’d made since their previous full-length album of new songs, 2009’s Earthly Delights (their 2012 album Oblivion Hunter was mostly archived material), but it sounds like they eventually cracked the code. Upon listening to Fantasy Empire, it seems that subtlety, of all things, has allowed Lightning Bolt to be more compelling than ever.

For one thing, the richly captured sounds provide a full spectrum of BOOM without any harshness, which would eventually wear on the listener. The quieter sections of songs feel full on their own, and when Gibson drops down an octave, the additional bass provides a terrific feeling of chest compression. Earlier Lightning Bolt albums featured sudden tempo changes mid-song, a hallmark of many heavy styles, but the arrangements on Fantasy Empire generally build upon previous ideas in a song instead of discarding them, and the often understated expansion or contraction of sound recalls groups like Sleep or Krallice that compose with patience. It may be kind of a weird one, but you will find yourself in an actual groove when you listen to this record.

The album’s opener, “The Metal East,” has the simplicity and straightforwardness of a Motörhead song at first: riff, verse, hook, repeat. All three elements are represented bizarrely, but they are represented. Two and a half minutes in, the duo’s creativity busts out of the rock-song format, and we are re-routed to a place of exhilarating musical athleticism. The track ends with a noisy, transposed recapitulation of the incredibly simple one-note opening riff, reminding us that this experience was, in fact, a song. Hardly a second goes by before we are thrust into “Over the River and Through the Woods,” which is at once darker than its predecessor by being far more bass-heavy, and lighter by being groovier and less aggressive. We start to be able to differentiate between the different flavors of distorted bass and smashing drums, and we find a range of mood and emotion.

As the record progresses, it becomes clear that some real consideration was given to sequencing. The midpoint of Fantasy Empire is “Mythmaster,” the first song on the record to begin without the intensity of an asteroid careening towards Earth. Gibson’s distorted bass drone provides a false sense of security that, over a minute in, is shattered by one of the most brutal blast beats I’ve ever heard. This section lasts only four bars, and is used sparingly throughout the song, almost as a threat. Compositionally, “Mythmaster” is a showcase of the different textures that the duo can create, and its deconstructed nature is made all the more meaningful by the easier-to-follow songs that preceded it. The structure of Fantasy Empire shows us that in order to maximize the impact of their more extreme ideas, Lightning Bolt is willing to reel the audience in a bit before they bring us into the dark corners of their imagination.

By the time we arrive at the 11-minute closer, “Snow White (& The 7 Dwarves Fans),” we are ready for it. Lightning Bolt is even kind enough to give us “Leave The Lantern Lit,” a short and pretty piece of ambient sound that gives us a chance to catch our breath in preparation. Like “Mythmaster,” “Snow White” is a free-form exploration of sound, but it still doesn’t abandon the idea of song structure entirely. Whatever is going on with the form, there is a simple, central riff that the rest of the tune grows out of organically. One idea begets the next. Over five minutes into the track, for the first time on the record, vocals are front and center, and an eerie texture is created by looped screams. Despite all the sonic exploration that preceded it, this very human sound is something we haven’t heard before, and a new level of emotion is reached. More than any other track on the album, “Snow White” demands that the listener stop worrying about what exactly is happening and give in to the overwhelming trance feeling. Submission to the music is the only way to avoid getting tossed off the bumpy ride. Because of careful pacing, the track’s length does not feel gratuitous, and like a Philip Glass composition, the silence when the music stops is powerful enough to feel like a coda.

Fantasy Empire is scary, hilarious, dumb, smart, exciting and legitimately deep, showing us a band that is meticulous and skilled at creating the sensation of reckless abandon. It has to be a difficult balancing act, but Gibson and Chippendale make music that is so enthralling, impulsive and alive that it almost feels improvised, despite the amount of thought that must have gone into it prior to recording. Hats off to Lightning Bolt for finding a way to mature and grow without sacrificing one iota of the power and excitement that made them awesome when they first started. They don’t sound old at all, but their ability to look at the big picture shows real wisdom. And if the philosophical implications of what they have done here don’t tickle your fancy, I encourage you to bump Fantasy Empire when you find yourself getting sleepy behind the wheel with an hour left in your journey. It will save your life. 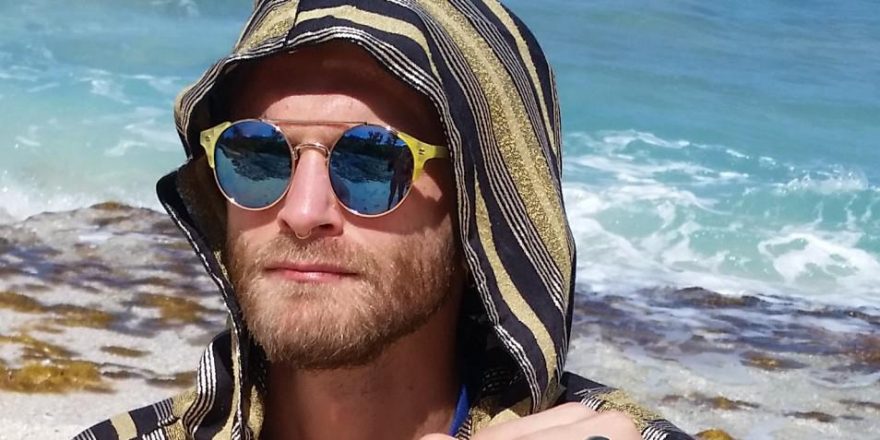 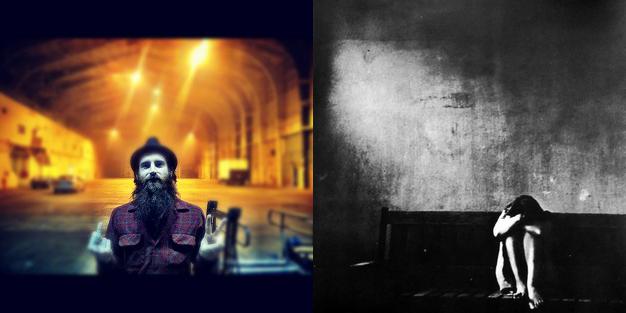