Even when I’m eating healthy, doing yoga every day and abstaining from cigarettes and alcohol, I still often feel a baseline of physical discomfort, mostly associated with my usual state of drumming most nights of the year. Playing hard every night on tour and always going for it — and having less than perfect technique — it all takes its toll. Sometimes when I opt out at the TSA checkpoint, I feel like asking for a back rub from the agent giving me the security pat-down. Maybe that’s just me. But maybe you feel it too. It seems like lots of people live with a baseline of physical discomfort for a myriad of reasons. Maybe it has something to do with just being a sack of meat surrounding some bones with a brain on top that thinks too much. I don’t know. But, I mean, how often do you feel amazing? Exactly.

In the past few years I have joined the wised-up segment of humanity and become a dedicated schvitzer. Sweating a lot is really good for you. Of course, that goes hand-in-hand with proper hydration, without which you are basically not going to do so well, whether you are a drummer or a marathon runner or someone who spends all day at home playing World of Warcraft.

My interest in public baths began in 2011, when I went to Iceland to play a music festival with Liturgy. Tyler, my close friend of many years and bandmate in this and various other projects, told me about this thing we had to do: the hot pots. Tyler and his girlfriend (now fiancée) led me on a long walk to a place they wanted to visit. Upon arriving, I was instructed to strip down, wash up and then go out into the open Icelandic air, where I was presented with various small hot tubs that are filled with temperature-regulated geothermal hot water. By “hot” I mean hot enough to cook a lobster: 45 degrees Celsius (or 113 degrees Fahrenheit). You get in there and just sit: alone, with strangers or with friends. You feel like you’re in one of those photos of the Arctic monkeys with red faces, snow falling, steam in the air. It feels amazing. It hurts. It’s very healthy. At this public pool we visited, they also had an amazing waterslide that was like riding the last scene of 2001: A Space Odyssey, but instead of a cosmic baby at the end you are just back in the swimming pool, usually heading immediately to the stairs to ride that thing again. We went down that slide a lot of times. There was a sign at the top of the stairs that said: “No Sex.”

Since then I have been fortunate enough to return to Iceland a few times and have greatly enjoyed the hot pots as often as possible. People there go regularly — it’s cheap and part of everyday life. Little babies go. Old people go. Teens, everyone. They have fancy ones and some that are more barebones. Most have a hotdog stand outside.

Then I went to Japan — first with my band Zs in 2013 and then the next year with my partner Alexandra to do a five-city tour with Guardian Alien and play some solo shows. In Japan they have public hot springs and bathhouses, respectively called onsen and sento. Onsen are like the Icelandic pools, also using geothermal water sources. Some of the pictures of these spots you see online are unbelievably beautiful, built on naturally occurring hot springs, very old, mystical, like a setting for a scene in a movie.

Alex and I went to a sento near our dear friend Shinji’s house in Osaka. It was a tiny little place run by an old man and an old woman. We were the only people there. Signs in the locker room made certain things clear regardless of one’s understanding of the Japanese language: wash all your holes and pits, no sex, if you have poop on your butt then you may not enter the pool, etc. Pictures also instructed you to sit while washing yourself on these tiny benches, where you are than a foot off the ground and the showerhead is right in front of your face. I guess this is to avoid injuries? A man sat guard smoking a cigarette in a recliner chair, ostensibly to make sure all holes and pits were properly washed before entering the pool, but he didn’t seem too concerned with anything besides his cigarette. Whereas the Icelandic hotpots and public pools were all co-ed, this Japanese sento was gender-separated, albeit only by a half wall, so Alex and I could talk to each other from our respective sides. We didn’t talk so much as just hear each other exclaim and moan and sigh in a combination of relief and joyous pain and surprise.

The main features at this place were a hot bath, cold bath, pummeling jet bath (so incredibly amazing for the weary and knotted muscles of a working drummer), and a small dry sauna. And there was one other thing: a denki buro, or an electric bath. I know, it is confounding — an electric bath? Aren’t you not supposed to mix water and electricity? Guess again, my friend. Quoting from a site that explains these things: “Denki buro, or denki furo, is a small bathtub with electric plates that discharge a low-voltage current through the water…. The bather sits between the plates in the current, which causes muscles to contract and is purported to relax them. Japanese electric baths are thought detrimental to sperm count, although no one is sure.” I guess I’m glad I didn’t sit in there? Alex did, and she said it was amazing and weird. Apparently sumo wrestlers are way into it. When we were leaving, the old couple was very nice and let me go look on the women’s side — much nicer than the men’s.

The next experience I had at one of these places was in Chicago. While on tour with Liturgy in late 2014, again with my friend Tyler, we had a day off, and he suggested that we spend our day off at a banya. Nobody disagreed. We found a place called the Sweat Lodge, a men-only public bathhouse. We proceeded to spend the day mostly in the Turkish sauna. A Turkish sauna (also called a hammam) basically consists of extreme heat with the addition of massive amounts of cold running water, which is collected into buckets and dumped onto one’s head upon feeling the need. While there, a group of seeming regulars took turns scrubbing each other and giving and taking platza treatments. A platza is when you hit yourself or someone else with an oak leaf broom, called a venik, while in the sauna. This is supposed to be extremely beneficial to your health for a number of reasons. It also smells good.

The guys at this place were a diverse crowd, age- and ethnicity-wise. I overheard one guy talking about turning 90. They helped him up to the top shelf for his turn for a platza, and then gingerly helped him down when he was done. It was beautiful. This place also offered cheap massages, so I signed up — a wise decision on my part for sure. I have never had a better massage. This guy was healing me with his hands. And not only that: with each part of my back and neck that he pressed into, he explained which tendons in my arms those spots connected to. A good massage can be extremely helpful — the parts of the body that get sore from drumming are pretty hard to heal in any other way. I’ve found over the years that it isn’t hard or expensive to get a good massage, and every once in a while I do it. It helps.

While I was in Miami to play music during the big Art Basel art thing, I was brought (again by Tyler) to a Russian bathhouse. Beside the normal offerings, this place had an amethyst room: a small medium-heat sauna lined with amethyst geodes, purportedly to help with all kinds of things. We convinced a Wall Street type to stick his head inside one of the geodes to achieve maximum effect. This place has the hottest dry sauna I have ever been in — I thought I might die — and it also had a hose room, which is basically a room with a bench and a firehose. You do the math.

My current favorite schvitz in New York City, where I live, is Spa 88, on Fulton Street in Manhattan’s financial district. They have a Turkish sauna, a dry sauna, a cold plunge pool (freezing cold water for dunking yourself in), a steam room, hot tub and a smoking room, wherein I once exchanged recipes for preparing tuna fish with an old man who was missing some of his front teeth, reading the Wall Street Journal and puffing on a cigar. They also serve lots of good traditional Russian food, as well as vodka infused with peppers and horseradish. The first time I went there was for Tyler’s birthday. I bought him a banya hat with Viking horns. It was the least I could do in return for him introducing me to this whole thing.

It’s always a possibility now. I feel like going for a schvitz when it’s cold, when I’m sore from playing or working, when I’m stressed-out or just as a thing to do with friends and loved ones. There is really something very important and essential to humanity that comes from sweating your ass off with friends, feeling like you might die from overheating, breathing in mentholated steam, and flushing out all the crap and stress and shit in your system. It’s physical and mental therapy at the same time, and it connects you to an ancient human wisdom of restoration. These places exist everywhere and in some form or another in just about every culture, and that’s no coincidence. Join the enlightened among us for a schvitz ASAP. 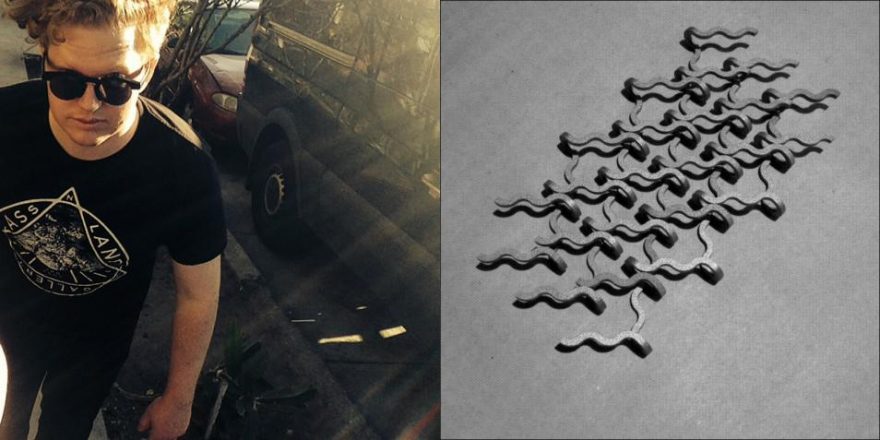