I was eight years old the first time I heard heavy metal. It was 1988, and watching horror flicks like Halloween and Friday the 13th was compulsory, but they never frightened or intimidated me as much as my friends’ older brothers and the malevolent noise that bled out from beneath their bedroom doors.

Of all their cassettes that I dutifully dubbed, it was Mercyful Fate’s Don’t Break the Oath (1984), and specifically the black mass intro to “The Oath,” that most deformed my taste in music thereafter. Those malefic riffs licked me like flames from the furnaces of hell, and Kim “King Diamond” Petersen’s skototropic lyrics flooded my imagination, making Freddie Krueger’s murders on Elm Street look like cartoonish Sesame Street skits.

Fate was always my gateway drug into the Belial-based benedictions and absurd theatrics of other early influences like Black Sabbath and Slayer, but as I got older, so did their shtick, which revealed itself to be little more than a cute collection of sacred symbols compared to the now-legendary church-burning, bandmate-murdering and animal-defiling acts synonymous with the first wave of Nordic black metal bands like Mayhem and Burzum.

But today, the obsidian iceberg that was once black metal is rapidly melting into a mall-goth farce. With its increasing domestication and further diffusion into the epidermis of society via witchy wardrobes and weekend wizards who spell magick with a “k” and (call me crazy) maybe even the increasing popularity of biodynamic wines — not to mention The Satanic Bible being easily purchasable at big-box bookstores — it’s all become a bit too pedestrian for me to take seriously anymore. Black metal — and the lifestyle and convictions that seem to accompany it — has become, unironically, the new black.

Although the name Thantifaxath peers perilously into a precipice of pretentiousness, I find their songwriting to be contrastingly sincere. Whereas some music preys on you like a jackal, their sophomore album Sacred White Noise seduces listeners like a spider’s web — quick to embrace and slow to dissolve with garrotes of Shibari-versed grace.

Devoid of unnecessary ornamentation, their album is a simple pine coffin that drops you violently into a wicked and windowless world. With their motion-sick shove of the bass and the hypnotically repetitive guitars soaring like hawks above a maniacal infantry of drums and vocals that sounds like it’s being victimized by the darkest of incantations, Thantifaxath make the corners between my ears feel like they’ve been drawn and quartered by the four horsemen of the apocalypse.

Not to suggest that they aren’t invasively grazing on more easily recognizable musical crops, but they seem to be doing so with a respect that goes beyond the ken of their contemporaries. It’s almost impossible not to recall the Mahavishnu Orchestra’s Birds of Fire (1973), when the violins enter into the mix on “Eternally Falling,” or King Crimson’s Discipline (1981) when I hear the crooked stagger of the guitars and odd-meter mastery of “Where I End and the Hemlock Begins.” Despite these comparisons, this is not your father’s fusion; it’s more what chops-obsessed prog-metal-fusion has become after 40-odd years of genetic mutation. Although I may feel like I’ve smelled shit like this on the soles of certain shoes before, I’ve certainly never heard it regurgitated in such a beautiful way.

If art truly imitates life, then the common themes found in most metal songs are just symptomatic reflections of our greatest fears; not simply physical isolation, but emotional isolation from our true selves and our spiritual source. Sacred White Noise is a vade mecum on the parasitic nature of life and the possibility for transcendence thereof. This is what loneliness, loss and despair sound like, as affirmed when one of the only clearly audible lyrics begs “Where are you?” Is “you” a lost friend or loved one? A former self? Or just the most primal feeling of hope that there is something out there listening that can save us from our fears?

Oblations such as this are a testament to the fact that regardless of where we disagree in our day-to-day beliefs, we all need to stop conveniently ignoring the hard truth that what we consider “our world” is rapidly dying, and that once it does, there’s not a candle in the sky bright enough to lead us out of the ubiquitous darkness. 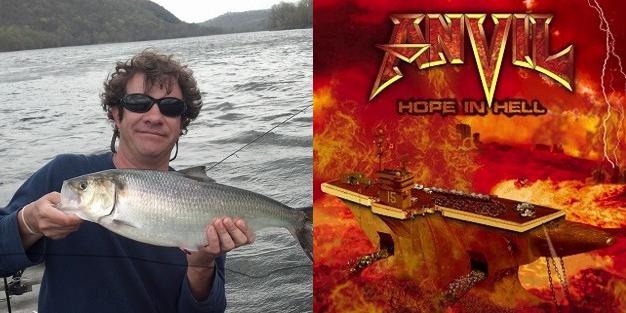