While his first film, Dog Soldiers, roared to life in 2002, writer/director Neil Marshall truly showed his chops as a cinematic craftsman with the 2005 release of The Descent, which to this day could still hold the title of Scariest Movie of the New Century. Marshall created both a familiar and fantastic world in the depths of an underground cave, teeming with danger (and a few monsters) and proved that movies could be scary … REALLY scary. Neil has since built an impressive body of work on both the big and small screen, from the sci-fi/action hybrid Doomsday (which I saw in the theater four times), the historical adventure Centurion and his contribution to the anthology Tales of Halloween as well as his recent onslaught on TV, from Game of Thrones (one word: Blackwater) to Hannibal (which kicked off the Red Dragon storyline beautifully) and Constantine. Neil and I became fast friends over our mutual love for John Carpenter, Spielberg, Michael Mann and other genre greats, and our appreciation for the hard work and dedication directing requires despite the odds. Neil may be somewhat soft-spoken in person, but his movies pack a hell of a punch, leaving the viewer breathless. – Joe Lynch, Talkhouse Film Guest Editor

I feel his pain.

Not protagonist Hugh Glass’ pain, and not Leonardo DiCaprio’s pain either, although they are both palpable.

No, I feel Alejandro Iñárritu’s pain. The pain of pushing yourself physically and creatively into and through an unforgiving wilderness. A literal wilderness and a figurative one.

I have some small basis for comparison, having done something similar back in 2010 on my movie Centurion. OK, so we were in the Cairngorm mountains of Scotland and not the Canadian Rockies, but it’s still subarctic and, as Bear Grylls would surely attest, you can die there very easily and many have. We worked for six weeks in temperatures dipping down to -20 degrees Celsius as opposed to nine months at -30 degrees Celsius, but we only had the support system of a £7 million movie rather than a $135 million movie. I’m sure our cast didn’t feel any warmer plunging into a frozen Scottish river than they did a Canadian river, so I figure it kind of evens out.

I think there must be something slightly demented about the kind of people who want to make a movie like this. There has to be a hint of the movie-masochist in a filmmaker who wants to take on such a beast. For Centurion, I deliberately pushed to shoot on location in Scotland, in the depths of winter, and in the harshest conditions possible. Weather cover meant that if the sun came out, we shot something indoors. I hungered for blizzards and horizontal rain. I wanted it to be as punishing as possible, and it was. You can’t go into this kind of story if you’re the kind of director who wants things comfortable and cozy. So I feel like I’ve fought in similar trenches, and on that basis I can only admire Iñárritu for being so bloody-minded in choosing to tackle this particular beast. And boy, what a beast.

Rarely has pain and suffering and the desire to survive been portrayed as well as in The Revenant. Humans are sometimes capable of such amazing feats of endurance it boggles the mind. That this is based, however loosely, on a true story gives it that extra sense of authority. Even if it isn’t an exact depiction of what really happened, and I have no way of knowing if it is or isn’t, we do know for a fact that men went out into the wilderness, endured in a way we struggle to grasp, and either returned or, in most cases, didn’t. We can only take a wild guess at what might have happened to many of these poor souls. In The Revenant, Iñárritu shows us. Every rasping, shredding, horrific detail. His wilderness is a brutal, unforgiving place. Violent and painful death awaits at every turn, behind every tree, over every bluff. How Iñárritu and D.P. Emmanuel Lubezki chose to shoot the movie, with stark wide lenses, creates an almost 3D effect, plunging – or perhaps dragging you kicking and screaming – right into the middle of the action. It’s a bold and vivid choice, coupled with the use of natural light, and makes for one of the most beautiful movies I’ve ever seen. It’s the perfect showcase for the new ARRI 6.5k 65mm camera. Things have come a long way in the past six years. When we shot Centurion, the only digital camera available to us was the RED and we doubted it could handle the sub-zero conditions and constant hammering of wind and rain. Instead we chose to shoot on 35mm. Not something I regret, by any stretch. It lends a beautiful aesthetic to the movie of which I’m incredibly proud. But if I choose to head off into the great unknown on another cinematic adventure, I know which camera I’ll take along next time!

Capturing violence on screen and making it feel immediate and shocking, without it becoming over-the-top or outlandish, is no mean feat. Believe me, I’ve tried it many times and probably blown it more often than hit the mark. It’s a very fine line and here Iñárritu nails the tone perfectly. I guess I’m the perfect audience for this kind of thing. I like my brutal reality to be brutal and realistic. Others may find it hard to stomach. The violence and pain – sold so brilliantly by the performances as much as by the way they are captured on screen – draw you in, and when other movies may choose to cut away, Iñárritu stays with it, holding on a shot or a character until they become victor or victim.

If The Revenant is some great experiment in the use of natural light, epic wide-angle framing and the latest innovative technology to tell a story, then it couldn’t possibly work without a viable subject. For all Iñárritu’s brilliant direction, this would fall flat without Leonardo DiCaprio’s performance as Hugh Glass. The entire cast is uniformly excellent, but it’s DiCaprio’s movie and he milks every last ounce of misery and fury from the story. There’s been some ludicrous discussion about the “bear rape” scene. It’s all Internet nonsense, of course. Yes, he’s fucked, but not in that sense! It’s a female bear protecting her cubs, nothing more. It’s about a primal force of nature unleashed. Something Glass will very much identify with when his own son is killed.

I thought I’d given Michael Fassbender a hard time on Centurion when I had him running through the snow wearing nothing but a pair of Roman army-issue pants. But compared to what DiCaprio goes through here, Fassbender had it way too easy. In retrospect, I should have figured out some other ways to make him suffer! DiCaprio here raises the game on actor immersion into a role and world, quite literally immersing himself into the corpse of a dead horse at one point. We feel his every gasping breath, every broken bone and torn flesh. It’s a remarkable performance not simply because of all this, but because all of this is not what it’s about. For all the external torment Glass endures, DiCaprio manages to portray his internal struggle with equal, if not greater, resolve. As a portrayal of sheer force of will, it’s second to none.

There’s also a more subtle poetic strain to The Revenant. While watching the movie, I was struck by a strange similarity to The Thin Red Line. That’s no bad thing – I love Malick’s haunting elegiac take on the hell of war. The two movies share nothing in common – although I’m sure Iñárritu has watched more than a few Malick movies in his time – except that strange sense of visual poetry. I can’t think of any better way to describe it. It’s not just a story, and it’s not lyrical like a song. It’s a poem. Maybe it’s a combination of visual beauty and incredible use of sound and music, maybe it’s the obsession with nature, but that’s the chord it strikes with me and very few movies achieve that. It’s the kind of storytelling I admire greatly when it works, but which quite often doesn’t, and which I would never likely attempt with one of my own projects – possibly for fear of falling flat on my face, or worse still, coming off as pretentious. Here, as in The Thin Red Line, it never falls flat or feels in any way pretentious. It flows from the subject matter and the world of the story very organically, which I guess is the whole point.

If art imitates life and vice versa, some of us choose to deliberately take on tough challenges, to go to tough places and tell tough stories about people way tougher than ourselves. The making of The Revenant and the story of The Revenant are now inextricably interconnected. By all accounts, the production of the movie was something to be endured, not merely experienced, and that’s part of what gives it its power. The same could be said of movies such as Jaws, Lawrence of Arabia or Apocalypse Now, the movie and making-of become one myth. You may call us all gluttons for punishment, and you’re probably right. Personally I long to find another story that will take me back out into the wind, rain and snow. Just like Iñárritu and DiCaprio, I have a bit of the movie-masochist in me. 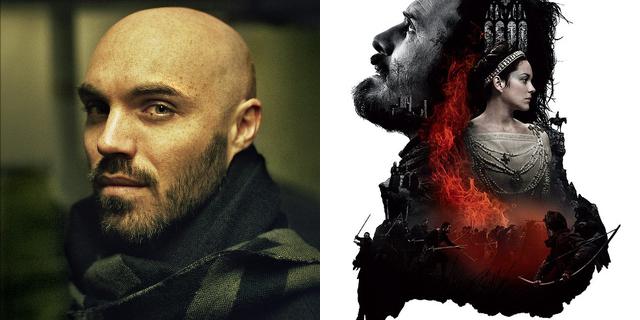