Jenny Hval
Jenny Hval
Jenny Hval is an Oslo-based artist and writer. She dreams of making a science fiction movie where gospel choirgirls are punks and run the world with autoerotic impulses. Her record, Apocalypse, girl, came out in 2015. Follow Jenny on Twitter here.

The year 2015 yielded a truly eclectic and impressive crop of outstanding albums spanning all genres and generations of artists, from Justin Bieber to Sleater-Kinney to Björk. So we’re celebrating some of the biggest records of the year with insightful pieces written by some very special people: musicians.
— The editors of Talkhouse Music

What happens when an artist turns to family? Any message to her audience, like a new album, becomes something like a message over a bad Skype connection: You didn’t hear what she said, and even if you could have tried a bit harder, you were too busy staring at the little image of yourself in the bottom corner, checking how your reflection looked.

I remember a comment from a friend after Björk’s Medúlla: “It’s too personal, too private.” And then comments about Biophilia: “It’s too indulgent, too documentary.” Those comments break my heart. They make me think intimacy is something that comes with a set of rules that can’t be broken. Maybe it’s not even called intimacy now, just sharing and over-sharing. (You know, “share” reminds me of stock-market shares, but don’t mind me, I’m Norwegian.) But intimacy is beyond rules — that is the very nature of it. If it’s pretty, maybe you’re not close enough.

Here’s my theory: when we say, “it’s too private,” we mean, “I don’t want to go there.” When we say something is indulgent, we really mean, “I might be like that, and it frightens me.” When we say we want Björk to make an “accessible” album, we’re making rules that she never cared about when we thought she actually was making accessible albums. When we say something sounds like Björk, we’re saying, “I don’t really want to explain what it sounds like or give it any other value whatsoever.” Everything is a placeholder. Placeholders keep their distance.

The Björk story in the media right now is the story of a return — a return from indulgent art miniatures to the simple, moving and universal narrative. It happens to be the narrative of a break-up. It validates the comments made about her last few albums and offers her forgiveness: now she’s “back.” But this return isn’t her story — it’s a story about us. The break-up album carries with it a promise for the artist to be our family, to keep us closer than anyone else. The other person, the former lover, is gone. It’s a brave promise, especially from someone as singular as Björk. She has even added diary-like touches, by putting dates to the songs in the heartbreak narrative. That is a brave move, because isn’t that what girls would do? The term “diary” is another of those placeholders used to diminish female artists.

The remarkable thing is that Björk’s lyrics really do seem like a cutout from a diary. They are general, emotional and melodramatic, deeply felt and in ways that don’t even try to transcend the language of a diary in favor of strong, exceptional poetry. And yet this is what makes Vulnicura so devastating: this combination of the private and the ordinary.

The music makes twisted, at times black-hearted connections to previous Björk albums, as if she’s taken out the original negatives and started scratching them. The opening of “Family” is a time-warp back to Vespertine’s “Hidden Place” but played out inside a slow, hurting body: the unsteady pitches in the instruments, the darkness and slowness of the vocals, the reaching cyborg limbs of synths. In “Lionsong” I hear echoes of “Pleasure Is All Mine” from Medúlla, but its multi-layered vocals send me an image of hands around Björk’s throat and face, covering her, stroking her and groping for her at the same time.

Other tracks, like “History of Touches” and “Family,” have a porous sound quality, with a fog around the voice that is sometimes unbearably dry, heavy and slow. At other times, like at the end of “Black Lake,” it disappears completely. It is a wonderfully introverted and dangerous move, almost like the voice is looking at something violent or wonderful from a distance. I imagine I’m being invited into a world without skin. Perhaps Vulnicura is a space where nature, sculpture and viscera have no surfaces, no reflections, where inside and outside come together.

The cover invites you into such a world, with a Björk-like figure that appears to be half-woman, half-man, half-human, half-cyborg. Is it the figure of the united couple? This figure is wounded in the chest by a neat slicing, creating an opening, a female sexual organ, right in the heart — or maybe instead of a heart.

I begin to think of the overwhelming time-lapse scenes of dead, decaying animals in Peter Greenaway’s film A Zed & Two Noughts. One of those time-lapses is a swan that gracefully decomposes to quick-paced, intense music. Its long neck and head slide from its wing to the floor; its eye is punctured from the inside by insects that look more like sand — the eye becomes its own crying. I find the clip on YouTube and imagine the swan is Björk’s iconic dress. The swan slowly dies, decomposes, recomposes and comes back to life again in a continuous loop around her body.

For a while I had an image in my head: a female sexual organ in my chest, something that wasn’t in the right place and that wasn’t necessary. An organ gendered beyond the reproductive, impenetrable. An organ looking for community, togetherness, love. It is this kind of organ that is wounded on the cover of Vulnicura.

It kind of resembles an organ we’ve forgotten all about: the soul. 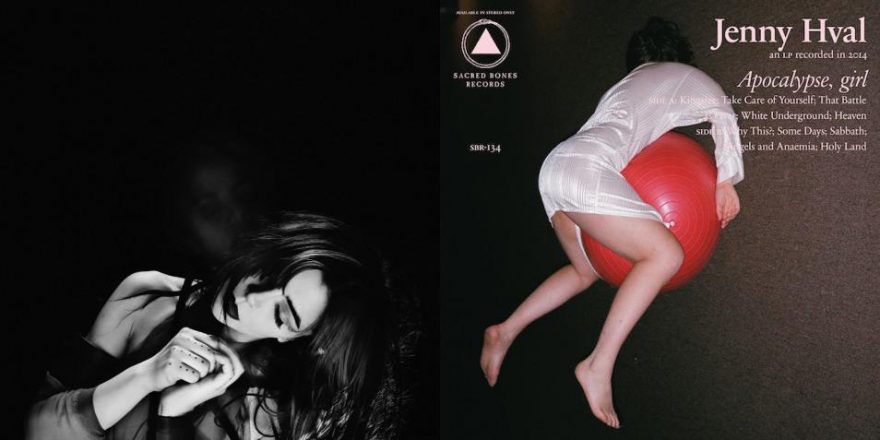