In the early fall of 1990, I was eight years old. A friend of my parents was babysitting me as well as housesitting in Portland’s West Hills. It was the kind of house that did not have a television in the living room, but after dinner a very small one was produced from somewhere and set up on a coffee table so we could tune in to a new episode of Star Trek: The Next Generation. I was vaguely aware of the original series and that my dad thought Kirk and many of the aliens were campy, but I knew nothing about The Next Generation.

The episode we watched was called “Family” and it was very confusing to me. In retrospect, it was probably the worst choice of first episode to watch. It deals with the aftermath of a Borg attack in which Captain Picard is captured, turned into a drone named Locutus, and eventually rescued. The plot made almost no sense without having seen the previous episodes. It’s also one of the few episodes to take place entirely on Earth. Family resentments and questions of purpose are the driving force of the narrative.

Despite the less than ideal introduction, somehow I knew this show was for me. Maybe I got just enough of a sense of how big this world could be. Maybe I noticed that Geordi was played by LeVar Burton, from Reading Rainbow. I’m really not sure what it was, but I started watching every week. At the time, I took it at face value. I loved the crew and I loved the exciting adventures in space. My enthusiasm carried over to Star Trek: Deep Space Nine and some of Star Trek: Voyager, but eventually I went to college and lost interest.

Much later in life, in the wake of Trump’s election, I began rewatching Star Trek: Voyager. I had seen most of the series before, but I vaguely considered it to be the least good of the Next Generation family of shows. At first, my rewatching was prompted by a yearning for something escapist and comforting, but then I realized that Voyager is more than that. Its aspirational outlook is the opposite of Trump. Not in a negative, angry way, but in a hopeful, life-affirming way. It puts Star Trek‘s stated values of equality and diversity onscreen like no series before. It imagines a world in which the highest calling is to confront ethical crises, considering every side and how to do the most good. It imagines a world that prioritizes listening, working together, and having an open mind. It imagines a world where leaders are committed to the welfare and dignity of beings that aren’t like them, even if it means risking or giving up something themselves.

When I heard that Patrick Stewart would star in a new series, called Star Trek: Picard, I couldn’t have been more excited. This, I thought, would be something to look forward to every week. I was so interested to see how the Next Generation timeline would continue. How would this series confront our times? What new moral landscapes would be explored? How would it play with Next Generation mythology? How would a show with a largely episodic history deal with the current television climate of overarching narratives? What new characters would be introduced? Which of my favorite characters from the past might make an appearance? I felt optimistic because Star Trek has successfully reinvented itself more than once. I felt that Picard had the potential to be the perfect show for our times. Instead, I’ve so far found it to be tedious, overwrought, and self-centered. In short, a horribly accurate reflection of our times.

Written by Michael Chabon, among others, Picard’s story is convoluted. More or less, it has to do with an android uprising on Mars, the destruction of the Romulan homeworld, a deactivated Borg cube, and an irascible Captain Picard on the outs with Starfleet Command. We learn most of this in lengthy expository scenes between random characters with whom we have no relationship. Meanwhile, Picard moves around on Earth for the entirety of the first three episodes, having backstory-laced conversations with characters cribbed from the wastebasket of network procedurals. Finally, by the fourth episode we get to space, only to find more characters with backstories to establish.

This is not an exciting reinvention. It is a symptom of the state of television, in which epically structured storylines digging into psychological depths are not the cutting edge, but the dissipating wake of shows like The Sopranos, Mad Men, and Breaking Bad. The show has little interest in moral landscapes or really even space. The fact that Patrick Stewart himself is as appealing as ever, doesn’t lift the show. More than anything, it’s a painful reminder of what it could have been.

Alex Kurtzman, the showrunner, has indicated that after going through some “deep valleys,” the show will rediscover the original Star Trek‘s optimistic vision. Even so, the territory we have covered so far does not feel like the spirit of Star Trek, engaged with the times we live in. It feels like the times we live in have swamped the show and robbed it of what made it special in the first place.

Narrative elements aside, Picard has little spark. The aesthetic is self-consciously wispy and shallow-focused. It looks something like a TV version of J. J. Abrams or Justin Lin movies (which I like), but instead of feeling fresh, it feels derivative. The sense of humor is a tired mix of irony and verbal asides. Apart from Patrick Stewart, the performances only gesture at depth.

As I watched the first few episodes, I kept hoping against hope that things would take a turn for the better. Even now, after four very difficult episodes, I can’t stop myself hoping. I want to love this show. The teaser for the next episode at least involves silly consumes in the spirit of a holodeck episode (if you don’t know what that is, don’t worry about it) and a favorite character from Voyager. But looking back, the show’s opening credit sequence should have told me all I needed to know. There were two bad signs. One was an incredible amount of executive producers, suggestive of too many cooks in the kitchen. The other was visual. Rather than images of a ship flying through space, carrying its crew of many, the key image is of one man. Amidst enigmatic, slickly animated DNA strands and microscopic computer bits, we see Picard’s face, puzzle-like shards flying in to fill gaps. Like much of the show itself, this imagery seeks to portray one man’s search for himself, but falls instead into well-trodden cliché. 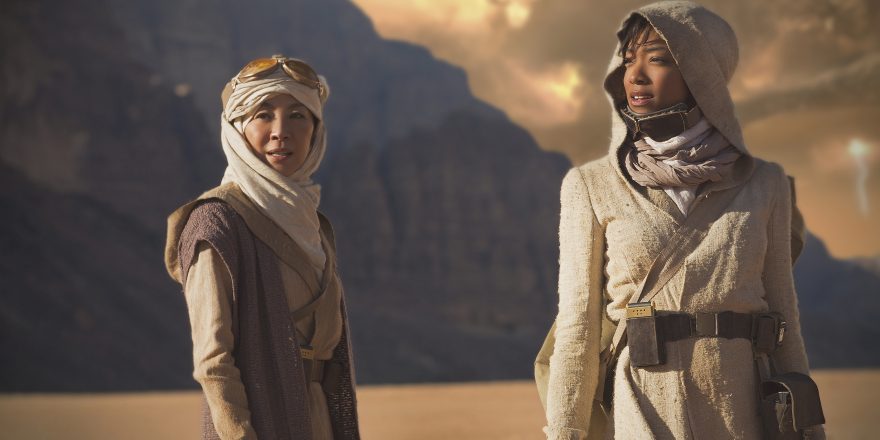 Second Screen: How Star Trek: Discovery is Pushing the Franchise Forward as Never Before 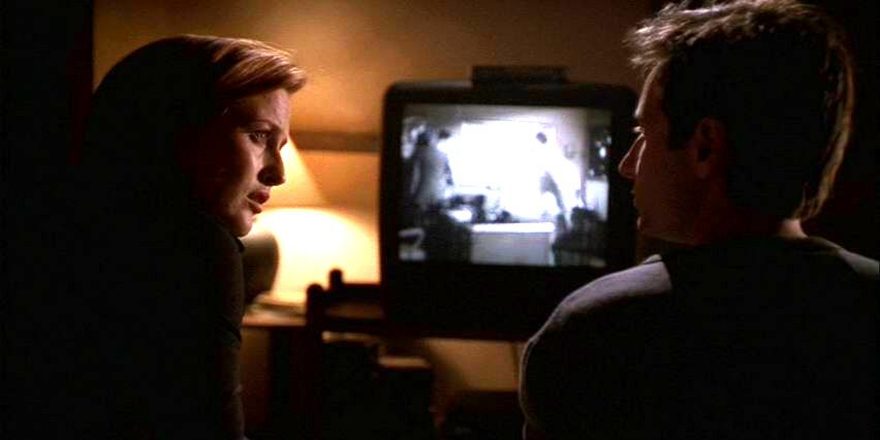