When I was a teenager, I had several favorite shows. The X-Files, Buffy the Vampire Slayer, Star Trek: Deep Space 9 and Seinfeld, to name a few. One of the most exciting parts of any episode airing for the first time was the preview of next week’s episode. I would then spend the ensuing seven days speculating, discussing and eagerly anticipating. I watched many of these shows on a TV set in my parents’ basement. We kept a rubber mallet next to the television because sometimes you needed to whack it on top to get the picture to align correctly. Sometimes I would watch shows with my dad, sometimes friends would come over, sometimes I would watch alone, being sure to take note of the best parts to discuss with people the next day. Though it’s difficult to disentangle nostalgia from my reflections on this era, for me there are two important points to understanding why a show like The X-Files brought me such joy and why is has proven to have a lasting cultural impact.

The first is that watching The X-Files was, in more ways than one, an essentially social activity. Along with my dad, and later friends or girlfriends, I would look forward to the episode airing. Dinner, chores and homework were planned to make certain that by nine o’clock we were ready to watch the episode. If I watched the show at a friend’s house who had younger siblings or others who were uninterested, they were emphatically instructed to leave us alone: this was important. Even if I watched by myself, the episode would be discussed in detail the next day at school.

The second point is that every episode was a discrete entity. In some ways, of course, this is limiting. During the early years of the modern television era, let’s say the years between The Sopranos and Mad Men, there was general agreement that the procedural was lame. These new shows functioned as a rejection of the idea that a viewer ought to be able to duck in and out of a show, with no requirement to be invested in a multi-episode narrative or emotional arc. While a capacity to explore the medium in new ways was and is exciting, its arrival, when combined with an entirely new way to watch, came with some consequences. Think about the ’90s. Now, think about your favorite show. You can probably rattle off 10 or more of your favorite episodes. (An episode that instantly comes to mind for me is the one where Scully is eating ice cream alone in her apartment and Mulder keeps calling her with funny problems as he investigates some possibly supernatural insects.) Yes, there are some notable single episodes now, such as “Red Wedding,” but, broadly speaking, television functions differently. I’m not necessarily saying it’s a bad thing. That is, it’s not a bad thing until you combine it with two of what I’d call “etymological” developments.

People watch episodic content differently now – different from 20 years ago and different from one platform to another. I’m intentionally using the word “content,” because it is one of two words that ought be scrutinized. “Content” is the kind of word that exists in the entertainment business as a signifier of pragmatism, a way of assuring the people you’re talking to that you understand what’s going on here and you’re not a rookie. (There are lots of words like this. Books are “material.” When you get in touch with someone, you’re “reaching out.”) But, perhaps because of streaming providers, “content” has leaked out into the wider vernacular. It’s the word people use to describe what they’re watching (or reading or listening to), and there’s a sense that content is everywhere. On Netflix or Amazon or Facebook or Audible. On our phones or computers or gaming consoles or TVs. To me, “content” conjures up an image of filling up time and space with whatever you can. It implies the need to constantly refill, so the meter is never below full capacity. More than anything, it is unnecessarily euphemistic, even Orwellian, in its distance from what it’s describing.

“Binge” is a different kind of word, and in much wider use. It has become so much a part of culture that one almost doesn’t notice it. Prior to its emergence as a way to describe watching many episodes of the same show in a row, bingeing was a bad thing. There are drinking binges and eating binges. Nobody looks back fondly at those or considers them a positive development. The closest relative to the TV binge might be the shopping binge. Though not frequently regarded as laudable, the shopping binge may be regarded as a fun indulgence. Still, it’s quite different from the TV binge, which, though referred to casually, is suggestive of something intrinsically regrettable.

Words matter. Though generally thought of as an innocuous activity, the TV binge explicitly does not describe something you expect to have lasting significance in your life or the life of our culture. To further demonstrate the point, it’s worth touching on the term “binge-worthy.” Let’s think about a fine bottle of Scotch. You would not, I hope, call it “binge-worthy.” In fact, the finer the bottle of Scotch, the more likely you are to want to savor it and share it with friends.

If I am nostalgic, it’s for an era of shared experiences with television. A time when the social impact of a show did not expire one week after it appeared on Netflix, to be usurped by something new that required consumption at maximum speed. Ironically, access to shows, both old and new, is at an all-time high. If someone tells you about a year-old show, it’s much easier to see now than it would have been in 1996. But the ubiquity of access seems to have led to an erosion of perceived value. It’s easy to say, “Well, it will be there. I can watch it some other time.”

This is, without a doubt, an era of innumerable great shows. There’s a willingness to tell multi-layered stories, to expand on whose story is being told and who’s doing the telling, to engage with challenging issues. These are all good things. They are so closely tied to how, when, and where we watch in the streaming era, as to be impossible to separate. However, both audiences and the providers of “content” ought to be concerned about our collective cultural legacy as the idea of “bingeing” slips into the crowd of the popular lexicon. As reported by Indiewire, Netflix may be having second thoughts about pushing this way of viewing, or at least this way of describing it. 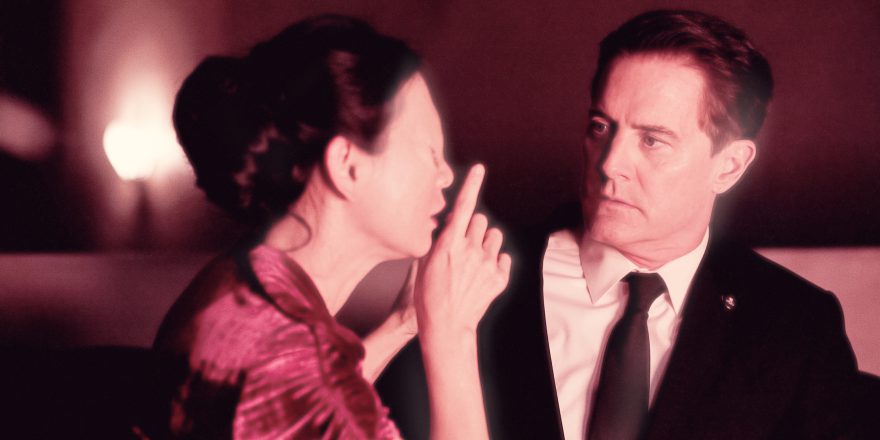