Rebooting a beloved franchise is a tricky business, made infinitely more so in a case like Star Trek, where the property has already encompassed so many incarnations. Since Gene Roddenberry’s original series premiered in 1966, there have been multiple highly regarded spinoffs (The Next Generation, Deep Space Nine, Voyager) and over a dozen feature films, including the new cycle launched by J.J. Abrams in 2009. That puts a lot of pressure on the makers of Star Trek: Discovery – pressure that’s exacerbated by the fact that CBS is using the show to drive subscribers to its CBS All Access service. The show is expected to launch not only a new phase of the franchise but an entire streaming platform. Amazingly, the creative team behind the show has pulled off something I would have thought impossible: they’ve produced a series that absorbs the philosophical and aesthetic sensibilities of all the earlier Star Trek iterations while striking out in bold new directions, offering plenty of pleasures for the uninitiated without leaving the franchise’s devoted fans behind.

Superficially, Star Trek: Discovery doesn’t feel all that different from its various forerunners: it follows the crew of a Starfleet spaceship as they explore the universe and try to maintain the inter-species, inter-ideology peace established by the Federation of which they are a part, something that’s made increasingly difficult by the ever-aggressive Klingons. Yet where previous Star Treks centered on commanding officers (Captains Kirk, Picard, Archer, etc.), Discovery shifts the emphasis to Michael Burnham (Sonequa Martin-Green), a lieutenant and woman of color who answers to Captain Gabriel Lorca (Jason Isaacs), the commander of the USS Discovery. The fact that our main identification figure is no longer a white guy in an unchallenged position of supremacy places Star Trek: Discovery firmly in the present cultural moment, as do other developments like an openly gay character and allegorical nods to the isolationism of the alt-right. These shifts in emphasis don’t feel calculated like the perfunctory nod to Sulu’s homosexuality in Star Trek: Beyond; they come across as organic responses to societal transformations that are just as appropriate to our age as Roddenberry’s evocations of the Cold War were to his.

Evidently there was a fair amount of behind-the-scenes turmoil on Star Trek: Discovery before it aired, with series creator Bryan Fuller exiting over creative differences, leaving the show in the hands of a team that includes executive producers Alex Kurtzman (co-writer of the two J.J. Abrams-directed Trek films) and Akiva Goldsman and showrunners Gretchen J. Berg and Aaron Harberts. The fact that this was ever a troubled production is not at all apparent in the finished product, which is flawlessly conceived and executed; it’s a remarkably ambitious show that juggles wide-ranging ethical inquiry, intimate moments of personal introspection, and exquisitely choreographed action sequences with impeccable precision and complexity. It’s also very funny, yet can turn on a dime and move from silliness to poignancy within the same scene – a testament to the consistency of the writing as well of the actors, who make their very difficult tonal shifts look effortless. In the seventh episode of the series, “Magic to Make the Sanest Man Go Mad,” there’s a sequence toward the end where the villain (Rainn Wilson) moves from being threatening to pathetic to hilarious to terrified to sweetly touching all in the space of a few minutes, and none of it feels forced – rather, it feels consistent with the show’s overall emotional and physical expansiveness.

And it’s just one of many such scenes in “Magic to Make the Sanest Man Go Mad,” which is more satisfying and entertaining than most features I’ve seen recently. A 47-minute masterpiece of sci-fi ingenuity written by Jesse Alexander and Aron Eli Coleite, it plays virtually every note on the emotional scale without ever feeling rushed, overstuffed or chaotic – it’s jammed to the hilt with ideas and new character developments, but it transmits a light, breezy charm that cloaks its insanely elaborate mechanisms. The basic premise is that a con man with the ability to reset time (Wilson) gets on board the Discovery and wreaks havoc by forcing the crew into a time loop as he repeatedly attempts to kill Lorca and sell the ship to the Klingons. What makes the episode special isn’t just the cleverness of the time-loop conceit but the way that the writers and director David Barrett weave significant emotional moments – like Burnham’s feelings for a fellow crew member and her sorrow over never having been in love – into the complex plotting. The episode features almost wall-to-wall action without ever compromising the contemplative moments; to the contrary, the kinetic set pieces are given immense emotional weight by the personal concerns, and the dramatic and comic moments – even involving peripheral characters like the con man’s love interest – are funnier and more affecting when set against such contrasting elements. Barrett’s ability to keep all of these elements in balance is extremely impressive, and he is unerring in his instincts about what to reveal and how, and which emotional beats to hit and which ones to delay or suppress.

Barrett’s work here ranks with his best, which is really saying something given the expressive and subtle approach he has brought to series as disparate as Arrow, Blue Bloods and Under the Dome. And he’s not alone – virtually every director on Star Trek: Discovery seems enlivened and inspired by the opportunities provided by the series’ breadth and depth. The range inherent in the writing extends to the visual style, which is refreshingly varied not only from episode to episode but even within specific stories – in the pilot alone, director David Semel moves from vast desert landscapes that look like something out of Kurosawa or David Lean to vibrant interiors layered with colorful frames within frames and Malick-esque effects shots that, for once, convey a sense of spiritual wonder rather than noisy digital chaos. In general, the directors seem to have been given a freer hand here than in most series television, and the results are lively and thrilling. The cliché that film is a director’s medium and TV is a writer’s is blown to bits here, as each episode is every bit as distinctive in the direction as it is in the writing. The directors aren’t following a stolid template, but responding specifically and personally to the material as they see it, filtering it through their own sensibilities rather than a schematic strategy that applies to every episode the same way. In the fourth episode of the show, for example, director Olatunde Osunsanmi conveys Burnham’s fluid emotional state via a sophisticated combination of reflective surfaces and deep-focus compositions that are simultaneously razor-sharp in their clarity and overwhelming in their accumulation of detail – the perfect visual corollary for Burnham’s complicated feelings as she moves back and forth between strength and insecurity. Similarly, in “The Wolf Inside,” an episode dealing with issues relating to trust, identity, and paranoia, director T.J. Scott (aided by the excellent cinematographer Glen Keenan) employs an intricate interplay between light and shadow and an ominously probing camera to evoke feelings of fear, mystery, and hope in the audience – sometimes all in the same shot.

This level of audacity is present more often than not on Star Trek: Discovery, a series that takes a lot of chances considering how much is at stake. Whereas most filmmakers would probably approach an opportunity like this as safely as possible, Berg, Harberts and company take one risk after another – and virtually all of them pay off. The show smartly retains most of what made the original Star Trek and its spinoffs appealing, particularly when it comes to its celebration of both physical and mental exploration and its clear-eyed yet hopeful treatment of big questions about how to maintain peace and prosperity in an increasingly confusing world. Combining this base from earlier series with a vivid, dynamic color and lighting design that riffs on the Abrams films, Discovery is able to show fidelity to its predecessors without being restricted by them. The writers, cast and crew add layer upon layer to Roddenberry’s core concept, enriching and strengthening it rather than diluting it in the way a more timid treatment might have. There’s a greater emphasis on conflict and serialized narrative, revealing the complexities and contradictions that have always hidden beneath the surface of Roddenberry’s idealism – the only appropriate response to the terrifying and baffling times in which we currently live. Yet in the end, by pushing at the edges of the Star Trek mythology the creators of Discovery prove how durable and useful it is; for all its internal (and external) tensions, Star Trek: Discovery remains at heart a buoyant celebration of wonder and optimism that’s more necessary now than at any other point in the franchise’s history. 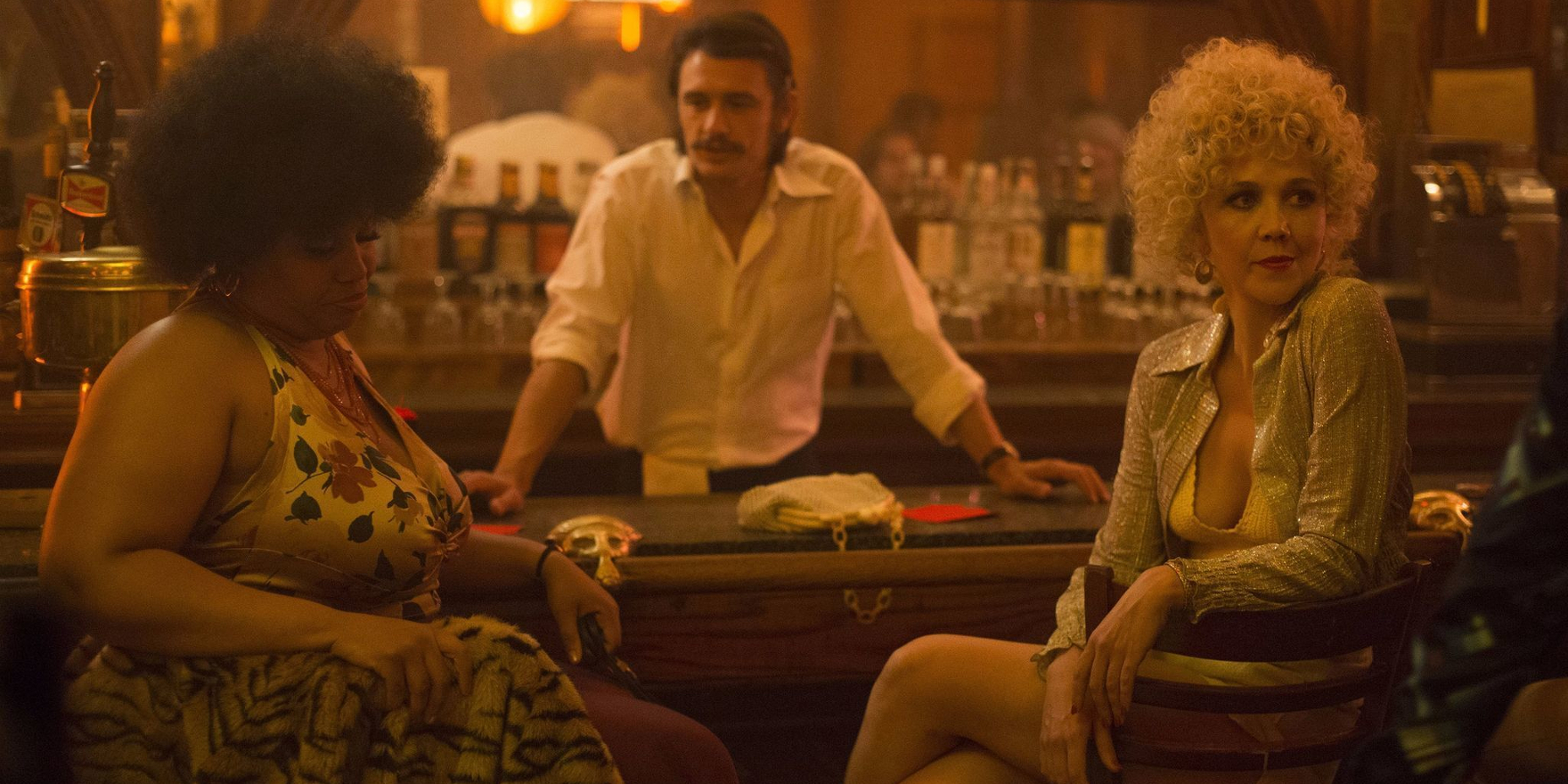