I met Jay-Z one time. I was getting a burger at the Spotted Pig in Manhattan with my then-manager. He was trying to convince me to somehow combine my two bands into one (one was a postmodern boy band called Boy Crisis, which, as I often told whoever was listening, Pitchfork once named the “worst band in the world,” and the other was my now-infamous rap group, Das Racist) and I was politely telling him no, that sounded like a terrible idea.

At some point, my manager tells me to turn around, and at the table behind me are Jay-Z, Kanye, Jack White, and some other fools. It was the Dead Weather afterparty, apparently—they had just played maybe their first show at Terminal 5; Yeezy was in town working on Blueprint 3 and/or Watch the Throne with Jay, I’m guessing. I go over to Jay-Z, and I guess I was drunker than I originally realized, because all of a sudden I’m spitting my bars which reference his bars—so, basically, spitting his own bars at him. Then I wrote the Myspace URLs for my two bands on a napkin and gave it to Kanye. Oh, yeah, and I said what up to Jack White. Then I bounced.

We kick off with some of that classic earnest, yet self-aware, emotional, raw, borderline neurotic Jay, perhaps most popularly associated with The Black Album, but, really, generally sprinkled throughout his career. Dude is lightweight the Larry David of rap?

The Eric Benét rhyme is weird, ’cause he’s technically saying Beyoncé and Halle Berry are both the baddest girl in the world? I’m sure he had a more impressionistic intent than this, but I feel like that line could easily be one of those moments when you’re trying to compliment your girl the complete wrong way, and there goes the rest of the day.

Another “Four Women” flip for the books; this one slap, tho. I feel like the Talib flip is already the definitive one, specifically in the Moe Dee–style “sticking to themes” category (and, if lyrics sold, truthfully, y’all would know what song I’m talking about), but this is definitely giving the Kweli one a run for its money. Wait, this beat is crazy, matter fact. Jay-Z is on full bars; peak Jigga. Hell of bars in this one, too many to count. Glad this wasn’t a literal story rap about O.J. Simpson; that woulda been hella awkward.

This Stevie flip is wild. All the production is clean as hell so far, Jesus. Flawless, wow.

Jay-Z’s mom and Frank Ocean’s mom should do an album together.

“Y’all body language is remedial” is a cold bar. I like that one. Frank Ocean can sing. This song is hella funky.

These beats are all puro fuego. Dude’s going in. Hella emo, haha. This one song is better than Drake’s entire career. I had a feeling when Lemonade dropped that the next Jay-Z album was about to be crazy, and I was right. This is his best work in years. Makes we want to go back and listen to Magna Carta Holy Grail again. I barely remember that one, might have been speedballing.

“Old heads need to stop acting brand-new, like Tupac ain’t had a nose ring, too.” Haha, damn, he said, “100 percent black-owned champagne,” he said, “What’s better than a millionaire? Two,” haha, he said, “Let me alone, Becky,” hahaha. I feel like how I imagine my auntie feels when she’s listening to Beyoncé, like, “yasss, queen, slay, this is giving me life,” hahaha.

Jesus, these beats are crazy—hella blown-up samples, but flipped hella brand-new. He said, “Shmurda anybody you hearda.” I don’t know why I felt that was so hard, but I did.

Bruh, no joke, a Damien Marley, Jay-Z, and Nas collabo album would be crazy. You know what would be tight? If Lee “Scratch” Perry produced a Bad Brains album. That’s neither here nor there. Anyway, this song go hella mannish.

Ay, remember when La La Land Steve Harvey-ed Moonlight? That was hella weak. I never saw La La Land or Whiplash, but I can objectively say they’re tied for worst movie in the world. And this is coming from the best rapper in the world. Anyway, this song is tight.

This is a beautiful song. The extended outro is wild floral; vivid; wavy.

In conclusion: This album is fire. Go sign up for Tidal, or switch your phone plan to Sprint, or whatever, haha. Bless, bless. 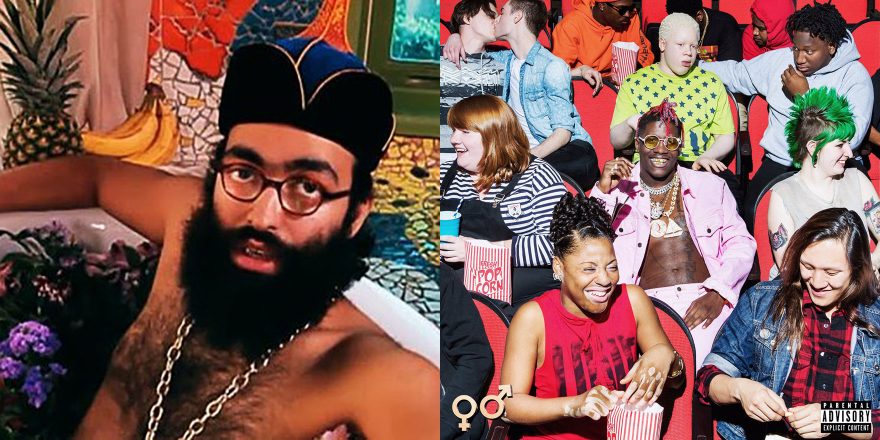 Lil Yachty Can Go Hard When He Wants To