An award-winning filmmaker who has worked for both Hollywood and in the indie world, Charles Lane has made feature films in several genres. His debut feature film, Sidewalk Stories won 13 International awards and has become a global darling, and is still playing in indie theaters throughout Europe. His leaning, it appears, has been in comedy. He is currently crowdfunding his latest project, the web series PleaseDateMeNow.com, on Kickstarter.

I caught the flick The Big Sick at a screening a couple weeks ago with an audience of 297 people. How wonderful the experience! The film was unexpectedly disarming. But before I give The Big Sick a full medical diagnosis, first this …

From 1984 until 1997, I was in an interracial marriage that produced, for my ex-wife and I, two great and wonderful children who are now successful adults. Their mom is Jewish. Me? Not so much – I am African-American. Hence, my two Black Jews – the pride and joy of my life. I have taught them to praise themselves as international, interracial citizens of the world. My ex-wife’s parents and her siblings and her other family members welcomed me with open arms. Her grandmother, on the other hand, was having none of it! “Disowning” and “sitting shiva” were mentioned but, to my knowledge, never acted upon. She certainly did disinvite herself from our wedding and our lives for a couple of years. Surprisingly, it was upon the birth of my first child, my daughter, that Grandma decided to become more conciliatory. Not entirely, mind you. But my ex-wife and I gladly accepted the 25 percent congeniality which Grandma was willing to offer. Ah, those good old days!

When it comes to the question of culture and tradition vs. the opposite, of arranged marriage vs. a more modern model of matrimony, I do not feel it is empirically wrong to follow the beliefs and conventions of: “Marry whom we deem to be the perfect fit for both you and us, and our bi-families, and we are fairly certain that love shall eventually follow.” However, I do know that it is empirically, emphatically wise to believe in: “Please do love first whom you choose to marry, which may better increase your odds to achieve genuine happiness …” So, though I am personally all about the latter, I cannot and will not dismiss the value of the comforting security and pride that following the tenets of cultural tradition provides to others. That is, if no one is hurt in the process.

In the final analysis, I do not in any way belittle or ridicule the entirety of old world cultural traditions. After all, this country was founded upon the guarantees to have and practice the freedom of religious choice without impunity. This clearly includes the freedom of choice to raise one’s family to embrace the very same cultural and traditional values. When not hurting others who believe and thrive differently, culture and tradition not only provide spiritual and physical preservation but also promote the solidarity and continuity of a people. Cultural traditions instill unique pride and individual direction and purpose for mere existence upon this planet. But what I do feel is that within the ever-growing diverse world in which we progressively forward-march into the future – where the kerosene lamp, the nickelodeon, the brontosaurus and the French franc no longer have a place – some cultural and traditional upgrades may very well be in order. Inclusion, folks, inclusion!

Now, though it will be difficult, I will make a noble attempt to task myself with a description of The Big Sick – without (consequential) spoilers.

A romantic comedy, The Big Sick is based on the real-life romance between a Pakistani stand-up comic/Uber-driver and a young Caucasian-American psychology grad student. Kumail Nanjiani plays himself and Zoe Kazan (Elia’s granddaughter) portrays his love interest, Emily. The two meet at a comedy club and have a one-night stand, but then that first one-night stand is supplanted by another, and then another, and still another, until they realize they really like each other. They become a couple and their relationship is thriving until Emily discovers that Kumail is secretly being courted by Pakistani women handpicked by his zealous parents. As his family will sever all ties with him if he does not enter into an arranged marriage, Kumail is forced to admit he sees no future for Emily and himself, and they split up. Worse even still, Emily is hospitalized  shortly thereafter, and then placed into a medically induced coma. As fate would have it, it is Kumail who, by telephone, has to convey this information to Emily’s “long-distance” parents …

I referred to The Big Sick as a romantic comedy, yet my plot description above seems to describe something which is anything but. … Trust me, this film is a romantic comedy! The Big Sick is one of those rare, unique, magical films which deals with a most serious subject matter wrapped within a seemingly diametrically opposed hilarious comedy. There are a host of classic Hollywood films which mine this territory: To Be or Not to Be, The Great Dictator, Dr. Strangelove, M*A*S*H, to name just a few. The trick when combining the serious with the humorous is not to make fun of the serious subject matter itself. This is a cardinal truth. Hitler is not funny. Nuclear war is not funny. The Korean War is not funny. A coma is not funny. But surrounding characters and situations can become uproariously funny if handled with focused, sensitive balance! I dealt with this very hybrid genre in my indie flick Sidewalk Stories. Homelessness, too, is not funny!

Families happen to be a major plot point in this cross-generational, cross-cultural movie; we see a lot of Kumail’s and Emily’s parents, and smartly each parental sect gets approximately equal screen time. The Big Sick never makes the mistake of moralizing: It’s brilliantly fair in revealing all sides nonjudgmentally, and there is no politicized statement here, other than Love can conquer “much” (if not all). Happily, this romantic comedy never becomes sappy or maudlin. Instead, The Big Sick remains laser-focused on its four principal characters – Kumail, Emily, and Emily’s parents, Terry and Beth (played by Ray Romano and Holly Hunter) – and their strengths, their vulnerabilities, their dilemmas.

Holly Hunter is wonderful as Emily’s no-nonsense, feisty, take-charge mother, Beth. Her thick Southern accent invites you to just sit back and enjoy the mellifluous, dulcet tones. … The magnetic Indian actress Zenobia Shroff, playing Kumail’s mother, Sharmeen, does not allow the audience to take their eyes off her. Anupam Kher, also a distinguished Indian performer, is a pure comic delight as Kumail’s father, Azmat. Ray Romano’s terrific portrayal as the NYC-reared and put-upon milquetoast Terry, Emily’s father, is both hilarious and familiarly touching. He even provides the definition of why love is called “love,” and offers the sage advice, “Be very careful outside. If you feel a coma coming on, call me.”

There is one completely unexpected joke which brought the entire house down. Now, keep in mind what I said earlier: The serious subject matter is not what becomes funny, but rather it is from what surrounds that serious subject matter that comedy can be derived. And although this joke concerns the World Trade Center on September 11, 2011, just trust me, folks, if you can … The Big Sick is truly a cinematic joy!

An award-winning filmmaker who has worked for both Hollywood and in the indie world, Charles Lane has made feature films in several genres. His debut feature film, Sidewalk Stories won 13 International awards and has become a global darling, and is still playing in indie theaters throughout Europe. His leaning, it appears, has been in comedy. He is currently crowdfunding his latest project, the web series PleaseDateMeNow.com, on Kickstarter. 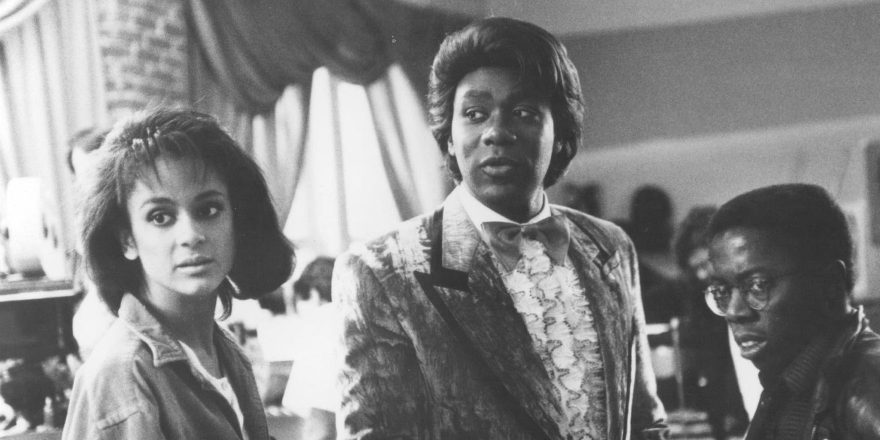 My True Identity in Disney Land 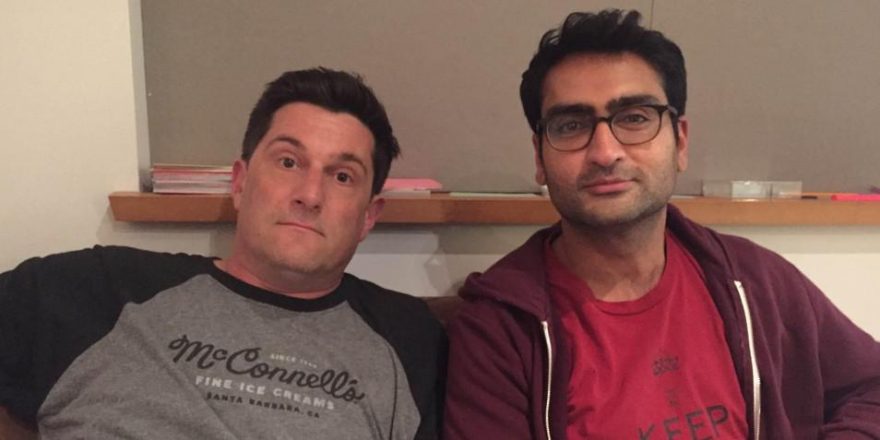 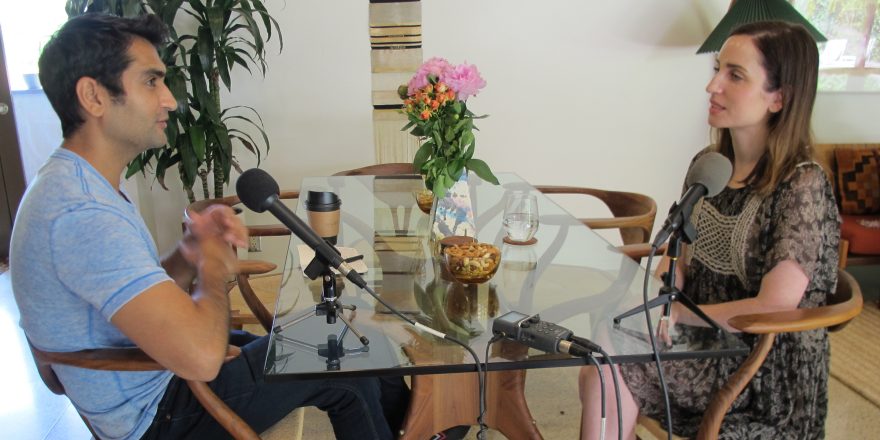 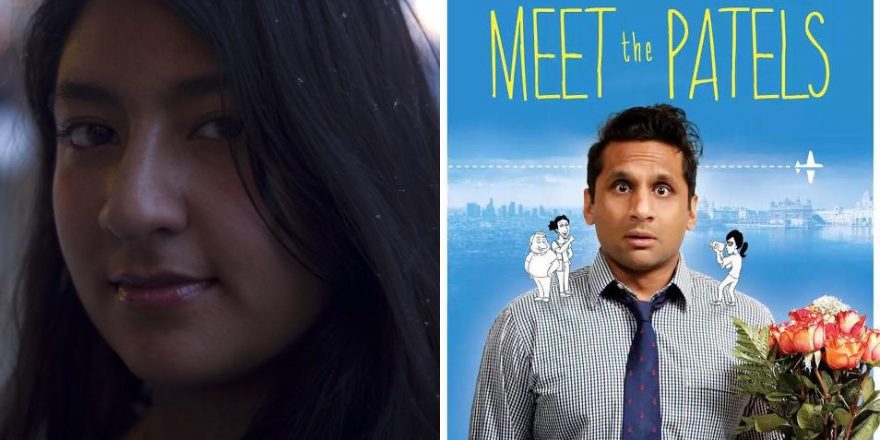