Nasty Baby has many of the qualifiers of a typical Brooklyn indie, a “genre” so ubiquitous in the world of low-budget filmmaking that even making fun of the cliché feels like a cliché. The movie takes place in Fort Greene, it features free-floating handheld camerawork and heavily improvised dialogue spoken by hip, liberal, upper middle-class Brooklynites, and it has a writer-director, Sebastián Silva, who puts himself in front of the camera to show off his likeability and spar with some more familiar faces, notably Tunde Adebimpe (from the band TV on the Radio and the movie Rachel Getting Married) playing Silva’s boyfriend in the movie and my dream man in real life, and, elevating the film to A-list Brooklyn indie status, an understated Kristen Wiig playing Silva’s best friend. Cool friends (including an appealing yet eyebrow-less Alia Shawkat – channeling Whoopi Goldberg, I’d like to imagine), art galleries, parties, a road trip, and roller skating rinks are also featured.

It might sound like I’m being negative here. Good! I was trying to mislead you, just like Nasty Baby does. The movie smartly uses these familiar tropes, leading you to believe you’re watching a certain kind of movie while a darker, more complicated movie quietly bubbles underneath before it finally erupts and makes you question any assumptions you may harbor not just toward Brooklyn indies but also about you as an audience member.

The plot focuses on artist Freddy (Silva) who, with the support of his boyfriend, Mo (Adebimpe), is trying to get Wiig’s Polly pregnant, in the hopes that the trio can raise a kid together as an unconventional family. Freddy believes that a gay man having a baby is a selfish act when there are so many children that need adopting, but a paternal instinct has kicked in, and he wants one. Because of this desire, Freddy feels he has to pay penance, which to him means putting together a video installation for a gallery show where he lies on the floor and cries like a helpless newborn baby.

Trouble arrives in the form of Bishop, played in a movie-stealing performance by Reg E. Cathey. (You’ve seen Cathey before, in everything from HBO’s Oz and The Wire to Se7en to the new Fantastic Four movie, and as Dirty Dee in Pootie Tang.) Bishop is a blight on the almost completely gentrified neighborhood in which Freddy, Mo, and Polly live. He obnoxiously wakes everyone up with his leaf blower at seven in the morning, sets up shop on stoops to strong-arm people into buying useless junk, and is prone to sexist and homophobic outbursts. He lives in an apartment that serves as a sort of halfway home for people with mental illness, and the well-meaning neighbors assure each other that the building has been sold to make new, nicer apartments and so the crazies will be out soon enough.

Coming on the heels of the recent Supreme Court decision regarding gay marriage, Nasty Baby delivers an appropriate commentary on the isolation of liberal havens like Brooklyn in a world where gays are still largely hated and not entirely safe. Conversely, the movie explores how our lead characters’ single-mindedness blinds them to the issues of the mentally ill and the way the neighborhood around them has changed. What lengths will they go to maintain the cushy existence that, after decades of gay rights struggles, they have earned? Is this what progress looks like?

Whenever it feels as though Nasty Baby is in a comfortable rhythm in its cushy, gentrified world, Bishop shows up to throw the niceness of the plot off the rails, at first in very subtle ways, and then so much so that whenever things start seeming pleasant, as an audience member you begin dreading the worst. The reason this works is because instead of skewering the aforementioned indie clichés and making an on-the-nose satire, Silva embraces the conventions of the quirky indie comedy, and he does them better than anybody else. I almost get the sense that he wanted to make a nice movie about a non-traditional family, but much like his character in the movie, felt he had to pay penance and not let everyone get off scot-free in order to do so.

The characters are funny and the comedy works. I went into Nasty Baby fearing I’d have a real problem with Silva making himself the star of his own movie (I know others who did), but he won me over in the first scene when, in his thick Chilean accent, he describes Jennifer Aniston, of whom he has an ironically taped magazine cut-out on his fridge, as “beige. Like a piece of bread.” (“Bayj,” mind you, not “bayzhe.”)

And let’s get real for a second and talk about what a hero Kristen Wiig is. After the huge success of Bridesmaids, she was in a position to do whatever she wanted and could have made unspeakable amounts of money doing it (picture a Gilly movie). Instead she followed it up with a string of independent movies in which she played difficult and not entirely loveable characters. Not all of these films were remarkable, but they proved she was willing to get uncomfortable and try things outside of her wheelhouse. I think the performance she gives in Nasty Baby is her best yet in this kind of role. She’s not just quick and funny, but also incredibly vulnerable, frustrated, and scared, sometimes all in the same scene (there’s a particularly touching moment between her, Silva, and Adebimpe toward the end of the film, when the nasty baby is conceived). Perhaps the indies were her penance for her mainstream hits.

Lately, and it’s been a real bummer, every movie I watch seems to be “decent” or “good enough.” Nasty Baby, though, broke that run and inspired me to remember that it is possible to get entertaining and thought-provoking films made and that it is important to make them. I’ve heard many audiences are, understandably, divided by this film. I for one am glad to see a gay Brooklyn indie comedy with no easy answers but all the right ideas. 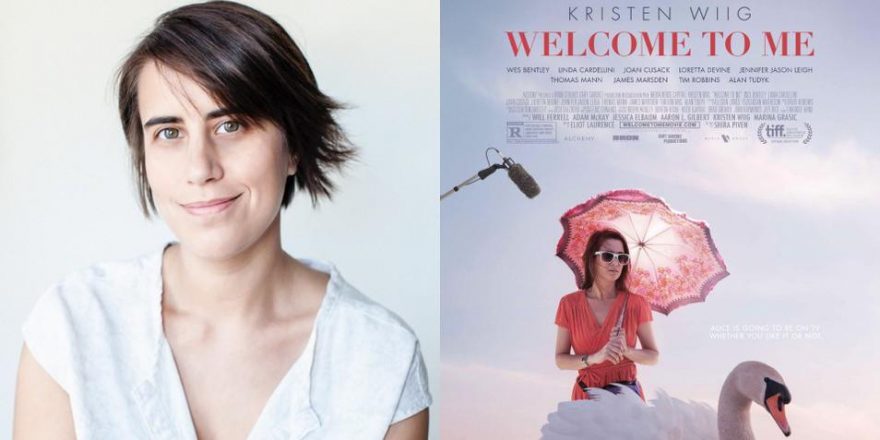 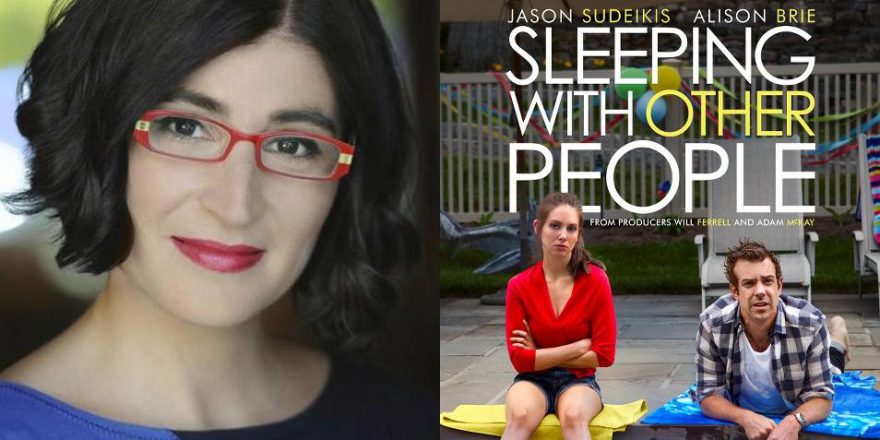 Negin Farsad (The Muslims are Coming!) Talks Leslye Headland’s Sleeping With Other People