As a director, David Wilson has made several shorts and the feature doc We Always Lie to Strangers (with AJ Schnack).  As a fest director, he co-founded the True/False Film Fest (with Paul Sturtz).  As a foodie, he’s partial to no-frills Midwestern and Southern cooking and the weirder corners of molecular gastronomy.

There are a few things you should know before you read any further.

And, as I’ve made clear, I am highly interested in the world of Noma.

My skepticism seemed justified as the movie began with some serious rock & roll. Rock & roll of a sort that makes you think Bono might pop out from behind a rustic wood column and start crooning. The film seems intent on making the case for Noma’s head chef, René Redzepi, as rock star. Someone says, “He’s not cooking supper anymore, he’s changing the world.” It might have been Bono.

But who is René Redzepi, you ask? A fair question. The film wants to assume that we all just know who René is, but it’s also generous with his backstory. He’s René Redzepi, the son of a Macedonian immigrant to Denmark and the coolest Danish mother, whose voice sounds like she’s smoked a couple packs a day forever. He’s René Redzepi, who decided to open a restaurant that would use exclusively Scandinavian ingredients. (That rules out lemon, sugar and olive oil, just to name a few.) He’s René Redzepi, who suffered through years of disparagement (“Blubber,” “Whale Penis,” “Seal Fucker”) from the food press and fellow chefs before being catapulted into the limelight with a pair of Michelin stars and then, in 2010, the Restaurant magazine imprimatur as the number one restaurant in the world. Rock star indeed.

But then the film shifts into gear as René discusses his failure to get a third Michelin star. He’s dismissive, but you can see the sting and it brings a realness that’s been absent until now. “In Macedonia, I ate the chicken of my life with my bare hands. Are you telling me that silver cutlery would have made it better?” “Should our waitstaff wear suits?” And, most triumphantly, “Fuck the bowties!” He’s on fire. He speaks plainly about Danish racism, but says, “It makes me more angry when someone doesn’t like a starter on our menu than when some loser says, ‘Fuck home to Balkans.’” Now this is a portrait of a punk rock chef.

And sure, maybe it’s pandering, but I kind of love the section about “Saturday night projects,” in which the entire staff gets to try out new recipes for each other and René. It totally feels like Chopped: Scandinavian Masters Edition. It’s candy, but I’m hooked. So, I’m bummed by how quickly that chapter passes. And then the film, close to the halfway mark, decides it’s got a narrative in it after all. We learn about a massive norovirus food poisoning episode, one of a series of “catastrophes” that befall Noma; they fail to get a third Michelin star (“Turns out Michelin stars are more difficult than babies” says René, cooking eggs at home with the second of his three children) and lose their number one restaurant ranking.

And here I’d locate Noma: My Perfect Storm’s biggest failing. Director Pierre Deschamps picked a period of tumult for the restaurant and identified the narrative milestones. This is not always obvious and he deserves credit for sensing his narrative beats. But he wasn’t there for these key moments in a way that would have allowed the film to be more observational and show us the story. It’s a missed opportunity and it holds the film back from being a truly great documentary.

But, ultimately, maybe that’s secondary for this movie. Remember, I told you about my lunch at Noma? It was during the time period the film covers. Which means while watching this film I got to savor luscious footage of dishes that I’ve actually tasted. And that footage made me remember the sheer joy that René and his food brought me. No joke. We would take a bite and burst into uncontrollable laughter. The food at Noma represents something that transcends restaurants. Their attention to detail (as evidenced in a great scene about lemon thyme) is extraordinary. At times, I’m sure this quest for perfection feels a bit ridiculous to the staff, but the results aren’t ridiculous. They’re sublime. And, for any filmmaker, it’s easy to locate in Redzepi’s zeal one’s own struggle to hold on to a vision. This obsession is why we care about chefs (and directors, for that matter).

And so the narrative missteps and stylistic tics of Noma: My Perfect Storm don’t matter in the end. People will go see this movie. Hopefully in droves. And, with any luck, this film will find its audience and we’ll get 50 Nomas all across the U.S., serving pawpaw, morels and ramps to a new generation of American food lovers.

As a director, David Wilson has made several shorts and the feature doc We Always Lie to Strangers (with AJ Schnack).  As a fest director, he co-founded the True/False Film Fest (with Paul Sturtz).  As a foodie, he’s partial to no-frills Midwestern and Southern cooking and the weirder corners of molecular gastronomy. 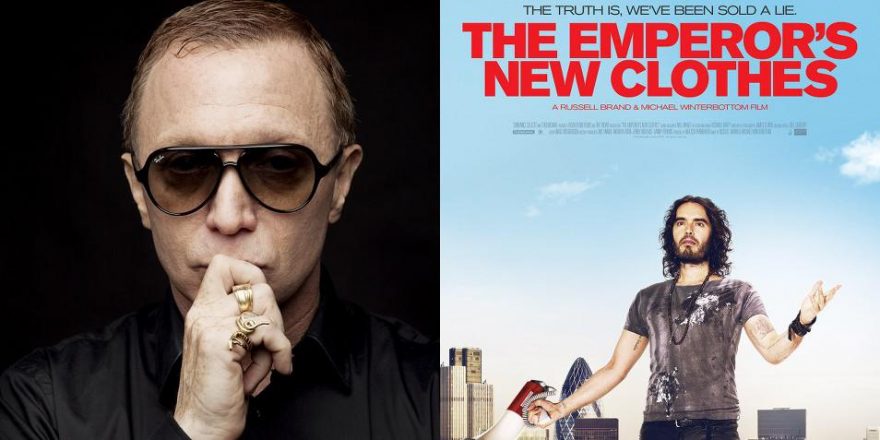