Everyone thinks s/he’s a good person, but your situation gets sorely tried when you reach that time in life where you lose it all – your job, your place, your parents, your mind, your heart – or all of the above. The nasty voice in your head (there since childhood, when you would fake “normal”) takes full sway. It says, “Look at yourself, fool. You’re worthless, heartbroken, ugly and alone. You’re crazy. You’re bad. You always were. Love? You’ll never get it.” But will you keep trying?

You’ve lost your home and even the sense of what home means. So you start to wander, nothing in your pockets, not even the coin of dignity. You walk. You ponder. You could fill a whole other world with all you don’t know about this one and barely scratch the list of what you need. But if in your searching, deep in a lonely place, a new opportunity comes up, a path that could improve everyone you love, even yourself, would you welcome it? No. ‘Cause you’re a nowhere man, a crazy, distraught deadbeat and a danger – to yourself and others. Your hospital exit papers say so.

Myself? Years ago I lost meaning and went nuts after watching my mother die angry after her agonizing illness. I couldn’t work a job, find a dollar, keep a relationship or an apartment. So I wandered, a load-bearing weight, from city to town. One-way bus tickets. Sleeping on couches. Visiting old friends till they got tired of me, chain-smoking sorrow. “I’m a disaster,” I said. “I have no one. But I must try.”

If you know this side of life (and yes, it waits for us all), you know Gabriel, the luminous debut of director and writer Lou Howe starring Rory Culkin in the title role as a possibly sweet, probably smart, perhaps permanently unsalvageable youngster fresh out the loony bin. Gabriel can remember being happy, feeling love, a time when life used to be lifelike. Now it’s an underwater fog. Drowning, desperate, angry, Gabriel is the fella who makes living impossible for others. So misplaced and wrathful he would argue with a brick wall, bust the skin of his knuckles beating against it, and then quickly exploit sympathy for his blood to extract information from a stranger. He’s the kind of dude who brings a lot of joy when he leaves a room. Gabriel cannot be candid with people, cannot help but start sentences with promises and lies or by ranting about “I deserve” or “I need.” Gabriel’s a mess.

But unlike some wooly indies about lost white boys searching for meaning, in Gabriel the filmmakers never get seduced by a fledgling pale dude’s sense of entitlement. Neither does Culkin, always a fine and clever actor who here reaches a near Robin Williams-level of profundity and concentration, with all the peril that comparison implies. This film is about a struggle to be human. And human freedom is comprised of small choices, seeking to retain your precious inner thing during that time in life when nothing is fun.

The plot is simple, almost stark. Upon leaving the institution, Gabriel wants to get back with his ex-girlfriend (Emily Meade), but she’s moved away without a forwarding address. He also wants love and support from his family, but only on his terms. However, Gabriel’s long-suffering yet lighthearted mother (Deirdre O’Connell) and brooding, conservative brother (David Call) will no longer accommodate his erratic, destructive compulsions. Gabriel may not be a drug addict, but he has an addict’s way of insisting everyone around him co-sign his view of how things are. Since his family now refuses to do that, things start to turn for the worse.

The film is superbly shot by Wyatt Garfield in the deep white, cerulean Northeast winter, scenic and frosty – like Culkin’s huge eyes – a packed-snow, deserted self-hate landscape. With no cinematic ballyhoo, just economic scenes, tense and taciturn, Gabriel drives you right inside its character’s skull, although there are only two or three “beauty” close-ups of Culkin, where his mournful lips and etched, incandescent features cleave startlingly out. You realize, forebodingly, how seized you are by this boy’s forlorn spirit, but you also fear his shakiness. Gabriel’s definitely a “Hide all the knives” kind of outpatient. You agree with the family it’s best to not want to love Gabriel hard. His needs are consuming. One kiss is too much and a thousand not enough. Soon Gabriel tosses his meds and flees to New York City to try to revisit the geography of his childhood, and the film turns jittery and anxious, with an agonizing montage that mirrors Gabriel’s mental state as he reaches the breaking point. But just when you fear the whole thing might spiral out of control into yet another banal portrait of a busted boy’s brain, the story takes an astonishing pivot to wisdom and quiet, in the form of Gabriel’s grandma Nonny, played by the brilliant Lynn Cohen, who – whether as the fussy housekeeper in Sex and the City or a ruthless Golda Meir in Spielberg’s Munich – always adds a fertile, authoritative tranquility to her proceedings.

From here in the family zone, Gabriel takes us to its most shattering plot turn as Culkin’s fearless performance obliterates the boundary between movie screen and viewer. In Gabriel’s mind, love is like capitalism; it serves the rich, the handsome, the lucky, i.e. those who have to work the least. Famines are organized rather than just occur, so you must fight back to win. We are transported to a nerve-shattering climax involving a stunned yet resourceful girl, her terrified father, Culkin’s quivering, pallid hand and a Bowie knife. It’s terrifying like a horror film; Culkin and Howe force you to look down and see the stabbing blade is clutched in your own palm. I know where this boy is. You probably do too, if you’ve reached rock bottom and started to dig. Gabriel, I would follow you anywhere – not just out of morbid curiosity but also in thrall to the plaintive request laced inside your croaky voice, which lets us know the future is not over. Not yet. Yes.

Gabriel is about hope. 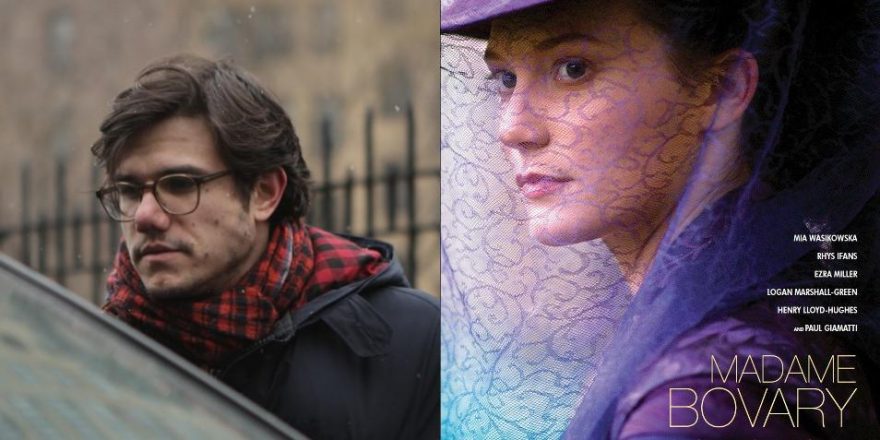